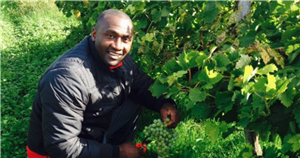 Former Birmingham City and Celtic star Olivier Tebily has found a new calling in life after retiring from football and realise his long time dream to grow wine.

The ex-defender made a name for himself charging through attackers and many were left in a heap when coming up against him in a duel. He is best remembered for his time at St Andrews, where he spent six years and making just 83 league appearances in the process.

After being introduced to the English game by Steve Bruce at Sheffield United, it took just seven games for Liverpool legend Kenny Dalglish to decide that he needed him at Celtic – where he was director of football at the time. His rough and tumble style made him a handful for strikers and a fan favourite in the stands.

But smashing up strikers was never Tebily's calling in life – instead he has always had his sights on something a bit more sophisticated. Since hanging up his boots in 2008, the Abidjan-born star made it his personal aim to become Africa's first wine grower.

And the 46-year-old has been a huge success, owning a vineyard where he makes his own brandy, called Cognac OT. He has produced several products where prices range from £44 to £135.

Tebily owns over 22 hectares of land in the French town of Cognac – the only place in the world where brandy can legitimately can carry the prestigious name of Cognac. It had always been in the back of his mind even when playing football as he wanted something to fall back on.

What would you do as a profession after retiring if you were a footballer? Let us know in the comments section.

"When I signed my first professional contract, I bought two hectares," Tebily told BBC Sport. "I said to myself: 'If I get an injury and football stops, I will have something to carry on with.'

"I did that because I used to work on this land to get a little bit of pocket money to go on holiday – to the seaside with my friends – before turning professional. It's really difficult to become a professional so I bought this straight away to insure myself.

"The local people were really, really surprised by an African footballer trying to do what they are doing. But I work Monday to Sunday and people are really surprised – they didn't think I would do this work because it's really hard.

"But I don't do this to impress people. I love this work and want to go as far as I can." 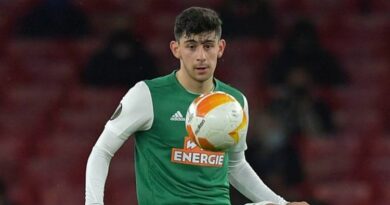 Rangers vs Celtic Old Firm postponed due to coronavirus fears