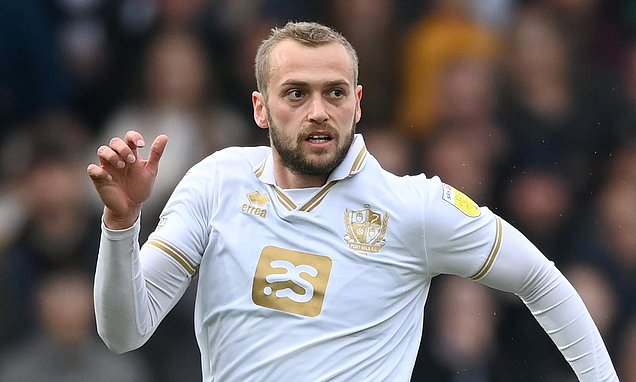 James Wilson was billed as the ‘next star’ at Manchester United before injury and anxiety turned the dream into a nightmare… now the striker, 26, is enjoying a resurgence at Port Vale and has his sights set on Wembley

Most kids dream of the Hollywood lifestyle of being a footballer but few discuss the emotional scars of being released, career-threatening injuries and tabloid speculation.

The darker side of the profession — being sent on loan 200 miles away from your family as a teenager or the parasitic anxiety that comes with the pressure of elite football.

James Wilson has lived it all. He scored two goals on his Manchester United debut and heard 75,000 chant his name at the Theatre of Dreams. Injuries and anxieties turned those dreams into a nightmare, but Wilson says he has found his peak fitness at Port Vale. 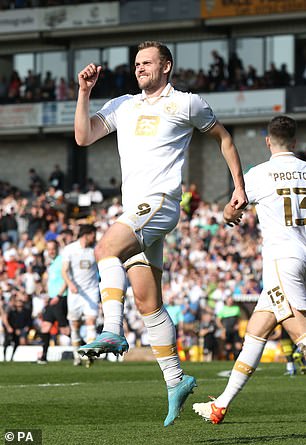 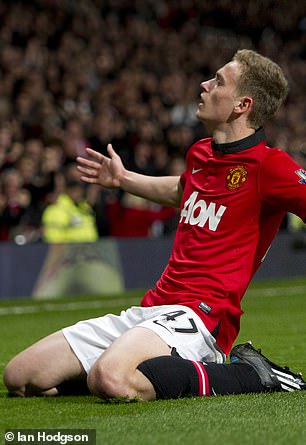 ‘I’ve had lows and dark times, but they can be outweighed by highs of experiences and people you meet,’ says Wilson, now 26.

One of those highs would be guiding Vale to Wembley and promotion. They start their League Two play-off bid on Sunday at Swindon, with the return leg in Burslem on Thursday.

But let us rewind to the start. ‘I got scouted when I was seven playing for a local team in Stoke and ended up at United’s academy from then until my early 20s,’ says Wilson.

‘Because I broke through at such an early age, I was naive to it. I didn’t see the effects of the pressure of so many fans there.’ 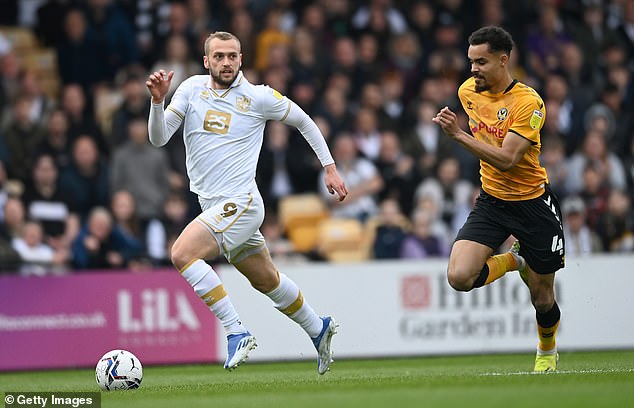 Wilson marked his debut as an 18-year-old with a brace against Hull. United fans started discussing his prospects as ‘the next star’, a replacement for the ageing Robin van Persie.

But he made just 19 further appearances and scored twice more. ‘If people want to say I am a failure, they can have that opinion,’ he adds. ‘But all that I can say is that I am working so hard week in, week out to try to get my career back to what it was.’

He went on loan to Brighton, then in the Championship under Chris Hughton, and got regular football under his belt, including both legs of their play-off semi-final loss.

But Brighton fans’ main memory of him was on New Year’s Day 2016, when he vomited on the pitch live on Sky Sports.

‘The pressure and anxiety got to me and I could not hold it in, I was sick,’ he says. ‘It happens to a lot of footballers, especially when in front of the cameras. 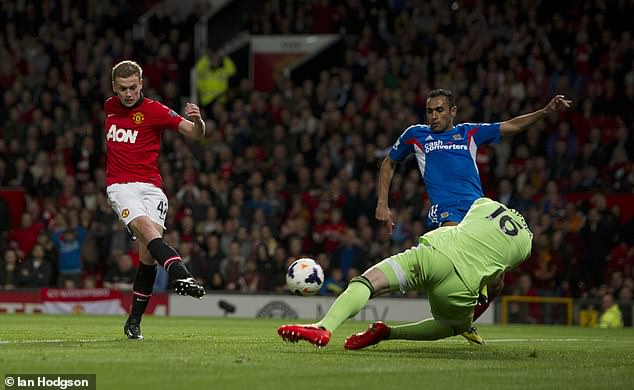 ‘It was on New Year which didn’t help. Fans made up their own mind that I was sick as I was hungover from New Year’s Eve. I was 18 when I went to Brighton, I’d never been away but it prepared me for what was to come.’

What was to come was a series of injuries and ultimately, being released from United.

‘My low point was doing my ACL, it was worse than being released — a dark time.’

Wilson is not the only man at Vale to experience dark times. Boss Darrell Clarke was on compassionate leave for a large spell of this season following the death of his daughter.

‘For a club and community it would be amazing to get us to Wembley,’ says Wilson. ‘The gaffer is a great personality. It was such a lift for us to see him back in the dugout.

‘If I had advice for my younger self, it would be to enjoy your football. I didn’t realise it at the time as I came through so young.’