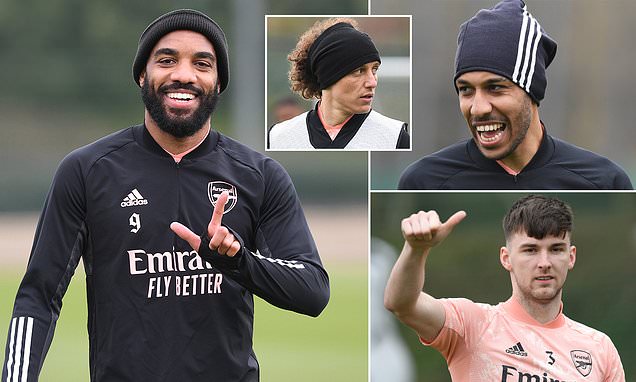 Captain Aubameyang returned to training at the end of last week having been hospitalised after contracting killer disease malaria on international duty.

As he is not back up to 100 per cent both health and fitness wise, a place on the bench is expected to be most likely for Gabon striker Aubameyang. 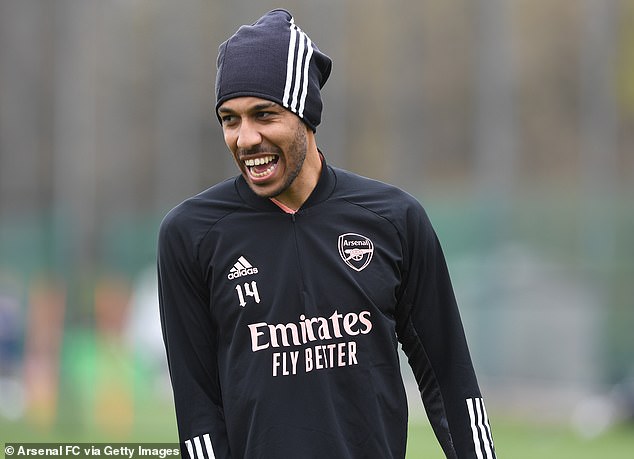 Though he is ready to make himself available if called upon by Arteta and there is a belief his natural fitness levels will get him through however much time he is required for, despite last playing on April 8 and barely trained fully since his return.

Lacazette is in line to return to Arsenal’s squad after missing Arsenal’s defeat to Everton last week due to a hamstring injury.

Left-back Kieran Tierney has also made a quicker than expected recovery after damaging knee ligaments against Liverpool. 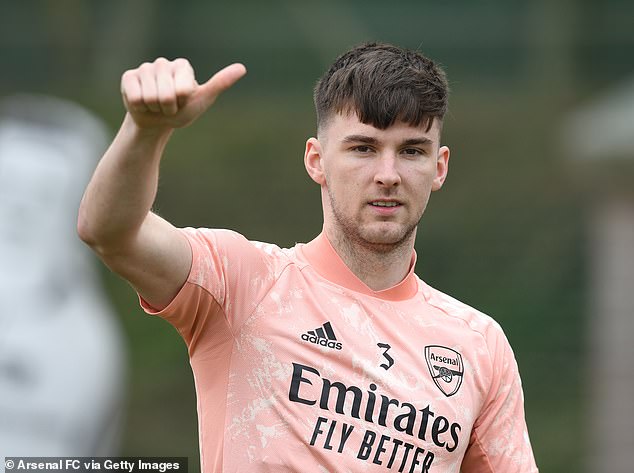 Tierney was in a knee brace for a couple of weeks after the injury but has been able to take part in some training and could also earn a place on the bench.

Arteta said: ‘He didn’t need the surgery that at the beginning we were afraid of. Then he has been working like a beast every single day.

‘And I don’t know if he is going to make it tomorrow, but certainly he wants to be as close as possible to that football pitch to give himself the best possible chance.’

Defender Luiz has also been back in training this week after over a month out following a minor knee injury. 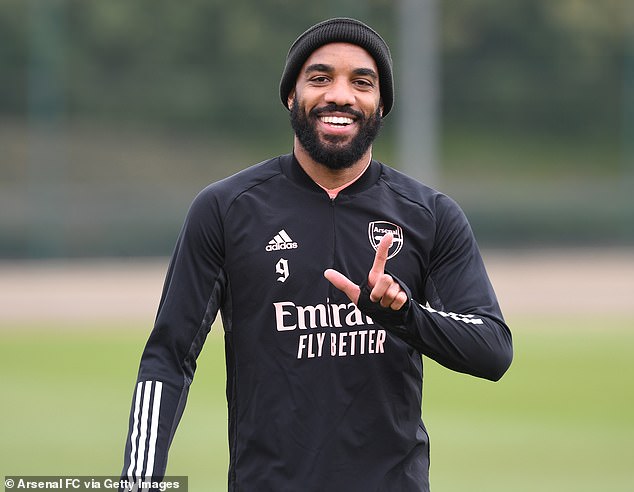 Arteta, though, vowed not to take any risks with his returning stars, despite the importance of Thursday’s night’s game.

‘We do need them because we know that we have some players that are in contention and they are the ones than can make the difference in a big tie like this.

‘But the word risk, I don’t like it. I want to put players on the pitch that can perform and feel secure they can perform. If it is a risk or we are going to take a gamble, I don’t think it is the right game to do it.’ 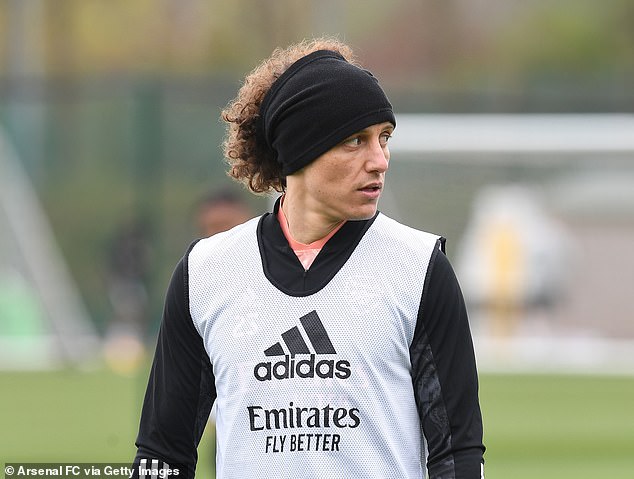