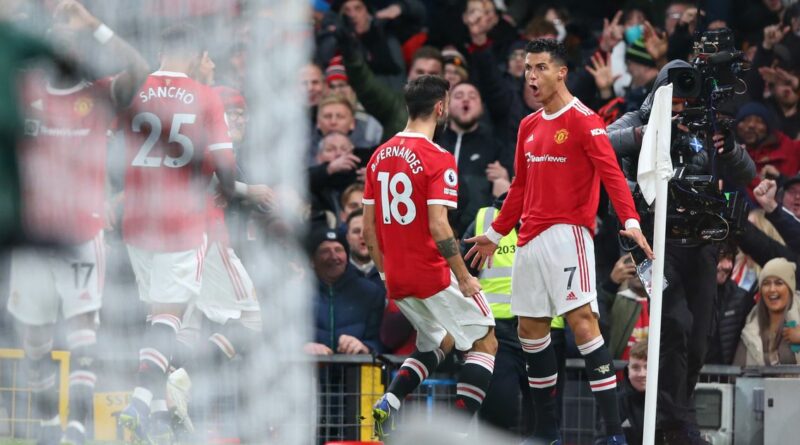 The final match of Michael Carrick’s reign as Manchester United caretaker boss saw the Red Devils maintain their unbeaten record under the Englishman with a thrilling 3-2 win over Arsenal.

Incoming interim manager Ralf Rangnick was watching on from the directors’ box with former Newcastle star Alan Shearer tipping him to have an influence on proceedings.

But United went behind in bizarre fashion when Emile Smith Rowe fired into an empty net with David de Gea temporarily injured.

Bruno Fernandes got United back on level terms after a well-worked team move before Cristiano Ronaldo and Martin Odegaard scored within 90 seconds of each other.

Odegaard then brought down Fred with an ill-judged tackle, with referee Martin Atkinson awarding a penalty after VAR's intervention and Ronaldo stepped up to slam home the spot-kick.

Caretaker boss Carrick controversially dropped Cristiano Ronaldo to the bench for the trip to Chelsea on Sunday.

But the Portuguese superstar was recalled for the visit of Arsenal and he showed why he should start whenever fit for the Red Devils.

Ronaldo gave United the attacking spearhead that they need when they enjoy a substantial amount of possession.

The 36-year-old gave Carrick the perfect reward for his recall by putting United in front when he fired Marcus Rashford's pass into the far corner before stepping up to score the match-winning penalty.

Who was your man of the match from Manchester United's clash with Arsenal? Let us know in the comments section…

One of the players who has come in for much of the criticism being aimed at United has been Aaron Wan-Bissaka, though his place in the team had looked secure.

That changed on Thursday, with Diogo Dalot finally handed his chance, and it was one he took with both hands.

Dalot took up a position that was much further forward than Wan-Bissaka does, helping United to stamp their authority over the Gunners.

He was also solid defensively, winning two duels and making five recoveries, as well as offering much more of an attacking threat than his rival for the right-back spot at United.

Having opted for a defensive line-up in the trip to league leaders Chelsea, Carrick showed his tactical versatility by going with a more attacking outlook at the Gunners.

The switch certainly worked, with United enjoying the majority of the possession and looking more threatening than their opponents.

They scored three goals at home in the Premier League for the first time since the hammering of Newcastle in mid-September.

With United playing further up the pitch, that also pinned Arsenal deeper into their own half and allowed the hosts to close out the win.

With the game entering its closing stages, Carrick introduced Jesse Lingard in place of a struggling Marcus Rashford.

Though he was only on the pitch for 11 minutes, Lingard gave United much-needed fresh legs in midfield as they looked to protect their lead.

His attacking instincts also meant that United remained threatening on the counter-attack despite Rashford's departure, with the hosts having a number of opportunities to put the game to bed. 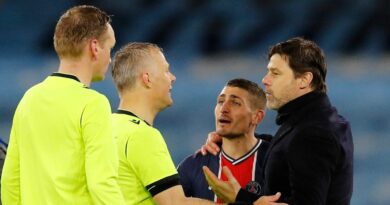