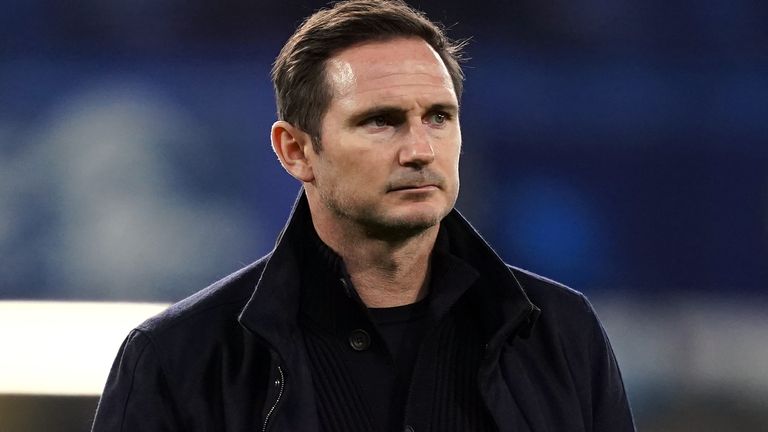 Frank Lampard says there are some players in his Chelsea squad that are struggling with coronavirus for longer than others and admits it has been “very challenging” for his medical staff.

Covid-19 is once again dominating the Premier League, with Everton’s fixture against Manchester City, Tottenham’s game at Fulham, and Burnley’s meeting with Scott Parker’s side all recently called off due to fears over the virus spreading, with cases in the league on the rise.

The outbreak also threatened the clash between Chelsea and Man City – live on Super Sunday – but the game is still set to go ahead, despite both camps struggling with omissions. Pep Guardiola’s side are missing five players, while the Blues are without two members of staff.

Lampard told Sky Sports it has been a difficult period for himself as well as his club colleagues who are tasked with keeping the players at peak health and fitness.

Asked to describe the situation, he said: “Very challenging, not just for me but the medical team and sports science because some players are asymptomatic and come back training within a few days and reach their top level, but then there are some players who take longer.

“They report tiredness and fatigue and because everything is so new, we don’t have anything to gauge it by. We don’t have the right methods to know how to get players back to a level as quickly as possible.

“It’s not just us but a problem for the league. This year is different and will be different until we get to the other side.”

The Chelsea head coach called for patience over certain players, such as Kai Havertz, as they adapt to not only a new league but trying to play after suffering “severely” with coronavirus.

“Just as Kai was coming to terms with the Premier League and had some really good performances with us, he got Covid and he had it quite severely, as I think people are really starting to open up about now,” he told reporters.

“I have read a few things recently about how much people can suffer with it now. Some people are asymptomatic. He definitely has had a bit of a fallout with that physically and I speak with him a lot and we know that.

“It is something we are trying to help him to deal with. Yeah, the expectation around him you have to put context into the story. Kai’s talent is undoubted. I see that every day.

“I am not trying to compare Kai directly with that but there are so many stories across the Premier League, not just Chelsea.

“I have full belief in him. We need to give him that time, particularly because of the Covid situation – that is a problem. That is not a non-issue; it is an issue that is related beyond his illness.”

A run of three defeats and a draw from their last five matches has seen Chelsea lose ground in the Premier League title race ahead of Sunday’s meeting with City at Stamford Bridge.

Asked about the impact of Havertz along with team-mates Timo Werner, Hakim Ziyech, Christian Pulisic and Callum Hudson-Odoi, and if they could be the difference as Chelsea try to end their poor run, Lampard said: “Patience is key.

“It’s a lot to ask for in football because people want it tomorrow. We’ve never had Pulisic and Ziyech available at the same time.

“Callum Hudson-Odoi is still a developing player but we’ve seen some great stuff from him, particularly in the last couple of games. Werner and Havertz still getting used to the league.

“We’ve seen that with many top players. They will all improve and it’s an exciting prospect.”