Chelsea manager Frank Lampard has held talks with Napoli striker Dries Mertens as the Blues try to convince him to come to Stamford Bridge this summer. The 32-year-old is out of contract in a few months and is unlikely to sign a new deal with Napoli.

The Blues failed in their attempts to sign Mertens in January and even tabled an £8.7million (€10m) offer, despite his contract ending in June.

However, according to transfer expert Gianluca Di Marzio, Chelsea are talking to his representatives, and Lampard has also spoken to the player.

“In January, they offered €10m despite his contract ending in June. But Napoli said no because they wanted him to break the club’s record of goals. 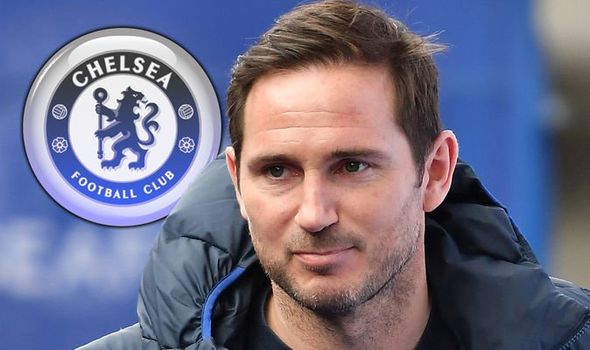 “Now his contract is ending and, in this moment, he is not renewing with Napoli. The deal with Napoli is in a difficult way and I know Chelsea want him again.

“They are talking to his representatives, Frank Lampard has spoken to the player and they are pushing forward to convince Mertens to accept their offer.”

However, if Lampard can convince Mertens to join he would be saving the club millions in transfer fees as the Belgian would be a free agent.

And while the details of Chelsea’s offer to Mertens are not known, last year Napoli president Aurelio De Laurentiis offered the striker £3.5m (€4m) a season to commit the next two years of his career to the club, although Mertens has not accepted this deal.

He has gone on to score 121 goals and provide 73 assists in 311 appearances for the club in all competitions.

The Belgium international will turn 33 next week, but this season he has still demonstrated his goal-scoring abilities by finding the back of the net 12 times in 29 appearances. 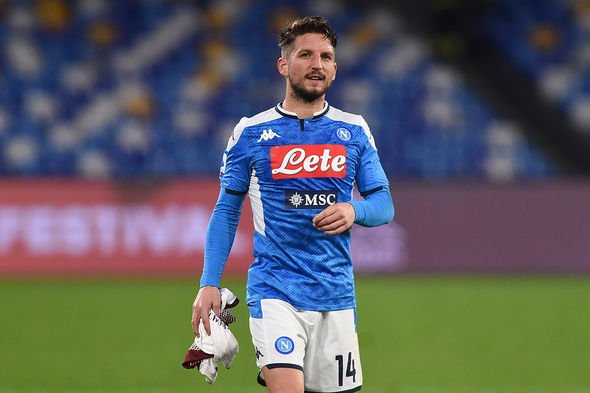 He also continues to show his attacking talents on the big stage, as six of his goals came in just seven Champions League games.

Lampard wants to add another striker to provide competition for Tammy Abraham next season, who has been in fantastic form for the club.

Michy Batshuayi has had another disappointing campaign and is expected to be sold in the summer after the 26-year-old has only scored one goal in 16 Premier League appearances.

Meanwhile, Giroud is now set to extend his contract with Chelsea, which will keep him at the club until 2021.

The 33-year-old was on the verge of leaving the club in January and after entering the final six months of his contract he had been linked with a move to Inter Milan, but Chelsea refused to allow him to leave after failing to sign a striker.

Giroud was given another chance following an injury to Abraham and he impressed during this spell by scoring two goals in four games.

“key areas” of his squad.

“We have good young players and experienced players that have helped them this year, but we know there are little areas within the squad that we will look to recruit [for] going forward,” he told Sky Sports.

“With this period and what’s going on in the world, it’s made it very difficult to plan on that front.

“We have to have different versions of plans. But going into this break, I certainly felt we were moving in the right direction.”