Chelsea could allow six players to leave the club in the January transfer window, according to Sky Sports reporter Dharmesh Sheth.

Frank Lampard has been unable to bring in any new signings since taking over at the club due to a FIFA transfer ban but that has now been lifted.

And the Blues are expected to be busy in January as Lampard looks to strengthen his squad to help continue their good start in the Premier League and Champions League .

But as a consequence the club could also be letting several players leave Stamford Bridge to make room for any incomings, says Sheth.

Also on the list were midfielder Ross Barkley and winger Pedro, as well as strikers Olivier Giroud and Michy Batshuayi.

“The left-back area is one Chelsea and Frank Lampard haven’t cracked yet,” Sheth told the Transfer Talk podcast.

“Both Emerson and Marcos Alonso have played this season but neither has been able to nail down that position. “Add to that Pedro’s contract is up in the summer and he’s started only four times in the league this season, there could be movement on him.

“And then midfielder Ross Barkley, remember him? He hasn’t actually played since October. Could he be another one that’s potentially on the move?

“Two more likely departures though are two strikers. Let’s start with Olivier Giroud, he’s another player whose deal is up in six months.

“He’ll be desperate for first-team football with the Euros coming up in France. So Giroud could be on his way out of Chelsea.

“Another man whose opportunities have been limited is Michy Batshuayi.

“He hasn’t started in the league under Frank Lampard and Aston Villa have made enquiries for him.”

The Blues currently find themselves in fourth place in the Premier League at the turn of the year.

And they have been drawn to play German champions Bayern Munich in the Champions League last-16. 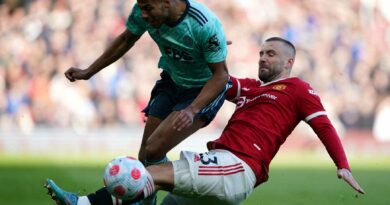