Frank Lampard will have “the hardest job in the world” trying to keep his array of world-class stars happy at Chelsea, says Paul Merson.

The Blues have bolstered their squad with almost £250million worth of reinforcements this year, forking out a club-record £72million on Germany ace Kai Havertz.

Timo Werner also arrived in a £54million switch from RB Leipzig, while Hakim Ziyech completed a £36million move from Ajax.

It is not only in attack where Lampard has strengthened, nevertheless, as England left-back Ben Chilwell (£50million) and Senegal goalkeeper Edouard Mendy (£22million) also joined his side.

And after leaving Paris St-Germain upon the expiry of his contract in the summer, Thiago Silva signed for Chelsea on a free transfer to add some much-needed stability at centre-back.

Their new recruits already appear to be gelling, having avoided defeat in their last eight matches while keeping six clean sheets.

But while he expects Chelsea to challenge for the Premier League title this season, Merson believes Lampard will have a huge problem keeping all of his players happy.

He told Sky Sports: “If we are going to talk about Tottenham winning the title, then Chelsea are right in the mix. If Spurs can win it, then for sure, Chelsea can win it.

“Frank Lampard has now got who he wants in key positions and you can really see the difference.”

Merson then added: “The problem is going to be keeping everyone happy and that's going to be the hardest job in the world. You are going to have top, top-draw players not playing, and that's hard.

“Kai Havertz wasn't even in the squad [vs Sheffield United] because he was unwell and Christian Pulisic is injured too. Mateo Kovacic played on Saturday, but he hasn't been playing. That's going to be the problem Chelsea have to contend with going forward. “Is the squad too big? It depends how far they go in certain competitions, but that is where [Jose] Mourinho was great. If you look at his Chelsea team and the squad he had at Stamford Bridge, you never heard anybody moaning.

“From the outside, you always thought, 'wow'! How do you keep all those players happy? There's got to be an art to it because when you've got that quality of player, to keep them all happy when they are not playing is a major skill.” 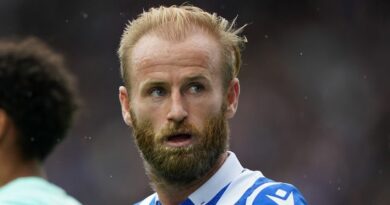