Home » Soccer » Frankie McAvoy interview: Preston North End boss on taking charge for the first time in his fifties and loving it 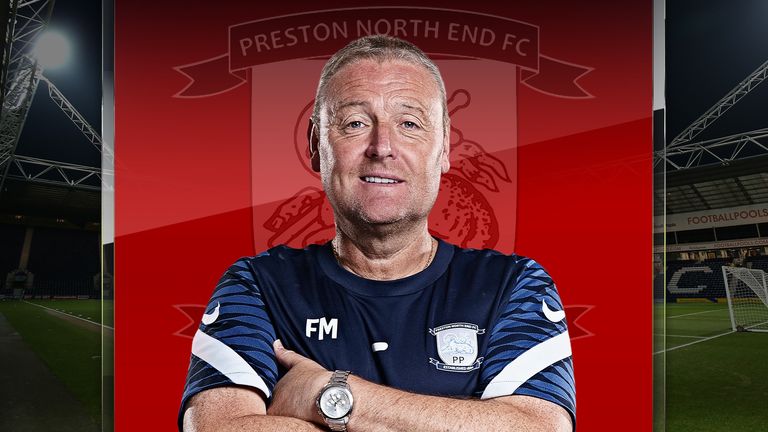 He has been called the accidental manager and Frankie McAvoy understands why. The 54-year-old Scot spent almost two decades working for Royal Mail before embarking on the journey in football that has led to him becoming manager of Preston North End.

Having been assistant to Alex Neil at Hamilton and Norwich, winning promotion with both, the key moment in the McAvoy story came when Neil parted company with Preston in March. He was asked to see the club through the final eight games of the season.

“I say this honestly and religiously, I never had any aspirations to be a head coach or a manager on my own,” McAvoy tells Sky Sports. “I never expected to be offered it when Alex moved on. But when you are offered the job, you could never turn it down could you?

“When you are thrust into that situation, sometimes you need to take risks. I felt that if I did not do it now then I was never going to do it. I was coming up to 54 years of age. I decided to have a go and see where it takes us. God willing, it went well.”

Preston won five of those remaining eight games, boasting the best points-per-game record of any team in the Championship from the moment McAvoy assumed control.

Evidently, he commands respect. But there is also a wide-eyed innocence there. A man enjoying these new experiences. Someone old enough and open enough to admit it too.

It is difficult, for example, to imagine an insecure manager, more conscious of his image, so willing to acknowledge that he made a tactical error as Preston were beaten 5-0 by Brentford. After going behind, he tried to be proactive, changing formation too soon.

“I moved away from the back three which had done well for us and went back to the back four,” he recalls. “It was solely my responsibility. I knew myself that it was a make or break decision. When you do these things you know that it could go one way or the other.

“Unfortunately for me, it went the wrong way. But it was a great learning experience. When I look back on it, it was a sore one. I don’t like losing anyway but losing in that way hurt me.

“I knew in my heart and soul that I had to watch it back and learn from it. We all make mistakes. The big thing is to learn from them. Hopefully, I don’t make that mistake again.”

One thing makes it a little easier to be so magnanimous.

“Thankfully, after that Brentford game, we never lost again.”

The response from the players was so impressive that when the applications came in to become the new permanent manager at Deepdale, the owners stuck with McAvoy instead. He did more than steady the ship. He changed the system, improved the team.

The qualities honed as a long-time assistant came to the fore.

“My background was in organising, technical and tactical coaching. It was my biggest strength. Leadership, building relationships, creating leaders, I was always good at that.” 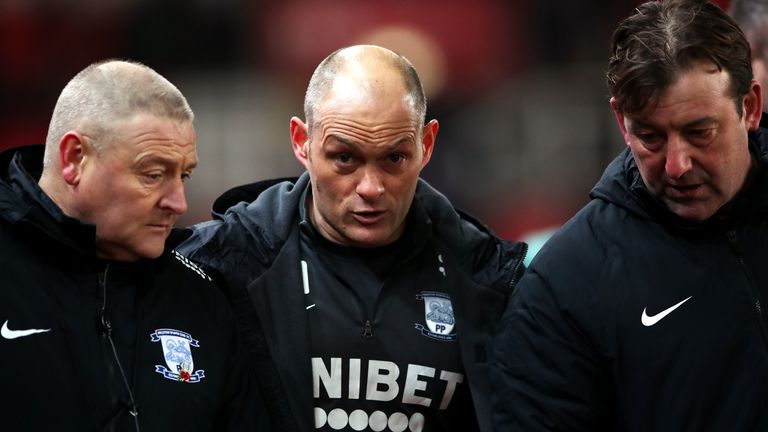 Even so, he is aware that after almost four full seasons as Neil’s deputy, there are those among the supporters who would have welcomed a more drastic change of direction.

“I probably was not most people’s choice,” he says.

“In terms of managing in my own right, I have no experience of doing that beyond the eight games and that little stint I had with Alan Irvine at Norwich when Alex moved on from there.

“The club showed a lot of faith and trust in me. They are good people to work for. First and foremost, to give me the chance to do well over the last eight games that we had and then to give me the job. It is a fantastic club and I have been made welcome from the first day.

“I am really looking forward to it now. We are all unique individuals with our own ideas of how we want to see things done. Now I have a chance to put that into practice.”

There was a brief break, a trip to Flamingo Land in Yorkshire, where McAvoy was able to get the family together, including his sons, one a doctor in Edinburgh, another a firefighter in Lowestoft. “I think that was the first time since Covid-19 kicked in,” he says.

But he was soon back to work, preparing for his first pre-season as a manager. “It has been different from what I am used to. The difficulty is balancing it so that everyone gets enough game time. It has been tough, to be honest. The schedule has been gruelling.”

It has not been without its complications either. The game against Bamber Bridge proved awkward. “Flooded in July. Torrential rain.” The showpiece game against Manchester United was cancelled due to Covid-19. “Bitterly disappointing, a kicking when we were down.”

There was a win over Celtic, a special one given that his father worked for the club, and a run out against Manchester City that proved useful for “dealing with not having the ball” but it has been frustrating that games have been played behind closed doors. 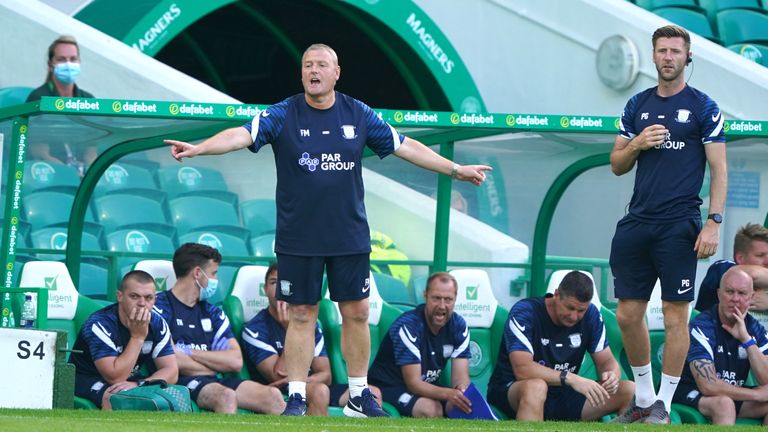 The injury to Izzy Brown within weeks of his signature – one McAvoy had worked hard to secure – was rather more than frustrating. “Sometimes these things happen and you do not have any control over it,” he says. But a damaged Achilles is a huge blow.

“It is an absolute nightmare, a dagger to the heart for him as a player because he was starting to look good and we were beginning to get excited about him. The most important thing is that he is back on the road to recovery, he has had his operation.”

Fortunately, others are returning. Liam Lindsay’s loan from Stoke has been made permanent, while young Sepp van den Berg from Liverpool has had his stay extended. Declan Rudd, Patrick Bauer and Daniel Johnson are all back from injury.

“We are a lot better in terms of numbers than we were,” says McAvoy. “A lot of the players were not involved at the end of last season so the competition is there now. Knowing there is somebody just as good waiting for their chance is a good thing for me and the squad.”

Up front, there are options. Emil Riis Jakobsen “is confident and looking to do well after losing his way a bit” while Ched Evans, Scott Sinclair, Tom Barkhuizen and Sean Maguire can all challenge for places – handy because McAvoy wants to stick with two strikers.

“I do like the two up top and it has worked well for us. The players are comfortable with it. We have done a lot of work in pre-season on our style of play and how we expect to set up, things we can do with and without the ball against different shapes and formations.

“There has been a lot of work done with the forwards, the wing-backs and the centre-backs being on the ball, being structured when we are out of possession and then being as expansive as we can be when we have it. We have to pose that threat on transition.” 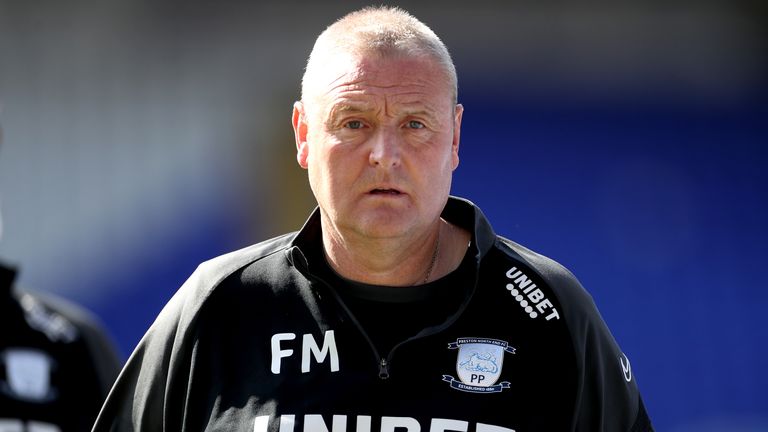 The concern for supporters is that while there are numbers in attack, do Preston have the natural scorer who is going to get the goals that will really make the difference? Typically, rather than dismiss those fears, McAvoy understands that it could be an issue.

“It’s just getting that player who is going to get me 20 goals a season that is the hard part. Who is that guy who can guarantee those goals? That is not easy. We are all looking for them. We are still looking at a few targets and we are hopeful that business can be done.”

Preston face Hull on Saturday, the start of the 46-game marathon that is the Championship season. So, what are the ambitions for the accidental manager now?

“If we can push towards the playoff positions, that is where we have to aim,” says McAvoy. “Everyone will tell you the same. I would not be lying if I said I was hoping for top half minimum and give ourselves a chance of the playoffs but it will be difficult.

“I just hope we can do ourselves justice, get the fans behind us and finish as high as we can. What I can say is that I will do my utmost for the people here at Preston, the supporters and the players. We will do the best we can and you never know how far it will take us.”

After all, it has taken Frankie McAvoy this far.