Frenkie de Jong is living it up in Catalonia despite nearing a transfer to Chelsea after a three-month saga over his future.

The Barcelona midfielder is more likely to move to Stamford Bridge than Manchester United, who have admitted defeat in their drawn-out pursuit driven by new manager Erik ten Hag, as the Spanish side attempt to force him out.

But the 25-year-old struck a pose as he enjoyed a wakeboarding jaunt with fiancée Mikky Kiemeney in north-east Spain. 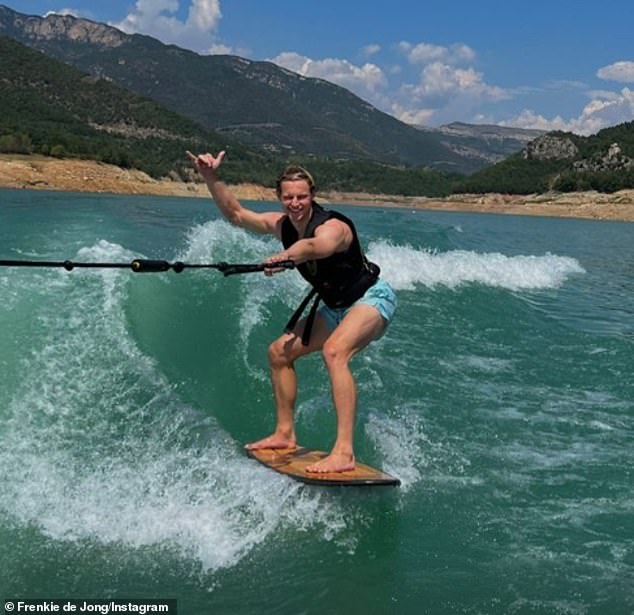 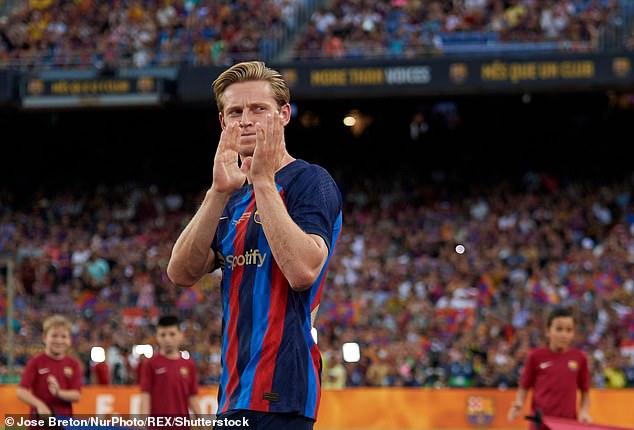 De Jong, who proposed to Kiemeney last month, posted to his 10.6million social media followers on his Instagram story.

Barca want to sell the highly-paid Dutch star as they look to desperately recoup some money and get his salary off the wage bill so they can officially register several new signings amid their financial crisis.

Ten Hag, who worked with De Jong at Ajax, had been confident of reuniting the pair at Old Trafford but their chances of a deal are now hanging by a thread, with De Jong reluctant to leave without Barca paying the £17m they owe him in unpaid wages. 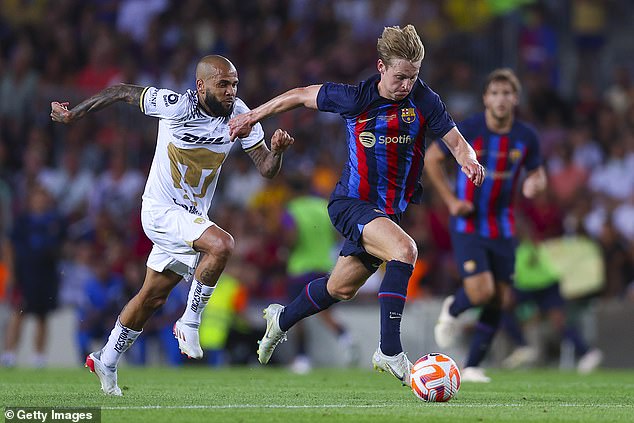 Chelsea have emerged as a realistic alternative destination for the 44-cap international. Joining the Blues would mean the midfielder could continue to play in the Champions League if he is forced out of the Nou Camp.

Sources have indicated a move to Stamford Bridge is a more realistic prospect than a switch to United, with the Red Devils now pressing ahead to sign Juventus midfielder Adrien Rabiot.

De Jong, who was told ‘Lower your salary, p****’ by a Blaugrana supporter on Wednesday – could be involved in the club’s LaLiga opener against Rayo Vallecano at the Nou Camp on Saturday. 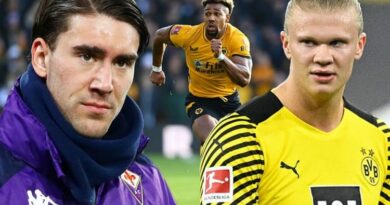