Home » Soccer » From fantasy to reality: The Socceroos get the bleus 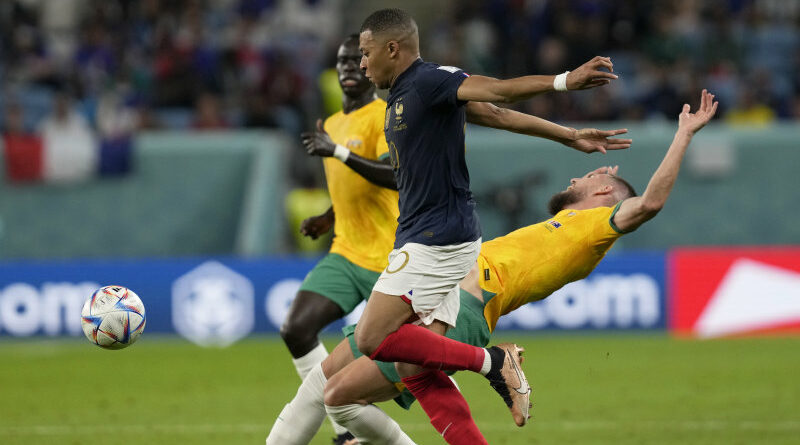 You want a colour story? In the long preliminaries to the Socceroos World Cup, coach Graham Arnold forbade his team from referring to their opponents as France or the French, the sumptuously talented World Cup holders. They were the blue team, eleven players, just like them.

For a few dreamy moments at the Al Janoub Stadium, Arnold’s head games worked. You saw it, I’m sure. Harry Souttar’s long crossfield pass found Mathew Leckie on the right. He beat Lucas Hernandez, who in that moment appeared to do his knee. It was a bad break for him, but a rare stroke of good fortune for Australia at the World Cup.

And there at the far post was Craig Goodwin to lash home the goal.

Goodwin, and only him, no marker to be seen. The French players had said pre-match that they didn’t really know the Australians. Now, there was a whiff of didn’t know and didn’t care.

To the blue team, this really was the nameless, numberless yellow team, and it was suddenly their problem. Craig Goodwin? The French played as if they’d barely heard of Adelaide, let alone Adelaide United and their man. As for Tasmania … 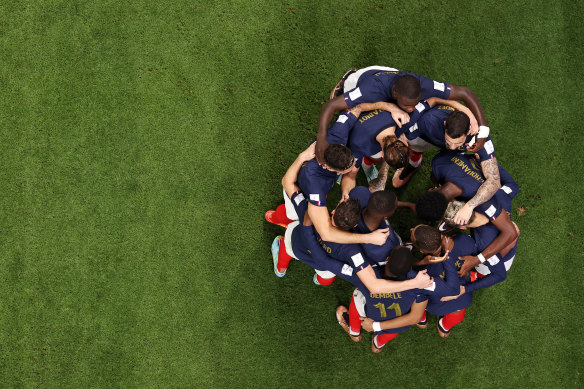 For a moment, the Socceroos’ weakness was their strength. They had warmed up in what looked like camouflage tops and were playing incognito. Following Saudi Arabia’s stunning defeat of Argentina earlier in the day, could lightning really strike twice in the one place? If it could be made to happen anywhere, it would be in techno-savvy, money-no-object Qatar.

In one corner, a small Australian contingent were like their team, working hard to make their presence felt. Now they had moment. The world was full of possibilities. A goal from open play already was more than Australia had managed in all of Russia 2018. The lead in a World Cup match was as common as the sighting of a bunyip.

But this blue team was France. Depleted France, divided France, according to reports, but France nonetheless. Goodwin’s goal seemed to wake them up to themselves. Whoever this yellow team was, they had to be put in their place.

In truth, Kylian Mbappe and Ousmane Dembele were already creating havoc on the wings. The goals came; they had to. It was not so much that Adrien Rabiot was loosely marked as that Australia were severely stretched, and he headed home. Then Rabiot stripped Nat Atkinson and laid on for Olivier Giroud a goal so tasty it could have attracted a Michelin star.

As it turned out, those blue shirts were filled with players picked exclusively from Bayern Munich, Barcelona, Real Madrid, Atletico Madrid, Paris Saint-Germain, Liverpool, Tottenham Hotspur and AC Milan. It’s pretty hard to cut your opponent down to size when he looms so large on posters, billboards, screen-savers, in your life.

Four of the Australian starting XI play in Scotland, two in the English championship, two in the A-League Men, and the others in Japan, the US and Denmark. You couldn’t blame the French for a little bit of hubris.

France laid utter siege to the Socceroos goal. They were silky, they were deadly, they were a team to give you the blues. Much as you wanted to avert your gaze, you had to watch. Mbappe’s market value is five times the collective price tag on the Australian team as a job lot, and that’s how it looked. When not cringing, you had to sigh.

The French crowd made feelings known: midway through the first half, they started a wave. Resolutely, the pocket of Australians refused to join in. Quite rightly, they pouted for their country. 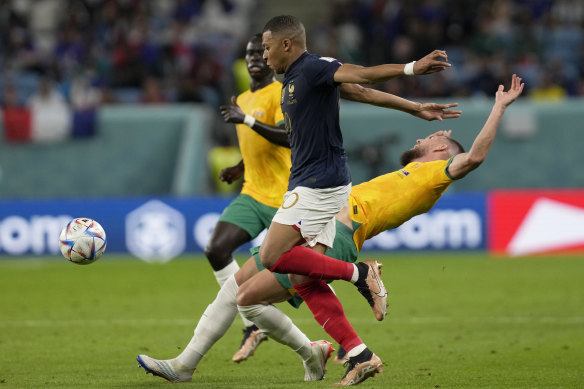 There was one last glimmer of green and gold hope, in injury time in the first half when Jackson Irvine hit an upright with a header; the keeper was beaten. Australia’s only other chance was … well, there wasn’t one.

Two more goals in the second half rounded out the scoreline, and it could have been many more. Mbappe scored one and made the other for Giroud. Formation? When Mbappe had the ball, there was no formation, just a queue.

Soberly considered, this really was only what most had secretly feared. It was just that for a blissful couple of minutes, fears had become fantasies. Then they became realities.

The Socceroos honoured their vow to give their all, but in soccer, work ethic is rarely enough. In some quarters, it is actively sneered upon. If you cannot win a game with skill and inspiration, you don’t deserve to get there by yeoman’s sweat. One of those quarters might be the French quarter.

Sad to say, this is Australia’s at the World Cup: good enough to get here, not good enough to stay longer than is polite. In aggregate, they’ve played 17 World Cup final games for two wins.

In the second half, the Australians tacitly abandoned this match and began to prepare for the next. Among others, Awer Mabil and Garang Kuol got runs. Here was another kind of colour story, one to be continued. It was a reflection of the French team. But the yellow cards mounted, complicating selection. Damn that colour.

Peculiarly for the World Cup, the match was played out in near silence. For the French, it was the silence of respect, for the Australians numbness. What could they say: Oi oi oh? It had all begun so fantastically well …

So, what next? The Denmark-Tunisia draw earlier in the day left a sliver of light and hope for the Socceroos. And at least they don’t have to play France again. But they’re now lumbered with not just a goal difference, but a goal gulf.

Arnold’s colour ruse was worth a go, but it literally failed. The French are not just the blue team, they are the Blues, Les famous Bleus, a World Cup team supreme. And didn’t they look like it. 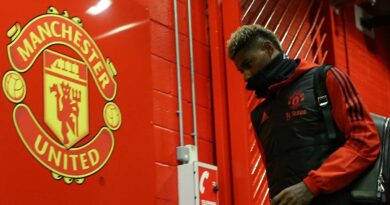 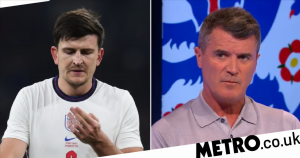