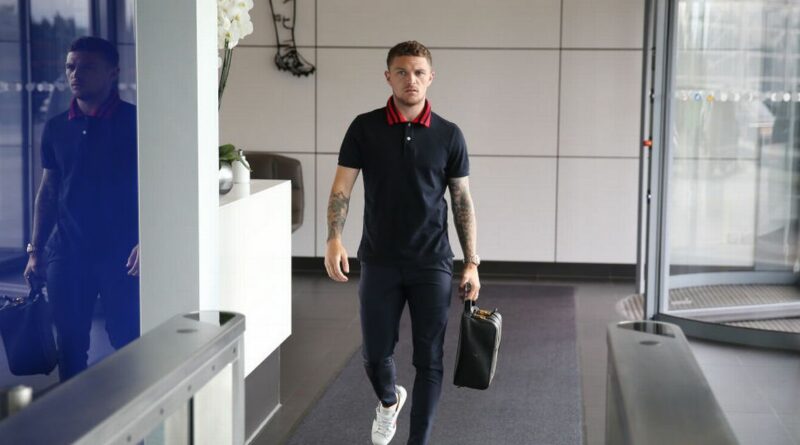 Kieran Trippier told his friend to “lump on” a betting market surrounding his transfer from Tottenham to Atletico Madrid in 2019.

The England international was handed a 10-week ban and £70,000 fine in December for breaches of betting rules, although the ban has been suspended pending the appeal.

In the written reasons for the FA’s sanctions, a number of messages between Trippier and close friend Oliver Hawley have been publicised.

The leaked conversation begins as Trippier confirms to Hawley that he is likely to move to Atleti and when asked by his friend if he should bet, he advises him to do so.

The 29-year-old openly admitted that he discussed his future with friends in a group chat, involving a number of friends.

Trippier had said that the messages were sent with “banter” in mind, something that was quickly rejected by the commission.

Hawley was found to have placed 10 separate bets on Trippier’s next move, with his future at Spurs up in the air.

The £25million transfer was announced on July 17, days after the leaked conversation between Trippier and Hawley.

According to the FA documents, Hawley placed his first bet on an Atleti transfer on July 11, before placing subsequent bets on the same day.

The following is a conversation between Kieran Trippier (KT) and Oliver Hawley (OH) on July 15.

OH: “It’s all agreed just waiting for them to come to an agreement with the fee.”

KT: “Should be done tomorrow or defo Monday.”

OH: “That’s class mate. Is Levy going to be hard work or not do you reckon?”

KT: “They need to sell. So it should go through straight away.”

OH: “They need to sell. So it should go through straight away. At least this should get you out of going to China.”

KT: “Yeah be quality mate, more money what I’m on now. Don’t want to be going there [China].”

OH: “More money than on your now is class cos this is a real big pay day opportunity. And mate Spain is better to live in than Italy.”

Shortly after the conversation, Hawley placed two more bets, with the price at 5/6.

In a separate conversation, Trippier spoke with Matthew Brady [MB], where he explicitly told his friend to 'lump on'.

MB: Shall I lump on you going there? [Laughing emoji].

KT: Yeah mate. Don’t blame me if something goes wrong [Laughing emoji]. It shouldn’t be, but just letting you know.

MB: Of course not, don’t be daft mate. I’m only messing.

Following this chat, Trippier informed his friends it was “nearly a done deal”, with further bets placed, before sending an update at 21.54 simply stating “done deal”, signalling an opportunity for further wages to be placed.

On July 16, he messaged to say “flying out today and do my medical tomorrow”, before Hawley placed another two bets with a combined value of £320.

According to the report witness statements from Harry Kane, Gareth Southgate and Sean Dyche were taken into his account, as well as his previously good disciplinary record and willingness to participate in the investigation.