Juventus star Cristiano Ronaldo couldn't hide his frustration after messing up in a training Rondo with his Serie A team-mates.

The Italian outfit have been preparing for their final Champions League group stage clash against Bayer Leverkusen this evening.

Ronaldo and his team-mates were taking part in a training Rondo on Tuesday when the Portuguese star mis-controlled a bouncing pass arriving at his feet.

The Juventus ace gets the ball stuck under his right foot as he tries to play a first time pass.

Ronaldo then tries to nutmeg an oncoming team-mate but is still clearly annoyed at his earlier mistake.

As his Juventus colleagues laugh, the 34-year-old proceeds to pick the ball up and boot it into the air.

Ronaldo begins to smile after he takes a second to calm down, before hoofing another two footballs away from the group.

The former Madrid man was soon back to laughing with his team-mates as training continued.

It's been a difficult few weeks for Ronaldo, who hasn't seen eye-to-eye with boss Maurizio Sarri.

The Juventus boss subbed off his key man twice in as many games last month, prompting an angry response from the attacker.

And Sarri admitted it was difficult always finding a place for Ronaldo.

“Right now, playing three forwards is difficult due to the characteristics of the players,” he told reporters.

“You can't prohibit [Paulo] Dybala from dropping deep, and at the same time Cristiano's characteristics are not to play too central.

"We must take some precautions to fill the penalty area more.”

Ronaldo didn't show up for the award ceremony in Paris, instead going to the Gala del Calcio – where he received the best player of Serie A award in the 2018/19 season.

And Luka Modric seemed to take aim at his former team-mate, saying: “We are rivals but above everything there is respect.

“We have to enjoy football and that is it, like in other sports where there are great athletes who show respect to each other. We have to follow that attitude in football.” 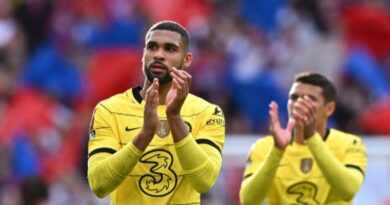