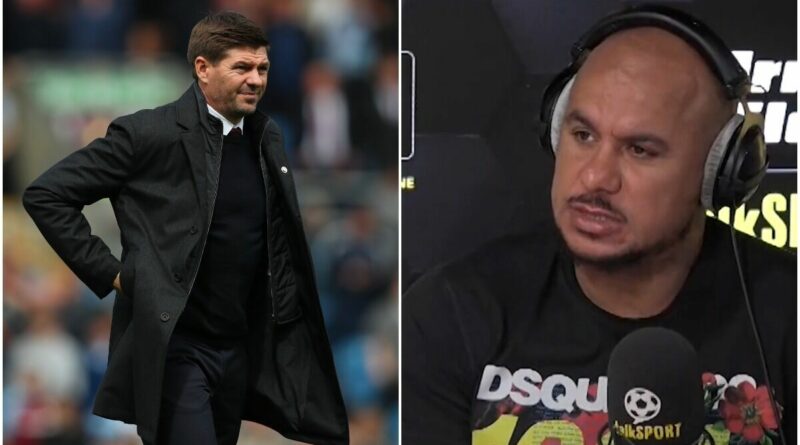 Liverpool legend Steven Gerrard will not care about his former side’s title ambitions as he takes Aston Villa to Manchester City on the final day of the season, claims Gabby Agbonlahor. Gerrard’s old club will be hoping he can get a result at the Etihad Stadium on Sunday, as then victory over Wolves will see the Reds crowned Premier League champions.

Liverpool sit one point behind Manchester City with just one game remaining, but Agbonlahor has insisted that the title race won’t be playing on Gerrard’s mind.

The former Villa striker told talkSPORT: “Forget about him being one of Liverpool’s best ever players and he loves Liverpool, forget about trying to stop Manchester City winning the league, he wants his team to improve every game.

“They have been poor this season to the standards that he would want, he said they have underperformed. He is not looking at these two games as ‘I want to help any team’ he is looking at them as ‘I want to get six points to get myself further up the table and keep improving next season’.

Gerrard and Aston Villa will not only play a part in the title race but also the relegation battle as they host Burnley on Thursday. Aston Villa currently sit 14th in the table and Gerrard will have also seen his former side Rangers reach the Europa League final in the year that he left the club, with their penalty shoot-out defeat to Eintracht Frankfurt.

Gerrard and Villa will come into the tail end of the season off the back of their 1-1 draw with Crystal Palace. The Villa boss will have been delighted to see Ollie Watkins come through an injury doubt to start and open the scoring before Jeffrey Shlupp equalised with nine minutes remaining.

It will have been music to Liverpool’s ears when Gerrard in his pre-match press conference on Wednesday insisted that his side do have something to play for. When it was put to him that Villa’s opponents have more to play for than his side, Gerrard said: “No they haven’t. No they haven’t.”

A reporter argued: “A relegation and a title?” Gerrard responded: “Well, maybe from their point of view but I’m not involved in a relegation or a title, am I? I am the Aston Villa manager. They are three important points. We will have a full house there. We have got 20,000 people on a waiting list to come and watch the team so it’s my responsibility to win both games.” 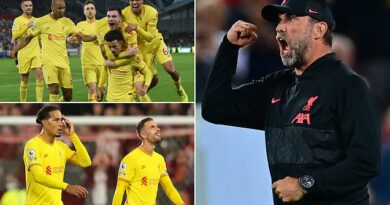 Liverpool are packing a punch but must tighten up their defence