The Brazilian forward found the net after three minutes at the Emirates, meeting an Oleksandr Zinchenko cross with his head.

Jesus wheeled away towards his City team-mate, flashing a smile as he celebrated.

But the glare and the unusual size of his teeth left fans absolutely perplexed on social media – despite there being a simple answer to their questions.

"What on earth has Gabriel Jesus done to his teeth?" tweeted one after Jesus found the net.

"Gabriel jesus’ teeth are the whitest things av ever seen," another added.

"What on earth are Gabriel Jesus’s new teeth?!" said a third.

However, a number of fans already knew that the City forward was wearing a mouthguard following a recent tooth problem which kept him out of action at the weekend.

"Just screamed out loud about Gabriel Jesus’ teeth then I realised he’s got a gum shield on," one noted.

"Genuinely thought they were Gabriel Jesus’s real teeth there," said another.

"I was about to say why are Gabriel Jesus’ teeth so white only to find out it’s gum guards," another wrote.

"You definitely thought they were Gabriel Jesus’ teeth didn’t you?" questioned one.

Jesus was not involved in City's win on Saturday as they beat Southampton away from home.

And Pep Guardiola explained the forward was missing due to a bizarre mouth problem.

"He trained yesterday [Friday], but didn't feel good with his teeth," the City boss said.

"He decided not to join us at St Mary's."

Jesus has struggled in recent games, failing to take his chance in the absence of Sergio Aguero.

But the 23-year-old will be hoping to use tonight's header as a springboard in the coming games over the festive period. 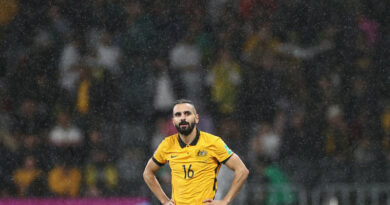 Snow joke: Socceroo to miss World Cup qualifier thanks to a blizzard 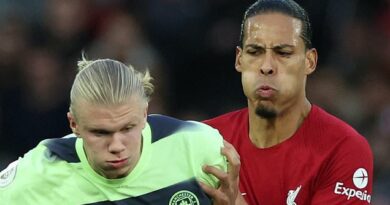