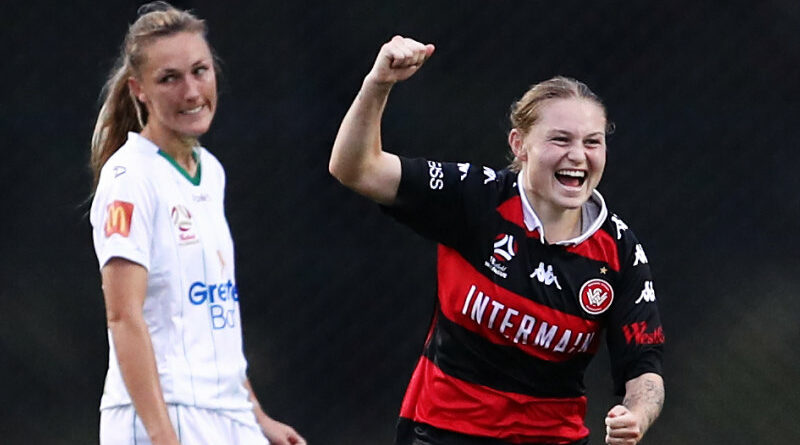 A double from Rosie Galea fired the Western Sydney Wanderers to a 2-1 victory against the Newcastle Jets on Saturday night.

Galea gave the Wanderers the lead midway through the first half, latching onto a poor pass out of defence from Cassidy Davis and driving the ball home while goalkeeper Claire Coelho scrambled to get back into position. 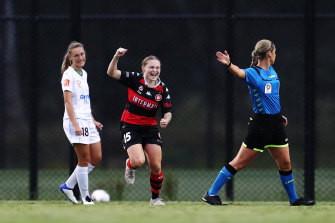 Rosie Galea celebrates after scoring against the Jets at the Wanderers Centre of Football.Credit:Getty

Newcastle fought back and had two penalty shouts denied as they finished the half strongly. Just after the break, the Jets' pressure was rewarded when Tara Andrews tapped home after pouncing on a spilled save from Courtney Newbon.

But the Wanderers restored their lead in the 52nd minute when a brilliant curling chip-shot from Leena Khamis was tipped onto the bar and Galea reacted fastest to stab home the rebound.

The Jets finished strongly but Newbon and the Wanderers defence withstood some late pressure to seal their first win of the season at the Wanderers Centre of Football.