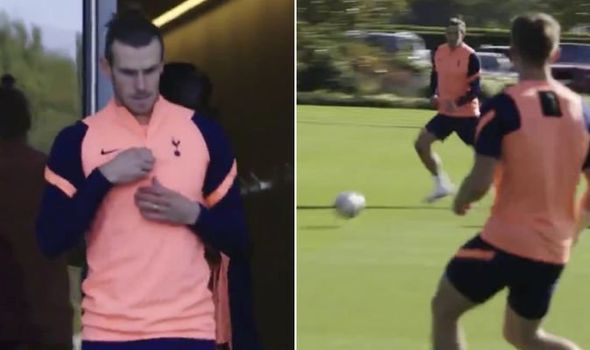 Tottenham have posted footage of Gareth Bale in training to excite Spurs fans – with manager Jose Mourinho audibly enthused by the Welshman’s goalscoring exploits at Hotspur Way ahead of his second debut for the club this weekend. Bale is expected to play for the first time since returning against West Ham.

Bale has been building up his fitness since signing on a season-long loan from Real Madrid last month, rejoining the club he spent six years at earlier in his career.

Spurs fans have been eagerly awaiting the 31-year-old’s return to the pitch, particularly with Mourinho’s men having scored goals for fun of late.

In their past six matches across all competitions, the north London club have netted 23 times after a 6-1 hammering Manchester United last time out.

Fourteen of those goals have come from striker Harry Kane and winger Son Heung-min, with it hoped Bale will form an electrifying front three alongside the long-serving pair. 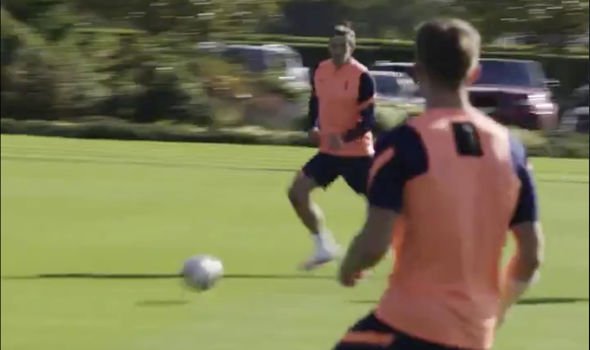 Bale was kept out in the cold by Zinedine Zidane at Real Madrid and is desperate to get back to playing regular football again.

And amid question marks as to what the Premier League can expect to see from the Wales attacker, Spurs released footage of Bale looking razor sharp in training on Monday.

Bale can be seen scoring a selection of goals both in team exercises and in one-on-one drills against a goalkeeper, with one fine finish in the latter finding the top left-hand corner of the net.

Mourinho can be heard in the background excited by witnessing Bale’s talents, with the Wales international a two-time PFA Players’ Player of the Year in his previous stint at the club. 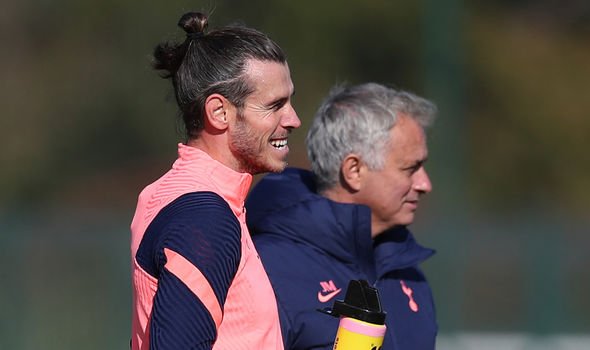 And the Portuguese tactician is expected to hand Bale his second debut for the club this weekend in their London derby with West Ham at the Tottenham Hotspur Stadium on Sunday (4.30pm).

Bale has clearly been hard at work over the international break to get himself up to speed following a knee problem and he is deemed close to full fitness.

Given his spell out of the side, Bale may well start on the bench against the Hammers.

Following Spurs’ 6-1 defeat of United at Old Trafford, the Londoners’ hopes of a top-four finish have been dealt a huge boost.

But talking on Sky Sports News about Bale’s aims after returning to Spurs, the player’s agent Jonathan Barnett declared that the player’s sights are on delivering the ultimate prize, which the club have not won since 1961.

He said: “[The main goal is to] Win the Premier League, without doubt. Tottenham have got a good squad, a great coach and with Gareth’s help I’m sure they will get very close.

“You only have to see the results from last week to see that it’s open. It kills me to say that because I’m an Arsenal supporter, but that’s the reality.

“He has nothing to prove to anybody. He’s won more than anybody else. He was one of the best three or four players in the world and I think he still is.

“If he succeeds, great, If not, he’s been there and done it, but, I think he will succeed.” 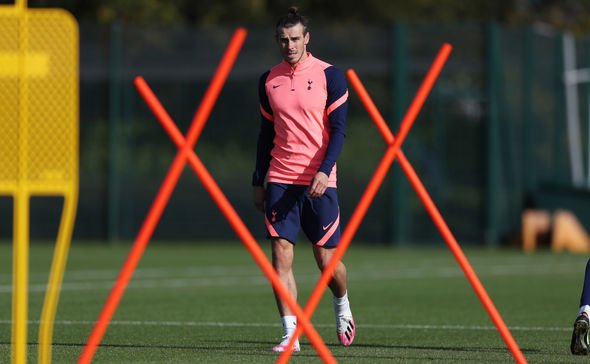 And discussing Bale’s motivation last month, Mourinho insisted he believes the wide-man is determined to make a big impact at Spurs this season.

“We want to help him, so when he’s available to train with the team, we’re more than happy to have him and help him back to a level that made him one of the best players in the world.”

His second debut comes 13 years and two months since he first appeared for the north London outfit.