Gareth McAuley insists the Rangers players have to exert more self-control if they are to cut out the needless red cards.

Ibrox manager Steven Gerrard held a dressing-room summit earlier this week to warn his side that continued indiscipline could derail their Premiership challenge.

Yet, within 24 hours, hothead striker Alfredo Morelos had become the eighth Ibrox star to see red this season in a 1-0 home defeat by Aberdeen that toppled Rangers from the top of the table. 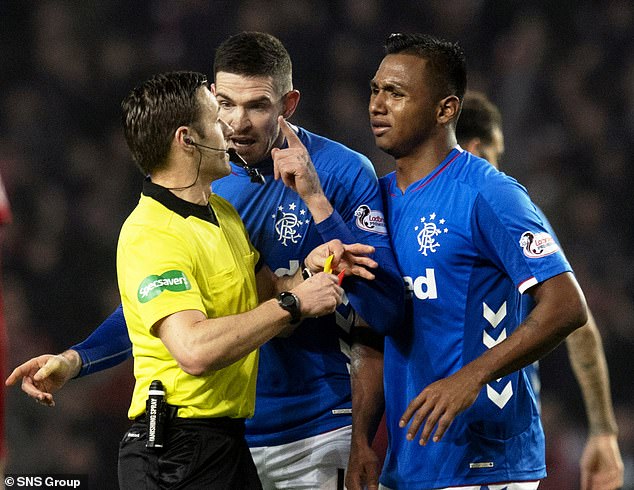 The Colombian is now suspended for two league games against Dundee and Hamilton.

Gerrard admitted he was ‘concerned’ by the inability of his players to absorb the warnings and conceded Kyle Lafferty could also have gone for a clash with Dons match-winner Scott McKenna.

Now veteran Northern Ireland defender McAuley has claimed the players owe it to each other and the supporters to clean up their act.

‘People play on the edge, you have to play on the edge to be a winner – there’s no getting away from that,’ he said. ‘But you also have a responsibility to your team-mates to have some self-control.

‘If you are in a situation when you are on a yellow card, you need to make sure you stay on the pitch for your team-mates.’ 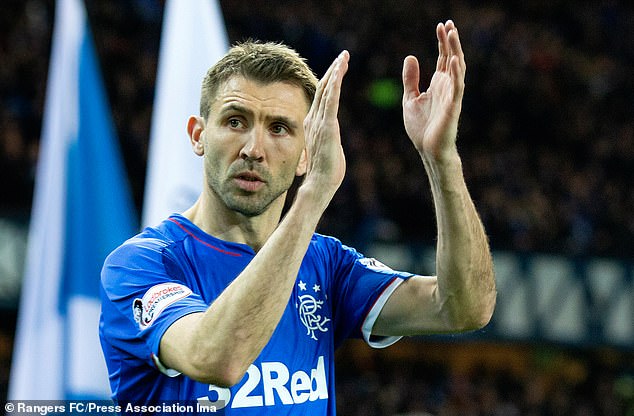 Booked for a soft foul on Aberdeen captain Graeme Shinnie in the first half, Morelos lashed out at the Dons skipper with his arm after 64 minutes – an offence which could have earned him a straight red.

The 22-year-old has now received 12 yellow cards and three reds this season already and will miss Sunday’s trip to Dens Park to face Dundee.

‘We are not pointing fingers or anything like that,’ added McAuley. ‘Yeah, it made it tougher when Alfredo went off. He plays on the edge and has won us games before. The biggest disappointment is that we now lose him for a couple of games.

‘So it has been touched on – but we need to nail that down because it could possibly cost us.

‘The manager has put a marker down that we need to be better as a group.

‘Playing with ten men, the number of times it has happened, can take its toll on the players – especially with the number of games some of the lads have played already.

‘You lose important players for important games, you lose match winners for big games and that’s a frustration for all of us.’ 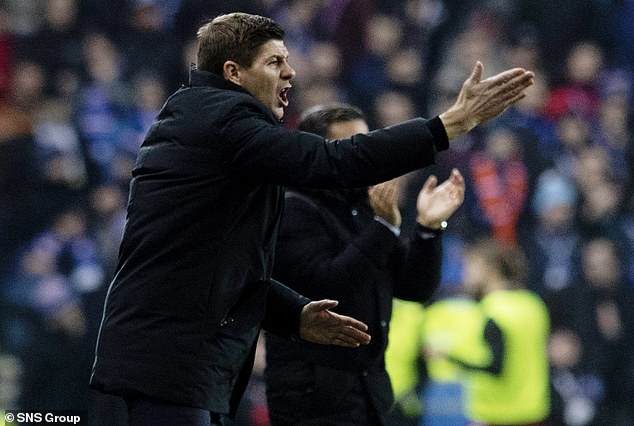 Thierry Henry could make a return to the Belgium national team

Barcelona 'consider swap with Vidal, Rakitic or Umtiti for Martinez'