Gareth Southgate has accused football bosses of killing the stars of the show.

The England manager believes the likes of FIFA, UEFA and the Premier League have failed in their duty of care towards players by making them take part in a fixture calendar that is too demanding as a result of the Covid-19 crisis.

Southgate was speaking after seeing Liverpool defender Joe Gomez become the latest victim of the crampacked campaign by suffering a serious knee injury in training ahead of tonight's friendly with the Republic of Ireland at Wembley.

A host of superstars are now falling like flies less than three months into the new season – and Southgate knows who is to blame for the chaos and carnage.

Southgate, who is also seething the five subs rule was abandoned for the Nations League, said: "I'm not in a position of being able to affect the schedule or the calendar.

"The fixtures are in place and this is what I spoke about, it requires everybody, from FIFA, UEFA, national federations, to organise the calendar is complicated – but it was possible.

"The timing of the next World Cup made everything possible and there was opportunity, but that opportunity was missed. Whether that can be rectified and looked at as we move forward, is to be seen.

"There are lots of discussions about extra subs and things like that. But the bigger picture here is that governing bodies and broader authorities need to work together.

"There was an opportunity this year to think differently. The pandemic has thrown up all sorts of difficulties, but everybody's tried to cram the program into a smaller period and nobody has given way. People haven't collaborated enough.

"We are going to see injuries and it's a desperately sad situation, because when you see the impact on an individual, it hits home even more. We're now trying to affect things too late. A lot of these discussions could have happened in the summer.

Southgate has endured another difficult week in the wake of Greg Clarke's decision to quit as FA chairman following his racist and sexist remarks to a Government hearing into the state of the game.

Southgate, who admitted Clarke's comments were unacceptable and that he "had to go", was forced to hold a meeting with his Three Lions squad in the wake of the fiasco – and explain to them that the organisation they represent is not as racist or backward as some people think it is.

He added: "It was after he resigned and they didn't offer any comment to what I said.

"I just felt that having spoken to them as a group the day before about the 'diversity code', how important I felt it was and for the organisation and the fact some of the players had been involved in creating that, that we couldn't ignore what had happened and not explain that it wasn't what people within the FA thought was acceptable.

"I talked about there being 800 people, you know it's such a broader organisation and younger and more diverse than people realise.

"The biggest danger was the good work those people did was distracted from – and it's not what we do as a team. So I just felt it was important to speak from the heart about that and that the players understand where I am on it. 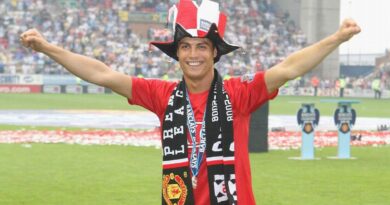 Doncaster urges clubs to respect result of a power struggle