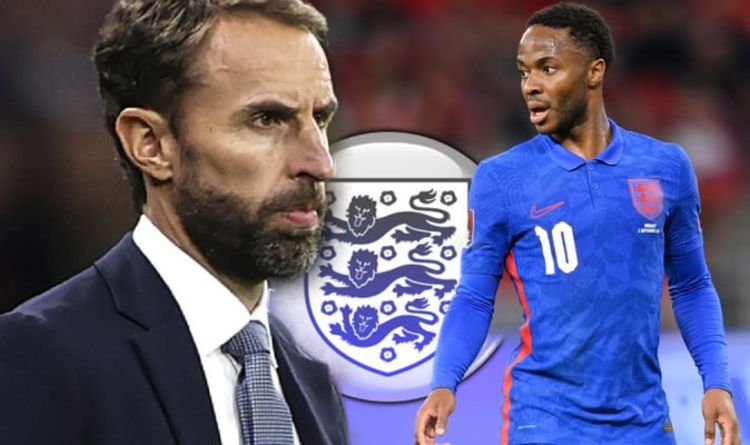 Gareth Southgate still feels Raheem Sterling is under-appreciated despite rattling in 16 goals in his last 24 games for England. The Manchester City’s tally includes his first major tournament goal, scored at Euro 2020, and is only narrowly surpassed by Harry Kane, who has 17 in his last 24 appearances.

Nevertheless, manager England boss Southgate fears that with fans and pundits quick to jump onto Sterling’s shortcomings and his place in the Manchester City line-up far from secure, the 26-year-old finds himself under pressure to reassert his credentials.

“This summer he was outstanding,” Southgate said after his three goals were instrumental in propelling England towards the Euro 2020 final.

“I do think he doesn’t really get the recognition he deserves.

“He often goes under the radar and almost seems to have to continually prove himself. I was asked about that in the summer, so let’s keep hoping he has to keep proving himself in the way he did again against Hungary.”

Sterling’s opening goal opened the floodgates in the Puskas Arena not just for an England side who were struggling to create clear-cut chances but to the abhorrent racist abuse which marred the game.

His precocious talent and big-money move from Liverpool to Manchester City early in his career have all served to reinforce that target on his head.

But the incredible thing for Southgate is that for all Sterling’s star quality, he just wants to get his head down and be one of the boys.

That is vital if the England manager’s dynamic of having a young group of like-minded players all working hard for each other is to work.

“I know it is great that we haven’t got one star player who everybody ends up talking about which is remarkable when you consider we have the likes of Kane and Sterling and others in the group,” Southgate says.

“It is always about the collective but his performances have been so important to us for such a long time. He really sets the tone with the way he works without the ball.

“When you have a creative talent like he is that is prepared to really commit to the team and weigh in with the goals and assists that he has over a long period of time now, he has been a fabulous player for us to work with and he is so important to what we do.

“It is not just the last few months. He has been consistently one of our most important players.”

It is less clear whether his club manager Pep Guardiola sees things the same way.

After starting the season in the starting side, Sterling has had to play the last two Premier League games after coming from the bench.

Is it possible that some of that frustration was channeled into Thursday night’s performance in Budapest.

“I don’t know, you’d have to speak to him about that,” Southgate smiled.

“But I’ve got a very good relationship with him, he knows what we think of him, he’s very comfortable in our environment.

“Of course there’s incredible competition for places at Manchester City as well as here but for us he has just been consistently a player who has delivered in matches and we have had complete faith in him.

“He has more than rewarded that faith in the goals he has scored.”