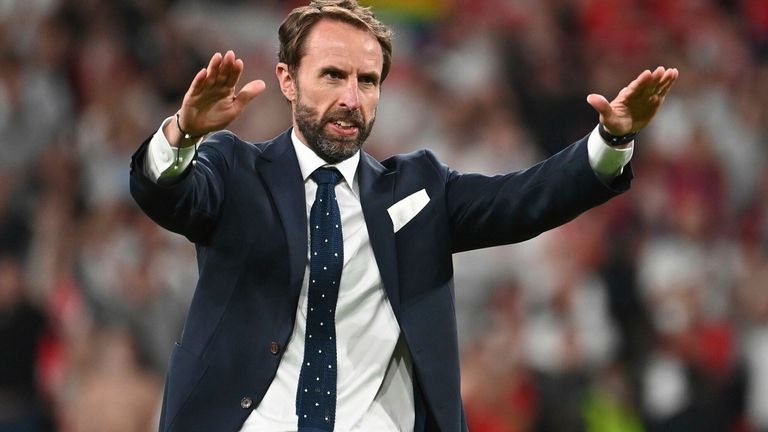 England manager Gareth Southgate says Sunday’s Euro 2020 final against Italy is “without doubt” a contest between the two best teams at the tournament.

Southgate knows the nation is “delighted” to have reached its first major final since 1966, but says he and his players will not be satisfied unless they leave Wembley with a trophy in their hands.

They face an Italy side revitalised under former Manchester City boss Roberto Mancini after missing out on qualification for the 2018 World Cup in Russia and are now Europe’s most in-form team, approaching the European Championship final on a 33-game unbeaten streak.

Italy have overcome Belgium, the tournament favourites, and Spain to reach their 10th major final and Southgate has warned that “we will have to be at our best to win the game”.

“It’s an exceptional team and I think, without doubt, the two best teams in the tournament have made the final, and now it’s whoever performs well on the day,” Southgate told Sky in Italy.

“I’ve been watching them closely for two years, because I know the job Roberto Mancini was doing.

“They’ve got a very clear way of playing, great spirit, great energy in the way they play, tactically like all Italian teams very good, but also the style of play is probably different to the Italian teams from when I was younger – very modern.

“We’re excited about being able to prepare for a European Championship final.

“We are very conscious that for our country, this has been a fantastic journey but if you are in finals, you have to win, and we are playing against the team that have probably the best record in European football over the last three years, with some exceptionally experienced players and a fantastic coach.”

‘Being able to play at Wembley is a privilege’

Southgate and his England side are on the brink of winning England’s first piece of silverware since the famous World Cup win in 1966 – and this Sunday’s final, like the one 55 years ago, will be played at Wembley. 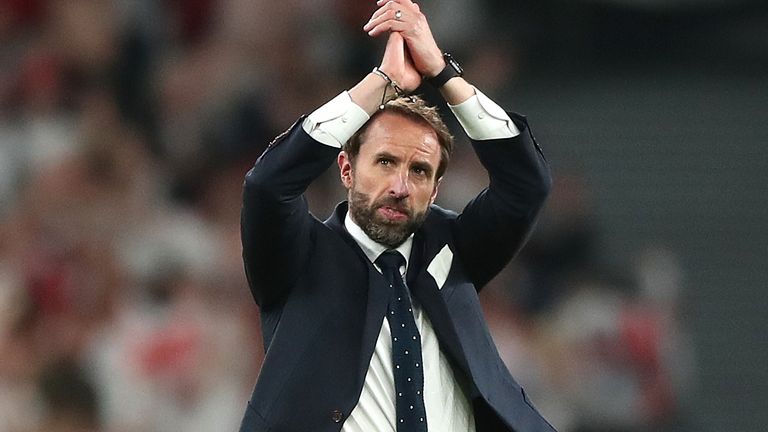 It has been the venue for five of England’s six games en route to the final, and Southgate says the players have fed off the energy of the home crowd rather than become overwhelmed by the pressure and expectation.

“For us, the stadium in the last two matches has created incredible energy and I know on Sunday there will be a lot more Italian fans as well, so it will be a brilliant atmosphere for everybody,” said Southgate.

“But for us, it’s not been pressure, it’s been a positive thing. Everybody before the tournament talked about more pressure, more expectation because we had so many matches potentially in England, but for us, that was a privilege to be able to play at Wembley.

“It was good for us to go to Rome, we loved going to Rome. It was important at that moment to go away from England, prepare somewhere different, and play in a magnificent stadium that inspired us. But then to be able to come back to Wembley was a real positive for us.”

Henderson: It’s set up to be a fantastic final

England’s youthful squad will be relying on Jordan Henderson’s experience of major finals ahead of Sunday’s match, as he lifted the Champions League trophy with Liverpool in 2019. The Liverpool captain believes the match at Wembley against Italy is “set up to be a fantastic final”.

“It’s a huge opportunity and a huge game for us,” Henderson told Sky in Italy. “It does feel different to the Champions League final, it being at Wembley, being at home, the atmosphere around it will be different.

“It’s a huge opportunity for us to go out and perform in one of the biggest games in football, really.

“Italy are a fantastic team – that’s why they’re in the final. In the games that I’ve seen, they look so strong defensively but also have got fantastic players going forward that can hurt teams and score goals and create chances.

“So it’s a very tough game and a difficult game for us, but at the same time I feel like if we perform to the levels we are capable of, then we can cause them problems as well.”

Eighty five per cent (22 of 26) members of England’s Euro 2020 squad started their football journeys at a grassroots level with clubs affiliated with County Football Associations.

Every year, 14.1m people play grassroots football in England – with 13.5m people playing regularly, making football the most popular sport in England for children and adults.

26 players with 26 unique journeys to the #ThreeLions.

Clubs up and down the country played an integral part of those journeys to tonight's #EURO2020 semi final. pic.twitter.com/lLP9IVfjWT

The latest FA grassroots strategy ‘Survive, Revive, Thrive’ launched in March 2021 committing over £180m into grassroots football to serve and lead the game over the next four years.

The strategy includes a commitment to equal access for girls in schools and clubs and 5,000 new pitches.

An FA research report shows the social and economic value of playing grassroots football in England worth more than 10bn each year.

Speaking about the importance of grassroots football to the national side, Southgate said: “We always have to remember that every player starts within a grassroots club. Even if they go to an academy really early, they’ve played some football somewhere else before, whether that’s a school or a club. 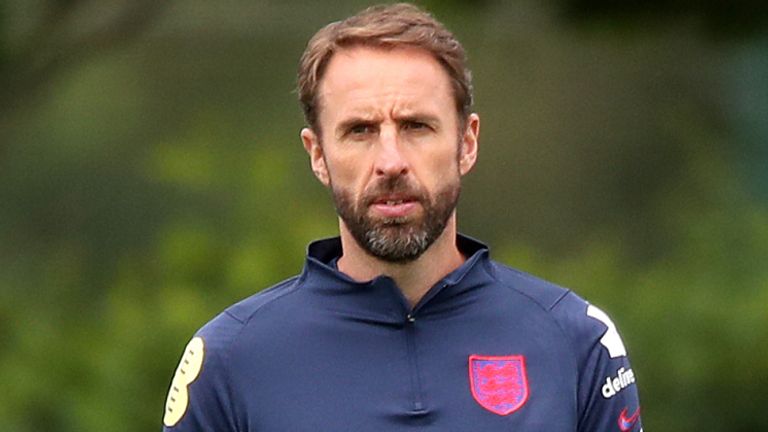 “With what has happened to us all in the past 18 months, there is an additional reminder that it isn’t just about developing elite players.

“The key is enjoyment, and exercise, and the involvement for kids from whatever background they are, whatever part of the country and whatever facilitates may be available.

“We always think about creating international players, but grassroots, for me, really is about enjoyment, engagement and involvement of the next generation.”