Gareth Southgate says that any biennial World Cup must only come in a badly needed review of the football calendar to prevent stress on players, as he otherwise declared himself “open-minded” on the idea.

The England manager revealed he recently met with former Arsenal manager Arsene Wenger, who has become a public face of the proposals, to discuss the plans. Southgate said the traditionalist in him sees the prestige in the World Cup every four years but it is worth considering how that can see players miss out through injury – with their physical condition the primary concern.

“I actually met with Arsene a couple of weeks ago,” Southgate said. “He was at a meeting with a few different coaches so I have a pretty good idea of the proposals. I think the whole calendar needs reviewing. My feedback would be – I don’t know – that our generation are going to find a World Cup every two years a strange concept. But I also know that things like The Hundred in cricket have been an incredible success so I’m open-minded about some of those things.

Southgate said the game is in great need of a proper discussion with players about the calendar.

“I think they should be represented by players’ unions. The players’ unions could gather the thoughts of the players and I just think everybody has to work together on the calendar. We talked about this after Covid and you can’t keep adding. We have had some fixtures that have been so difficult, if you think back to last September when the players had not played a league game, then we were expected to play at a high level in international fixtures. We can’t keep adding in those things.

“But none of us in the game are holding our hands out for less money, so we also have to accept that comes with a consequence. There is a balance to all this but across the board, governing bodies have to work for a calendar that works for the leagues and confederations and for FIFA. It has to be coordinated. If we are looking that far ahead, there is no reason it can’t be.”

The England manager added that he could see both the positives and the drawbacks of the idea.

“I’m not certain. I’m not massively pro or negative to the concept, I think it needs a lot more thought. As a traditionalist, it feels you could lose some of the allure of the World Cup because the scarcity of it makes it more important. But I also get it that if you are a player who has an injury for the World Cup, you might only get one opportunity every eight years, and that is really tough. I am not certain on that side of it.” 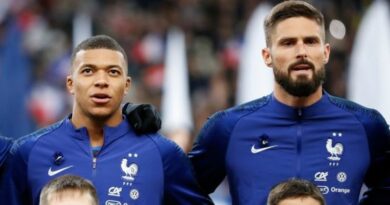