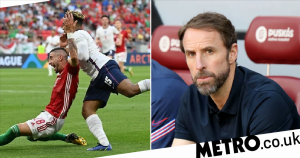 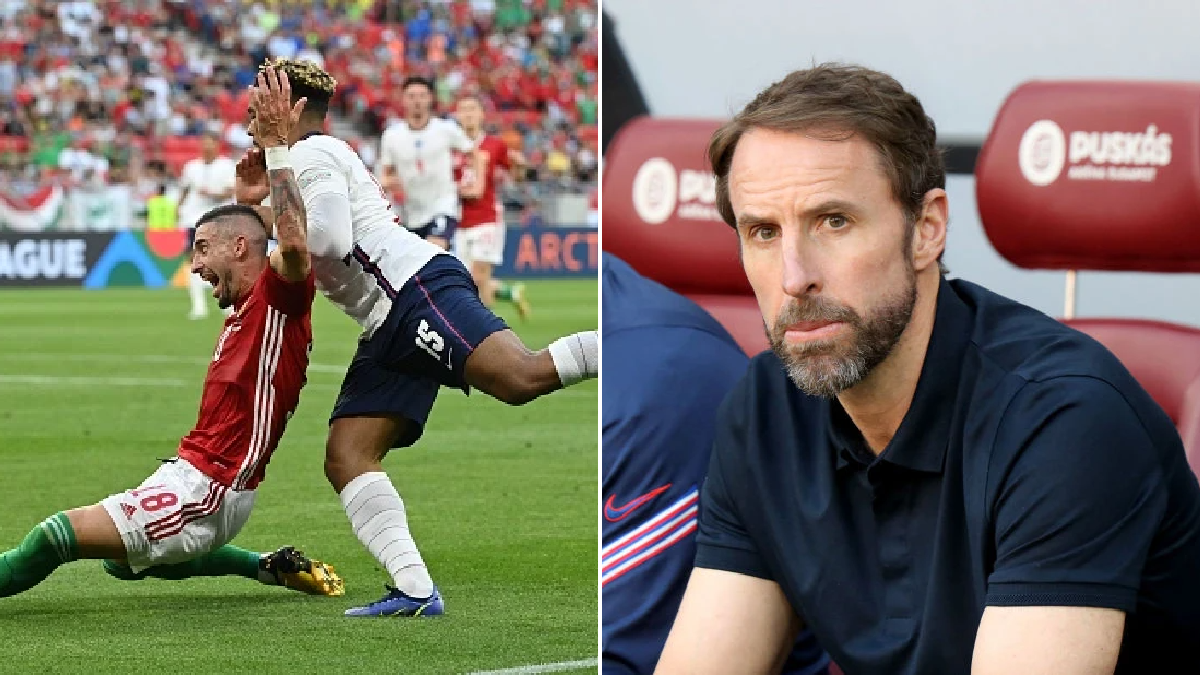 Gareth Southgate accepts England did not do enough to win their Nations League opener against Hungary but bemoaned the penalty decision that saw his side fall to defeat.

The Three Lions suffered a disappointing loss in Budapest with a second-half penalty from Dominik Szoboszlai sealing victory for the hosts.

Reece James was judged to have fouled Zsolt Nagy with the referee pointing to the spot without consulting VAR.

The call was deemed harsh by former England international Michael Owen and current Lionesses star Jordan Nobbs with Southgate unhappy with the decision.

But the England boss admitted his side lacked their own cutting edge on the night with Hungary creating chances to extend their lead.

‘We have to accept we didn’t do enough to win the game,’ Southgate told Channel 4.

‘A draw would have been a fair outcome, we had enough possession but we weren’t incisive enough around the box and didn’t create enough clear cut chances.

‘The actual result hinges on a decision which I think is harsh, but probably wasn’t going to be overturned.’

On the penalty incident, Southgate continued. ‘I think it’s harsh. You see challenges like that in the box where he has just gone across to get his body between him and the ball and the forward just makes a meal of it.

‘But away from home, sometimes you are going to get those calls.’

The fixture was scheduled to take place behind closed doors as a punishment for racist and homophobic behaviour by Hungary’s fans – with England players targeted during their previous visit to the city last year.

A crowd of over 30,000 – largely made up of children under the age of 14 – was present at the Puskas Arena however due to a Uefa rule with England players booed as they took the knee ahead of kick-off.

‘The first thing, that (taking the knee) is why we do it, to try to educate people around the world,’ Southgate said when asked about the boos.

‘I have no idea why people would choose to boo the gesture. The young people can’t know why they are doing it so they are being influenced by older adults.

‘The Uefa decision is for other people to decide. We have made our stand as a team, everyone knows what we believe in and stand for, it is a night where I need to focus on the football.’

Coronavirus: Barnet to lay off all non-playing staff with cashflow affected by suspension of games

Man Utd player ratings: One star gets 9 but Paul Pogba flops in 2-2 draw with Southampton