He is the father-figure England manager, praised for his firm yet caring leadership.

And Gareth Southgate believes coaching his squad of young stars has helped make him a better parent too.

And since taking the top job in 2016, which he says is even more rewarding than being a player, Gareth, 50, often applies the coaching lessons he has learned to family life.

He says: “You’re always trying to improve your understanding so you can apply it. So you end up reading a lot and watching programmes that can help develop your knowledge.

“I’ve worked with a lot of young players, so a lot of the books I’ve read are about child development and how young people respond to different approaches.

“They have changed the way I am as a parent too – although you’d need to ask my family if any of them have worked!

“It’s things like preparing for exams. I used to have a different approach, but when preparing a team you’re conscious about how much information people can take on board close to a game.

“You don’t want to clutter their heads with too much information, so they’ve got the freedom to go and play.

“It’s one of the things I’ve picked up from the courses I’ve done in young people.

“It gave me a better understanding about what my kids might be experiencing when preparing for exams, and how not to put them under too much pressure because they can only give of their best.”

Gareth is speaking from experience after a ­successful playing career as a defender with Crystal Palace, Aston Villa, Middlesbrough and 57 England caps.

“When I was younger I was always comparing myself against others, but sometimes that’s unrealistic,” Gareth says. “You can only be yourself and compete against yourself. That’s what I tell my kids.”

Gareth, who has just relaunched McDonald’s Fun Football Centres, with a free, safe footie session for children aged 5-11 this autumn, says having kids close to the age of many of the players has helped him manage tricky situations. His parenting skills were certainly needed after events this summer.

It is clear he has a keen interest in psychology, particularly in youngsters.

Gareth says: “I’m always conscious my kids and their friends are very similar to the age of players.

“So that keeps me in touch with what they’re into, in terms of their interest, music etc.

“Hopefully that helps keep me as current as I can be at my age. But you’ve got to take different approaches at different times. You have to help them learn and improve.

“There’s a part of coaching that is mentoring, it’s teaching. You have to tap in to all your life skills and ­experiences at the right moment, including that of being a dad.

“Having been a player with the national team helps, you can understand what players are experiencing. But I don’t think you have to have been a player to be a top manager.”

Two years ago, an expectant nation took Gareth to their hearts during England’s impressive run to the World Cup semi-finals in Russia.

Croatia ended hopes of lifting the trophy, but the player whose missed penalty against Germany knocked England out of Euro 96 spectacularly redeemed himself with his ability to unite and invigorate his young Lions.

Compassionate and composed, after England won their World Cup penalty shootout for the first time, he took time to comfort Mateus Uribe, the Colombian whose miss knocked his team out of the tournament’s last 16.

Equally good at managing people’s expectations, he has also said on more than one occasion that family is more important than football.

And Gareth is relishing the highs and lows. Since retiring from playing he has also managed England’s under-21s and Boro, but is now in a job he says tops anything else in his career.

He says: “If you’d have asked me if I’d get more pleasure from coaching before I started, I would have doubted it. You feel that playing is the greatest pleasure and nothing can beat it.

“But there comes a point in life when helping others to be the best version of themselves and helping people progress, is more important than what you’re doing yourself.

“That’s why it’s been the most fulfilling experience of the careers that I’ve had. It’s a huge privilege.”

Gareth was relaunching McDonald’s Fun Football programme. Find your nearest centre and sign up at www.mcdonalds.co.uk/funfootball 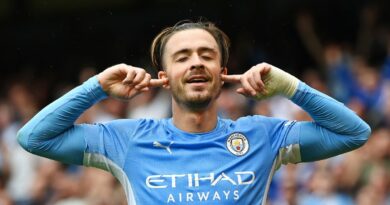 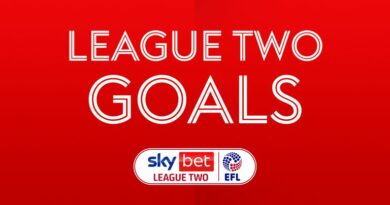