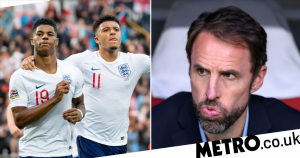 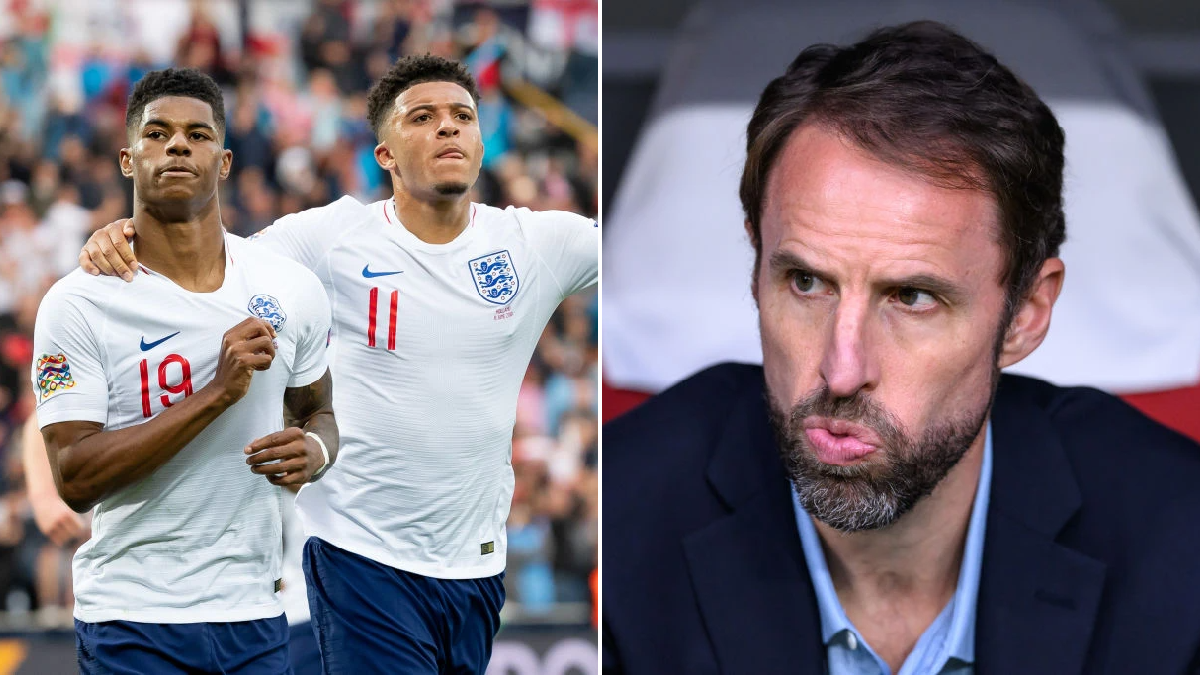 Gareth Southgate has warned Manchester United stars like Marcus Rashford and Jadon Sancho that they have ‘a lot to do’ if they are to reclaim their places in England’s squad for the World Cup.

The showpiece in Qatar begins in just five months’ time and the Three Lions have just three matches left before then: a clash with Hungary on Tuesday and two more Nations League ties in September.

That gives any players omitted from the latest squad precious little time to prove themselves to Southgate, while only one United player – skipper Harry Maguire – made the selection this time around.

Luke Shaw was unavailable after surgery and is expected to be back in contention for the World Cup when he regains fitness, with Southgate not having picked a single left-back in his latest squad.

But while there may be a dearth of options at left-back, England have a plethora of in-form, attacking players meaning Sancho and Rashford in particular face a fight to win back their place.

When he first announced his squad for the Nations League, Southgate said the duo still had time to reclaim their spots for the World Cup, but now the England boss has conceded that they – and United’s other omitted stars – face an uphill battle.

Asked about the chances of United’s players making the World Cup squad, Southgate said: ‘We’ve only got one with us! They’ve got a lot to do to get back in the squad.’

Probed on whether United’s lighter work load with no Champions League football could boost their chances, Southgate continued: ‘Well, look, I think the lower the load then of course the less likely for injuries and the hope that players can be that little bit sharper but there’s no way of knowing.

‘Some players are at their best when they’re in a rhythm of playing and you talk to some of our lads now and they want to play every game because that’s how they feel they get to their best level.

‘Others need the breaks, they need longer recovery between the matches to be at their best.’

Rashford has not played for England since missing his penalty in the Euro 2020 shootout against Italy while Sancho’s poor form since swapping Borussia Dortmund for Old Trafford has also seen him fall down the pecking order. 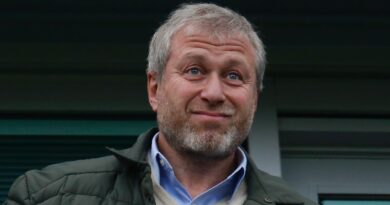 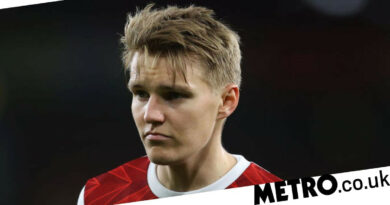