Garry O’Connor has revealed how his children have saved him from thoughts of suicide in the darkest moments of his struggle with depression.

The former Scotland striker makes the frank admission in a new documentary, Playing the game: Garry O’Connor, to be shown on BBC Scotland on Tuesday evening. Reflecting on the 37-year-old’s career and life after football, it details the issues with drugs, injuries and mental health encountered by a man who was one of the brightest prospects in Scottish football when he first emerged on to the scene as a teenager with Hibs.

O’Connor made a lucrative move to Lokomotiv Moscow in 2006, earning a reported £16,000 per week before his 23rd birthday, and later joined Birmingham City in the English Premier League. 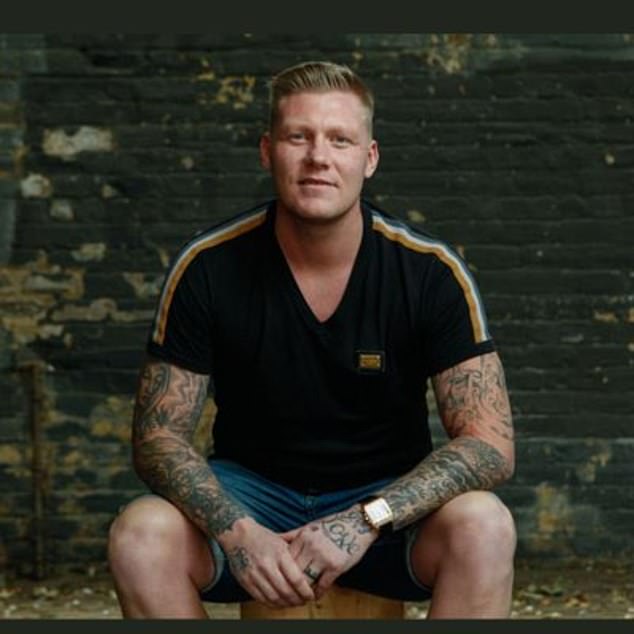 He scored four goals in 16 caps for the national team, yet a positive test for cocaine in 2009 – not made public at the time – marked a turning point.

The first signs of depression had been detected during his time in Russia. It was a condition that threatened to become overwhelming after he retired from football in 2016, latterly turning out for Selkirk in the Lowland League.

O’Connor speaks gratefully of the support gained from Back Onside – a mental health charity that helps footballers and ex-players – and about how raising his two sons and daughter stopped him from taking his own life.

‘I’m not scared to admit it, I’ve thought about committing suicide a few times,’ he tells the documentary. ‘You just think you’re worthless at times and it’s not the answer. 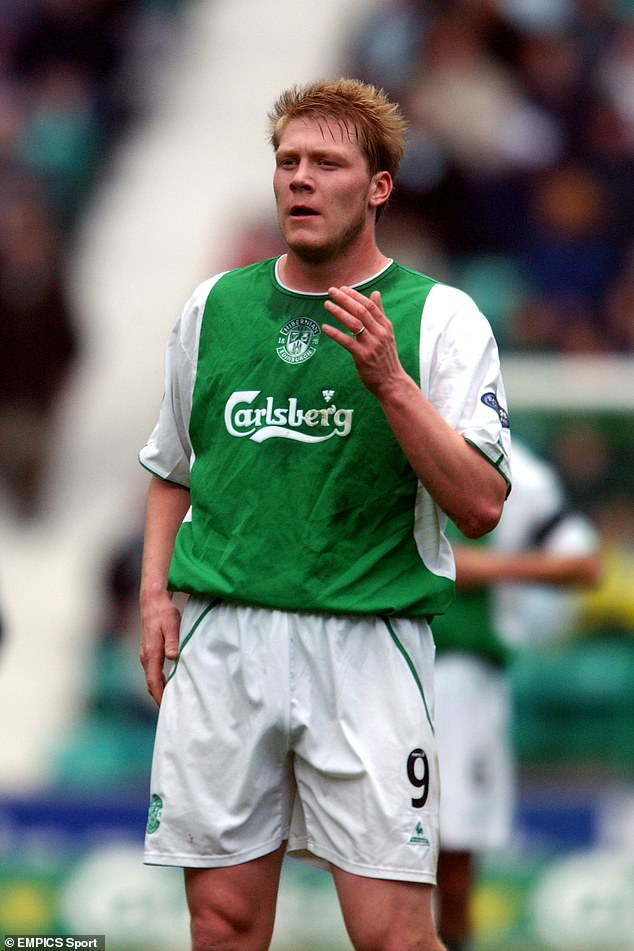 ‘I’ve got three lovely kids to look after and that’s the thing that probably stopped me from doing it.

‘I made it a priority, when they get to an age, that I would tell them: “Look, your dad’s kind of different and I’ve made a few silly mistakes, but at the end of the day I’m still your dad”.

‘You’re going to get comments, I’ll just tell them to basically “just rise above it and just move on”.’

Born in Port Seton, East Lothian, O’Connor was transported to a different world when he moved to Moscow in a £1.6million transfer. Extravagance became the norm.

‘I was getting paid a lot of money,’ he reflects. ‘The most I spent in one purchase was probably a Ferrari, 120 grand in cash. I only probably put about 500 miles on the Ferrari because I was actually playing in Moscow and buying a Ferrari back home which was pretty stupid.’ 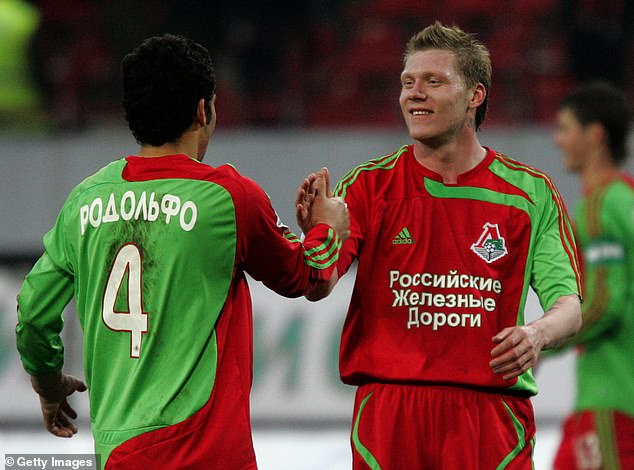 Reported to have blown a £4m fortune, O’Connor denies a story that he spent £2,000 on one tracksuit.

‘The club really looked after me. If the president comes into the changing room you’re rubbing your hands basically. When you play in Moscow derbies, the bonuses can vary so if you’re playing your CSKA Moscows, your Spartak Moscow, they want to beat them because it’s a huge derby for them.

‘The president would maybe come in and say: “You go out and you win that game we’re giving you $50,000 per player”. That’s kind of the way the bonuses worked.

‘What would happen is the secretary would come along with a trolly with a wee counting machine. He would just hand envelopes out all around the changing room.

‘It didn’t happen every game but that’s kind of the way it worked. One minute your hand’s empty, the next minute there’s an envelope tucked away in your bag and away you go.’

While the financial rewards were immense, there was a personal cost. When his partner Lisa returned to Scotland, O’Connor encountered his first mental-health issues.

‘In Russia there was no social life whatsoever,’ he says. ‘I was quite isolated to the training ground and to the apartment. At the beginning the family was over there but Lisa got homesick so that was kind of a problem.

‘You couldn’t really speak to anybody back then. I would always keep my emotions inside, and not work them out. 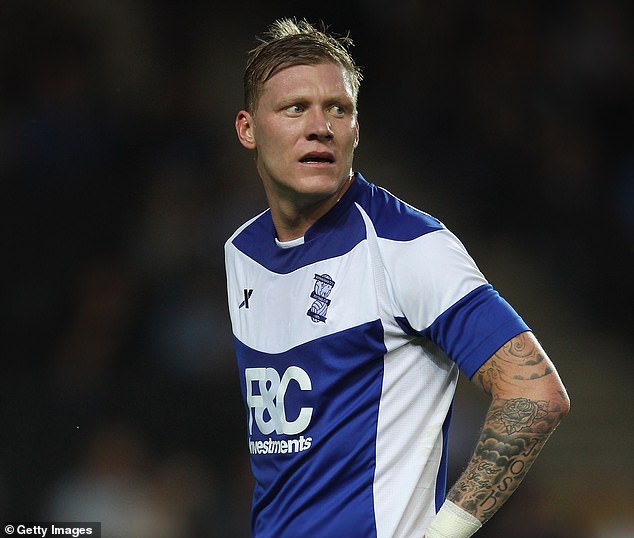 O’Connor returned to Britain but had a troublesome spell at Birmingham, with injuries and a failed drugs test for cocaine blighting his time in the west midlands

‘It wasn’t until further down my career I really sought help and got help about how I was feeling, and looked back on things and really started to understand more about situations and depression, mental health and things that had happened in my life.’

Family reasons were cited as the motivation for a £2.7m move to Birmingham City, where he linked up with ex-Scotland manager Alex McLeish, but injuries blighted his time in the Midlands.

O’Connor formed part of a Tuesday night drinking club ahead of the players’ regular day off. Both he and team-mate Frank Queudreu drove quad bikes to the local pub, about a mile away from their homes. On one occasion, O’Connor recalls injuring himself by falling off backwards while attempting a wheelie.

‘I played a match, only playing with one elbow, one hand, but I played the full match — it was just I didn’t want to get fined,’ he says. ‘That’s how we rolled at that stage.’

A darker moment arrived when O’Connor failed a training-ground drugs test. Banned for two months and sent to the US for rehab, the cover story was that he was suffering from a groin injury.

‘If you’re not playing you’re not training, you’re just trying to fill your days and that’s where most of my problems came from,’ he explains.

‘I started drinking, took some drugs and that was probably my lowest part, about that time.

‘I’ve not really touched any other drug apart from cocaine because if you’re injured or you’re not playing, you’re low in confidence and obviously cocaine gives you that little bit of a boost.

‘It gives you that little upper and then obviously you crash back down to reality again after it.

‘In 2009, I failed a drugs test at the training ground. The club could have sacked me on the spot but they tried to help me and I think that’s the way it should be, especially now with what people go through.’ 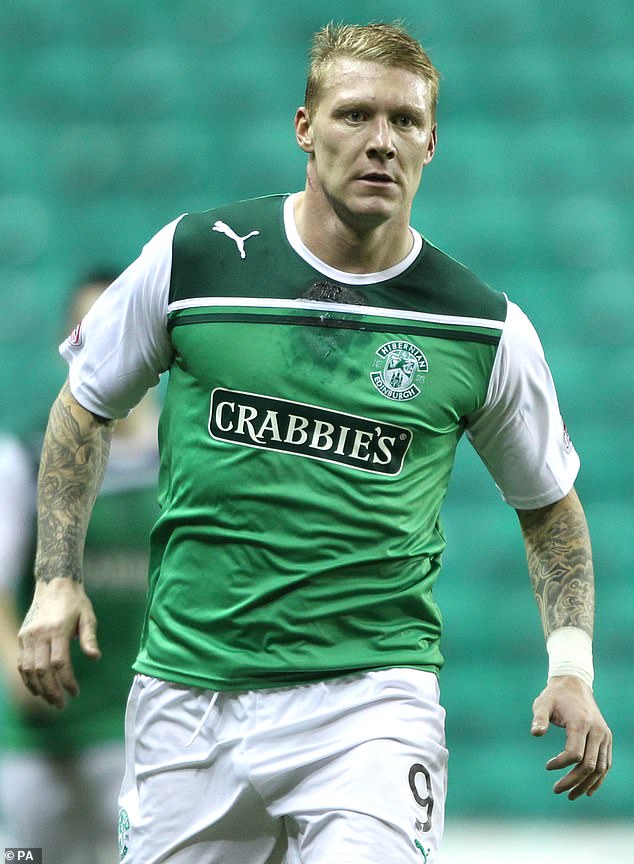 O’Connor moved to Barnsley before rejoining Hibs in June 2011. Later that year, his earlier cocaine ban was revealed in the Channel 4 programme Dispatches.

‘I’d not gone out and killed anybody but I made a few stupid mistakes in my career,’ he says. ‘I just wanted to block it out and focus on Hibs and doing well for them at that stage.’

O’Connor scored ten times in the first 11 appearances of his second spell at Easter Road but left the club following the humiliating 5-1 Scottish Cup final defeat to Hearts in May 2012. An ill-fated return to Russia with Tom Tomsk followed, before stints at Morton and Selkirk as his playing days wound towards their conclusion.

O’Connor’s failed drugs test and the loss of his fortune were both related to his private battle with mental health. Now, however, he is receiving support from Libby Emerson, founder of Back Onside.

‘I’m no angel,’ O’Connor insists. ‘I’ve made a few mistakes, I hold my hands up to them. Having depression and anxiety is not nice and it’s trying to find ways of dealing with it.

‘Now that I’m out of football I’ve managed to find a support network.

‘Libby’s been a tremendous help to me, just someone to speak to when you’re having your bad days basically.’

Emerson tells the documentary: ‘His story alone can help so many young players I think, just to see the problems that he went through.’

Looking back over the path he took, O’Connor also reveals how the tragic death of a much-loved uncle had a profound impact.

‘My mum and dad were always out working so my Uncle Mark was more of a father figure,’ he says.

‘He would always take me to training and pick me up because my dad used to work backshift quite a lot as well. My Uncle Mark was always there to give me a boot up the bum basically, because he was the one who was always there for me, pushing me forward.

‘He got knocked over by a drunk driver and killed instantly. I didn’t particularly understand it at the time because I was only 14.

‘There’s not a day goes past that I don’t think about him, and I think he would have guided my career a lot better and things would have been a lot different if he was still there. Basically I wanted to try and achieve something for him.’

The programme ends with O’Connor taking his son Josh – also now a promising centre forward in the youth ranks at Hibs – through training drills.

‘The boy’s got a bit of talent,’ he adds. ‘I want Josh to be fully focused and if I took the wrong path in an aspect, I’ll try and guide him on the right path.

‘I’ve got the experience. I played at the highest level so I understand what it takes to get there. I try to keep him down to earth as much as possible. I finished school with no qualifications — I stress to him every day to stick in at school, pass his exams and then we can see what the future holds for him then.

‘I’ve got this bad-boy image but I’m not that kind of person which is portrayed in the media. That’s what I’m trying to do with my life at this moment in time – I’m trying to change and make up for the mistakes I’ve made.’

*For confidential support call the Samaritans on 116123 or visit a local Samaritans branch. See www.samaritans.org for details.