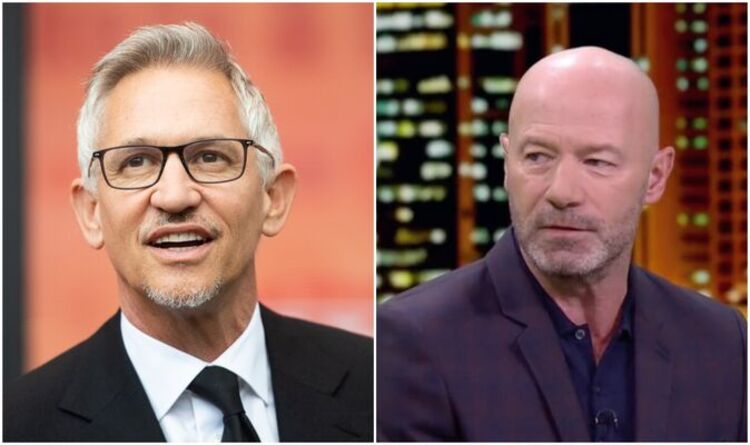 England icons Gary Lineker and Alan Shearer have agreed that a potential home nations clash against Scotland or Wales at the 2022 World Cup is the most exciting prospect as attention turns to the tournament in Qatar. The Three Lions could face either of their rivals after learning their World Cup opponents on Friday.

Gareth Southgate’s side have earned a relatively favourable draw, although matches against the USA and Iran will certainly not be easy. The final team will be the winner of the last remaining European play-off tie.

That means England could face either Scotland or Wales. Scotland still need to play their rescheduled play-off semi-final against Ukraine, with the winner facing Wales for a ticket to Qatar.

And Lineker tweeted: “England, USA, Iran and Scotland or Wales. Now that is something to look forward to.”

England played the USA at the 2010 World Cup, disappointingly drawing 1-1 on their way to a devastating last-16 thrashing by Germany. They have never faced Iran in a senior international fixture, while Wales have not competed at a World Cup since 1958.

Southgate responded to the draw by telling the BBC: “The first two teams (USA and Iran), we haven’t played for quite a while, and the third is a total unknown but throws up a possible British derby. We know what they’re about and we’ve had plenty of them.

“For us, we’re in on day one so it’s quite clear what our programme looks like with the end of the Premier League season, getting out here as quickly as possible.”

He added: “When you’re seeded, you get the advantage of missing out on those big six or seven teams. For most of the first seeds, they’d be pleased with the first group they get. There are some really highly ranked teams in pot two, and the US is an interesting one.

“I know (USA head coach) Gregg Berhalter quite well, we’ve met a few times and had long chats about things, in fact only a few weeks ago, so we were smiling at the end there but they’ve got some really good players, we know what they could be capable of as a nation, so that one in particular is an intriguing one.”