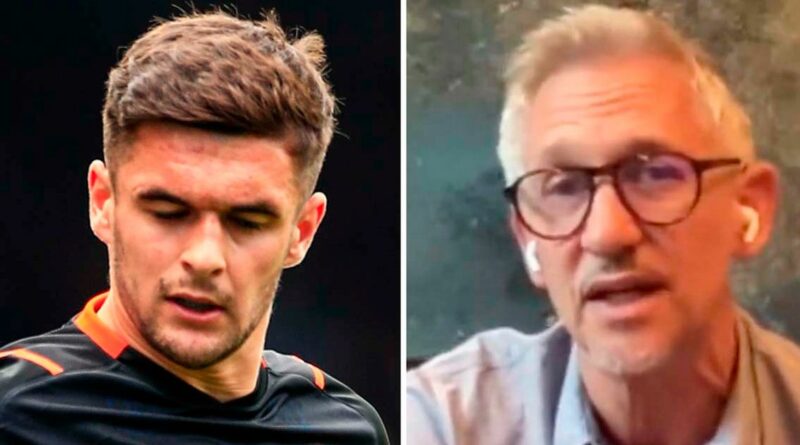 Gary Lineker says openly gay footballer Jake Daniels’ decision to come out will pave the way for "many others."

The Match Of The Day host said the brave Blackpool FC star has laid a "path many others will follow." Lineker, 61, who scored 48 goals in 80 matches for England, said: "I think he will be massively accepted."

"Not just in his own dressing room but players he plays against. I think, overall, dressing rooms wouldn't think about it." Lineker said he believes Daniels' announcement "shouldn't be significant" and football should have "passed this watershed moment a long time ago."

The 17-year-old striker has been hailed an "inspiration" after becoming the first active male UK professional footballer to come out as gay since Justin Fashanu in 1990.

In 2013 former Leeds player Robbie Rodgers revealed he was gay shortly after retiring before returning to play for LA Galaxy in the MLS. Five years later Colin Martin came out while playing for US club Minnesota.

Tony Burnett, chief executive of football’s anti-discrimination charity Kick It Out, said Jake’s "bravery" will be a game-changer in "showing that men's football is becoming an environment in which LGBTQ+ people feel welcome and comfortable to be their authentic selves."

Spurs striker and England captain Kane said the teen deserved "massive credit", adding on Twitter: "Football should be welcoming for everyone.’’

Liz Ward, the director of programmes at LGBTQ+ rights charity Stonewall, said: "We are moving towards a world where players can live openly as their true selves, both on and off pitch – and that is something we can all take pride in."

The Football Association hailed Daniels "an inspiration to us all", adding: "This is a hugely positive step as we strive to build an inclusive game that we can all be proud of.’"

Adelaide United player Josh Cavallo – whocame out last Octoberand is the only current openly gay top-flight male professional footballer in the world – said he was "very proud" of Daniels.

TV pundit Gary Neville told Sky Sports: "The game has not dealt with this issue well at all. We know that now it is something that is acceptable from a fan point of view, but it's not yet got into the dressing room.

"A dressing room can be an evil place… you think about the initiation ceremonies you go through, the peer pressure and vulnerability you have. The way in which Jake spoke was absolutely incredible.

"What he has just done takes incredible courage. It will go down in history. It is a big, big moment for football."

Harry Wilson is desperate to win play-off final with Derby

WATCH: The top ten Premier League victories ever – where does Manchester City's 8-0 hammering of Watford sit?