Gary Lineker and Piers Morgan are two of the biggest names in British TV presenting.

Former England captain Gary is the much-loved host of Match Of The Day on BBC One, while Piers fronts Good Morning Britain on ITV.

But it seems the two men's rivalries are about a lot more than just which channel their flagship show is broadcast on – and they regularly take to social media to prove it.

To be fair, as one of the most successful players the UK has seen, Piers should really have bowed to Gary's superior knowledge – but obviously, he didn't. It seems the duo disagree over who should wear the crown as the world's best player, with Gary insisting it's Lionel Messi while Piers thinks Cristiano Ronaldo is the better footballer.

But last Wednesday Gary explained to his followers his appreciation for Messi doesn't mean to say he dismisses the brilliance of Ronaldo.

Tweeting about Ronaldo, although not in direct response to Piers, Morgan posted a video of the Portuguese scoring a screamer for Juve, also on Wednesday morning.

Alongside it he wrote: "BOOOM! This is why Ronaldo is the GOAT. Messi can't do this."

Alongside his own tweet, he included a video compilation of Messi scoring stunners.

And this where things started to get a little heated when Piers hit back, this time directly at Lineker: "I've watched a lot of football and won as many League titles and International trophies as you. (You didn't even win one at  Barcelona!)"

And just when we thought the row was over, Gary played a blinder by posting a screen-shot of an old Morgan tweet reading: "Messi's the greatest footballer ever, and Ronaldo's the second best. Any further debate is superfluous – I have spoken."

Alongside it he added: "Hope  Cristiano Ronaldo  doesn't know you have spoken, Piers Morgan."

In April, Gary couldn't resist a cheeky dig at Piers when US President Donald Trump unfollowed him on Twitter.

He said: "I know it’s probably too soon. I know you thought he was a friend. I know your heart is breaking. I know how hurt you feel now.

"I know hard this is for you, but I know you will get through it. I know you won’t want to hear this: but you know you’ll be a better man without him."

Earlier this year the GMB host hit out at Gary after the sportsman defended Prince Harry and Meghan Markle's decision to step down from royal duties.

Gary tweeted: "Families fall out. It’s hard enough without the whole world judging & haranguing you. Yes, the Royal family is a weird concept.

“A strange job that brings absurd entitlement, but they’re still human beings with foibles and feelings.

“Meanwhile Australia is on fire and war threatens.”

Piers immediately responded with a made up headline claiming the MOTD presenter had branded the royal family "weird and absurd", which left Gary with no choice but to respond.

Piers went on to mock Gary's supposed ambitions to be knighted, and the ex-Barcelona striker wrote: "I don’t have any knighthood ambitions. You’re obsession with these two people is most certainly weird.”

But football and the royals aren't the only thing that see the two men publicly arguing.

In September last year Piers made a joke at Gary's expense when the ex-footballer confessed he just wasn't "that into sex".

But Gary had the perfect come back and replied: "Scoring for England was always better. Anyone can have sex."

And when it comes to politics, it's fair to say that Piers and Gary definitely don't see eye to eye.

The row kicked off last August when Gary slammed the government's decision to extend the suspension of parliament into October – two weeks before the UK is set to leave the European Union.

Piers quipped: "Says the man who has howled for 3yrs that we should ignore the result of a democratic vote…"

Gary insisted he had never said the result of 2016's EU referendum should be ignored.

He added: "We could though look at the crooked, lying nature of how it was sold to us back then by the elite now dictating (literally) and decide as a democratic country if that’s still what we want."

And it was far from the end of the argument as Piers responded: "Mate, it doesn’t get more elite than you…as BBC licence fee payers know to our cost."

Gary is one of the BBC's highest paid presenters, picking up a £1.75million annual salary.

Gary fired back: "Mate, it doesn’t get much more elite than ostentatiously showing off your wealth (you constantly tell me you earn way more than me) with a deluge of pictures by marauding, around the Côte d’Azur on a yacht."

But Piers STILL wasn't done, adding: "I don’t pretend not to be in the elite… and it’s not my fault I earn far more than you, it’s my talent." 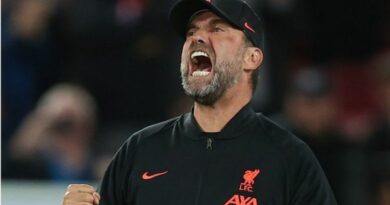