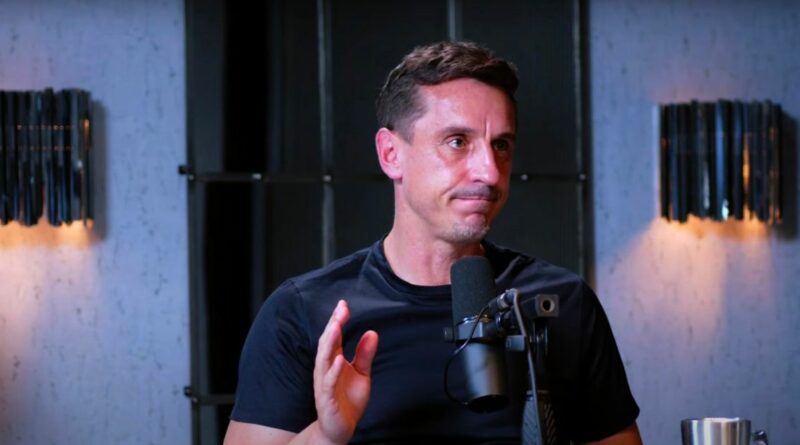 While the rest of the country was celebrating wildly, Gary Neville was in the midst of a crisis.

England had just gone a goal up against Germany on June 29 last summer in the Euro 2020 Round of 16. Raheem Sterling had put the Three Lions ahead after 75 minutes in a tense battle that led the way to victory at Wembley.

Speaking in a candid interview, Manchester United legend Neville has revealed he collapsed after the goal went in and had a fit. It was only after hospital checks that the Sky Sports pundit found out that he had to take life slower than normal.

He told The Diary Of A CEO podcast: "Raheem Sterling scored the goal in the European Championships against Germany a year and a half ago and I basically collapsed to the floor and had a fit. And after that, I went to hospital, I had checks and found out I need to slow down a little bit, basically.

"It is similar things to what my dad was told in his 40s, that ultimately I do too much. I think too much, I need to relax more. To be fair, my wife says it a lot, 'you're here but you're not present'. I was doing an interview the other day with Geoff Shreeves, Geoff's known me 15-20 years.

"And he said, 'the problem when I ask you a question, you've got my question within the first two seconds. For the next eight seconds you are thinking about what you're doing after'."

Neville is a familiar face to Sky Sports viewers, who are entertained by his banter with Jamie Carragher and informed by his co-commentary during matches. The ex-England international is all-go a lot of the time while he has been keen to wrestle back free time to his life.

He added: "I have [made changes] but then it is the actual sustaining of the changes and not dipping back into your old habits. That is the problem. So what do I do? I train 4-5 times a week. I have a sleep ring, it focuses me on the time I need to sleep at night. But I don't always wear it.

"It's in my bag, I didn't wear it last night and I am annoyed at myself because I didn't wear it because I forgot to put it on when I got back. Habits, you drift back into your old habits. I try not to pick up my phone when I first wake up but I am failing miserably at that."