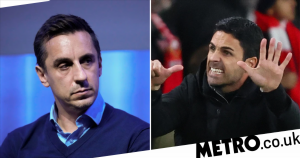 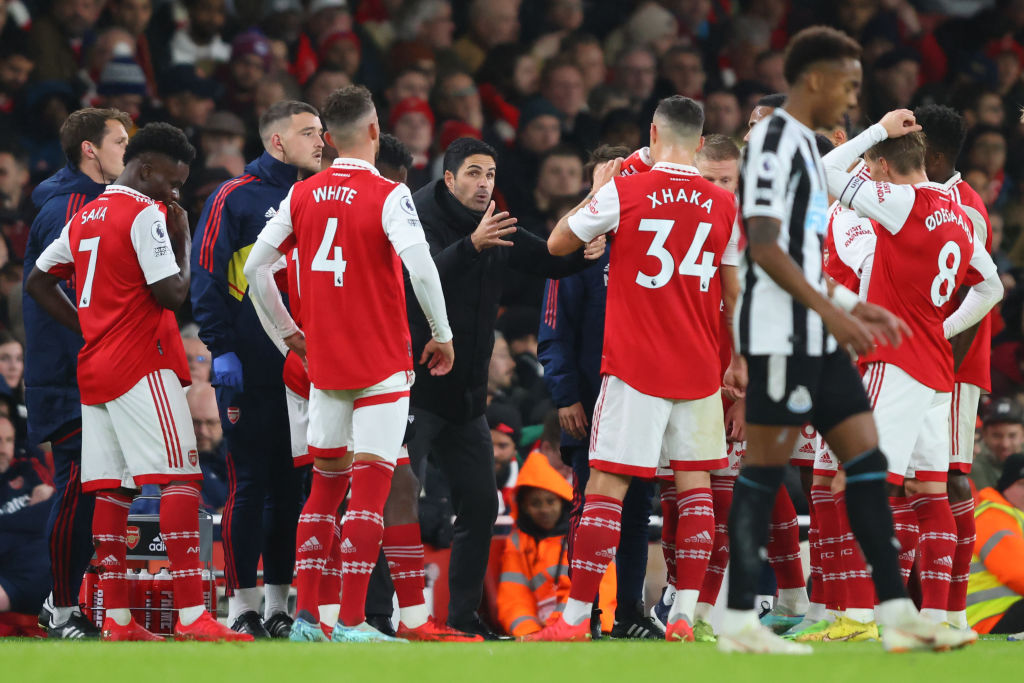 Gary Neville disagreed with Mikel Arteta’s claim that Arsenal were on the receiving end of two ‘scandalous’ VAR errors in their goalless draw with Newcastle United.

The Gunners failed to extend their lead at the top of the Premier League to 10 points on Tuesday night as they were held to a 0-0 draw by Newcastle.

Chances were few and far between at the Emirates Stadium but Arteta felt Arsenal should have been awarded two penalties as they pushed for a winner.

On the hour mark, Newcastle defender Dan Burn appeared to haul back Gabriel from a free-kick, before Arsenal were appealing for a spot-kick in the dying minutes for a handball.

Neville disagreed with Arteta’s strong statement and said it would in fact have been ‘scandalous’ had the late handball resulted in a penalty.

The former Manchester United and England defender had more sympathy for the first appeal, however, and said Newcastle were ‘very lucky’ not to be penalised.

‘When you cannot win you cannot lose and we kept a clean sheet and had a really good performance. Now we go again.

Newcastle boss Eddie Howe also addressed Arsenal’s penalty appeals, telling Sky Sports: ‘Obviously at that stage of the game you’re thinking please no, the lads have given so much. That would have been a travesty for us.

‘I didn’t think it was a penalty just because of the proximity, but you just never know. Me and Mikel, it was fine.’

While Arsenal now boast an eight-point lead at the top of the Premier League, Manchester City will cut the deficit to five if they beat Chelsea on Thursday.