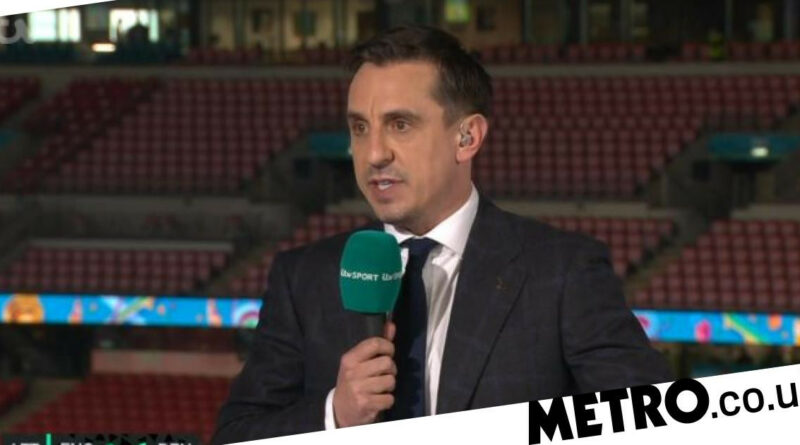 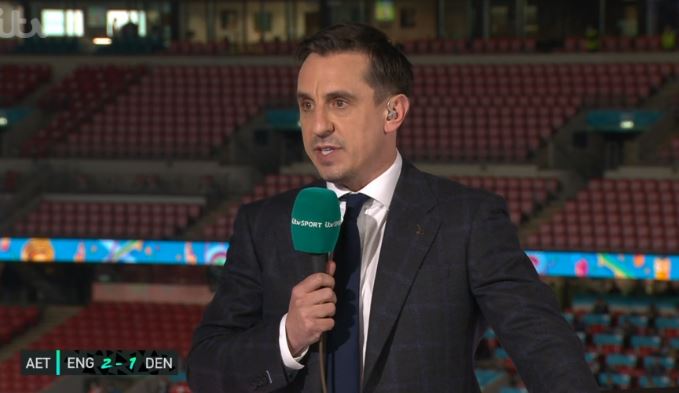 Gary Neville believes Bukayo Saka could be dropped for England’s Euro 2020 final against Italy on Sunday.

The Arsenal winger regained his place in Gareth Southgate’s starting line-up on Wednesday evening as England sealed a 2-1 win over Denmark in extra time.

But Neville believes the final at Wembley could be ‘one game too much’ for Saka, who missed the 4-0 win over Ukraine in the quarter-final due to an ankle injury.

And the former United defender believes either Jadon Sancho or Marcus Rashford, who is yet to start a game this tournament, are the two best options to replace Saka.

‘I agreed with bringing him [Saka] back last night because I felt he had been the most lively of the wide players, along with Raheem Sterling,’ Neville told Sky Sports.

‘I am not sure he will start Sunday. I think that might just be too much for him.

‘What he did last night, the amount he has given in this tournament, I just feel we will see somebody else.

‘I look at [Giorgio] Chiellini and [Leonardo] Bonucci, and I think, who wouldn’t they like to have in those wide areas, making those inside runs?

‘And I actually think it could be a game for [Marcus] Rashford or [Jadon] Sancho to accompany Sterling in those wide positions.

‘I think those wide positions need to be quick players, who make out to in runs, so I don’t think we will see Saka on Sunday.

‘I think it might be one game too much for him.

‘I was there in Euro 1996 as a 21-year-old and I was absolutely exhausted as I went through the tournament.

‘I just feel that, on Sunday, he may be a handy sub to have and he [Southgate] may bring in other players, who haven’t played on Wednesday night.’