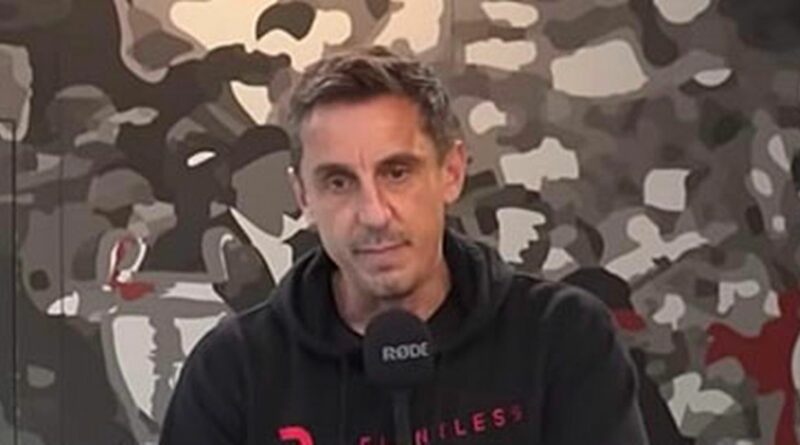 Gary Neville says he isn't sure who to support when Liverpool take on Manchester City – because he dislikes and admires both clubs equally.

The Reds are set to face Premier League champions City at Anfield on Sunday afternoon, with both clubs in need of a win to leapfrog Chelsea at the top of the table.

The two sides have enjoyed a fascinating rivalry in recent years, meaning their latest battle on Merseyside is likely to be entertaining.

But Neville can't work out which team he wants to win the game, insisting he is "neutral" because of his equal dislike and admiration for them.

"People’s always say to me when I come to these games 'who do you want to win' – and I have not got a clue," he said.

"I’m actually as neutral as I can be today in the dislike I have for both of these clubs but the admiration and respect in the way they both play."

Both teams head into Sunday's clash on the back of an impressive run of form in the Premier League.

Who do you think will win at Anfield? Let us know in the comments section below.

City have recorded five straight clean sheets since their opening 1-0 defeat away at Tottenham, picking up big wins over Arsenal, Leicester and Chelsea.

Liverpool, meanwhile, are still yet to suffer defeat this season, although the franticness of their 3-3 draw away at Brentford last week was a slight concern for Jurgen Klopp.

Neville believes the hosts need to take the game to City, adding: "They have to have a right go at City. The only way I’ve seen them beat City in the past is when they’ve got right in about them, pressed them high, go for it.

"They’ll do that for 25-30 minutes, City will know that’s coming, Pep Guardiola will try play through the lines, they’ll try take the steam out of the game.

"Look, it’s been the best game for about three or four years.

"Some of the quality in this match has been unbelievable and I can’t wait today."

Is Everton vs Chelsea on TV tonight? Kick-off time, channel and how to watch Premier League fixture