Manchester United legend Gary Neville claims he was left shocked by Liverpool signing Virgil van Dijk and Alisson in 2018. Van Dijk joined Liverpool from Southampton in January of that year for a then world-record transfer fee for a defender of £75m. Later that year, goalkeeper Alisson joined Liverpool for £66.8m, which was also a record fee for his position.

Neville, sitting alongside Liverpool legend Jamie Carragher on Monday Night Football Retro, claimed for the 15 years or so previous to Van Dijk and Alisson’s arrivals the Reds were always spending lower than their rivals.

The former right-back said he felt Liverpool were only a couple of players away at times of challenging for the Premier League title but they would never go that extra mile in the transfer market.

And that is why he was so surprised when almost £150m was spent on two players two years ago.

“It did always feel like [Liverpool] were toying at it in the transfer market, you wouldn’t quite go for the best players,” Neville said. 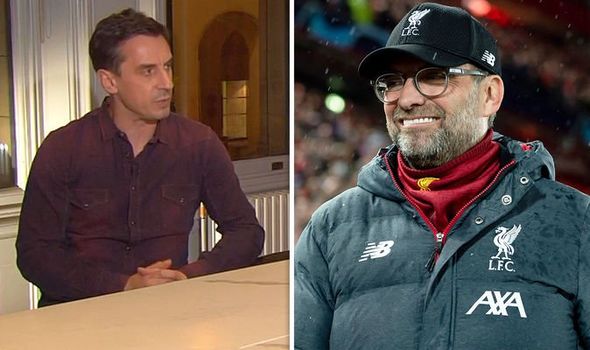 “There was a feeling you either couldn’t go for the best players because financially you didn’t have the money or you couldn’t attract the players to come to Liverpool because Arsenal were better, we were better.

“You weren’t at that time attractive to come to as a club because you hadn’t won the league for a number of years.

“It always felt like you were toying with it in the transfer market.

DON’T MISS
Man Utd make decision on new £70m striker, Chelsea £140m double transfer plan, Arsenal [TRANSFERS]
Who would be Player of the Season and make the Team of the Season if it finished now? [DEBATE]
Gary Lineker placed in self isolation after son shows coronavirus symptoms [NEWS]

“I think that’s what’s shocked me in the last few years about what Jurgen Klopp’s done.

“Because up until the point where he went for Alisson and Van Dijk, Liverpool still weren’t going to the levels of the other clubs. 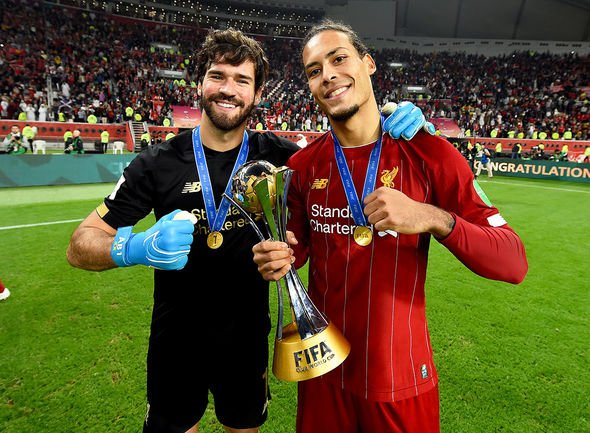 “They were the last pieces of the jigsaw in essence.

“It always felt to me, going back those 10 to 15 years ago, you had that team that had [Javier] Mascherano, [Xabi] Alonso, [Fernando] Torres, [Steven] Gerrard, [Carragher], [Sami] Hyppia, [Pepe] Reina in net and that’s the one point that I thought ‘It’s a hell of a team this, another one or two onto this then…’

“But then Alonso left, Mascherano left, that team started to fall away, and then Torres obviously left a year or so after.”

Aston Villa vs Everton Preview: Both sides need a victory

Peter Bonetti dies at the age of 78