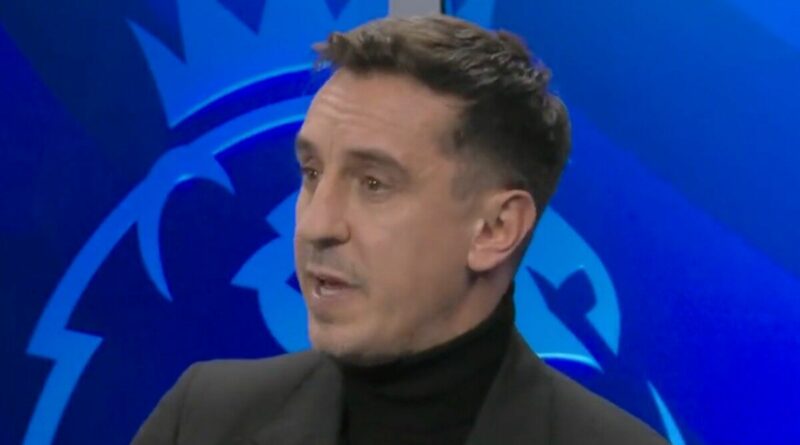 Gary Neville has urged England manager Gareth Southgate to exclude Liverpool right-back Trent Alexander-Arnold from his World Cup squad in favour of Arsenal’s Ben White. The Three Lions boss will name his 26-man travelling party for the showcase in Qatar, and Alexander-Arnold’s inclusion remains up in the air.

He told Sky Sports: “It’s a really tough one because his brilliance going forward is out of this world, but we’re talking about knockout football. How England are going to win or lose in the World Cup is going to come down to a moment, a mistake, concentration. And at this moment in time, I can’t see how Gareth could go into a knockout game of a World Cup playing Trent Alexander-Arnold.

“I want this player to be the greatest right-back of all time. He’s got the ability to do that. But today, at times, again, he looked like he could cost Liverpool dearly. And he does rash things. In the World Cup, I think he’s given away a penalty today. We saw some of those challenges today.

“In a World Cup, there would have been a penalty against him today. And in the second phase or a final, he’s given a goal away, so I don’t think Gareth will trust him in a knockout game, which means will he then take him? He’s got four brilliant right-backs also potentially to gO.”

JUST IN: Antonio Conte responds to boos from fans in ‘unfair’ Liverpool defeat

We’ll be bringing you the very latest updates, pictures and video on this breaking news story.
For the latest news and breaking news visit: express.co.uk/sport/football
Stay up to date with all the big headlines, pictures, analysis, opinion and video on the stories that matter to you.
Follow us on Twitter @dexpress_sport – the official Daily Express & Express.co.uk Twitter account – providing real news in real time.
We’re also on Facebook @dailyexpresssport – offering your must-see news, features, videos and pictures throughout the day to like, comment and share from the Daily Express, Sunday Express and Express.co.uk.