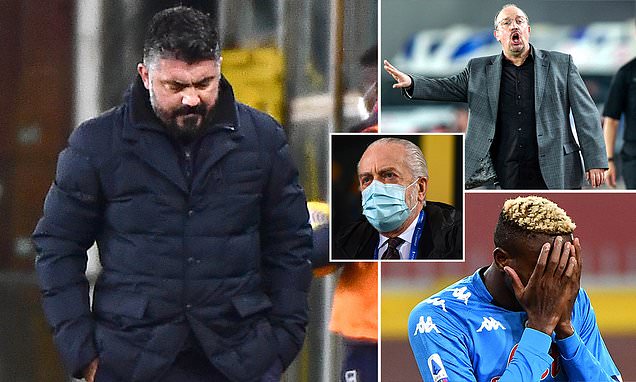 Gennaro Gattuso has led Napoli to cup glory and they are still in top-four contention, yet he could be out of a job in two games’ time… it is no surprise his anger his bubbling over, with Walter Mazzarri and Rafa Benitez being lined up to replace him

On first glance, there is little more Gennaro Gattuso could be doing to call his time at Napoli a success.

Hot on the heels of ending their six-year wait for a trophy, he has improved their league form dramatically, with the Partenopei 13 points better off than they were at the same stage last season.

Still, it appears not to be enough, and Gattuso knows it. 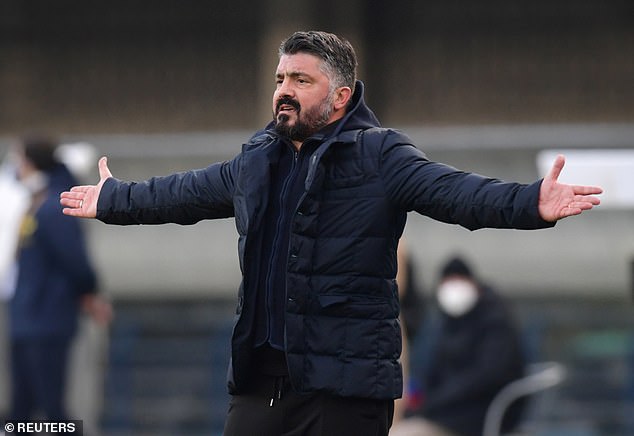 Gennaro Gattuso finds his job under threat at Napoli, despite improvements made this season

A smattering of disappointing results have seen rumours of unrest in the boardroom snowball, to the point where it is widely reported the next two matches – against Atlanta in the Coppa Italia and Juventus in Serie A – will determine his short-term future.

And even then, it is highly unlikely he can keep his role in the long-term either.

Napoli currently sit sixth in the Serie A table. While not as lofty as the positions they have been accustomed to in recent years, it is a significant improvement on where Gattuso found them a year ago.

Having taken over in December 2019, the former Rangers midfielder inherited a side in free-fall. At the 20-match stage, they had accrued just 24 points and were languishing in 14th place following a disastrous start to the season under Carlo Ancelotti. 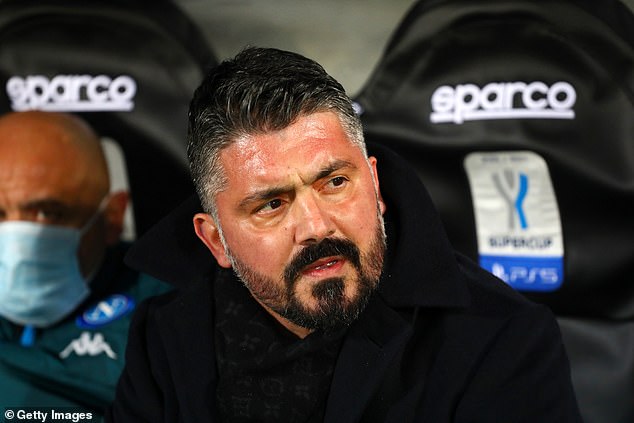 Now, they are 13 points, better off, sat in sixth with a game in hand, and very much in the race for a spot in the top four and a place in the Champions League for next season.

However, that does not appear to be enough for fans and detractors.

Despite eye-catching results against Roma and Fiorentina this season, more has been made of the results that didn’t go their way. Rather, a draw with relegation-threatened Torino or  shock defeats to Hellas Verona and Spezia have set the tone.

It has been a source of great frustration for Gattuso, who has come out fighting in his press conferences in response to some of the fierce criticism.

‘I’ve heard that I’m dying and I can’t coach. That I’m incompetent and perhaps that’s the truest thing of all,’ he snapped in one recent meeting with the media.

‘It isn’t easy, you know. It’s not normal what’s going on here. If a fan has nothing better to do than spend hours in front of a keyboard writing things about me, that’s not my problem.

‘But some of the abuse I’ve got has come from people who are well-known and have been working here for years. I can’t accept that.’

Unfortunately it is not just fans and the media that appear concerned. President Aurelio De Lautentiis is also fretting. 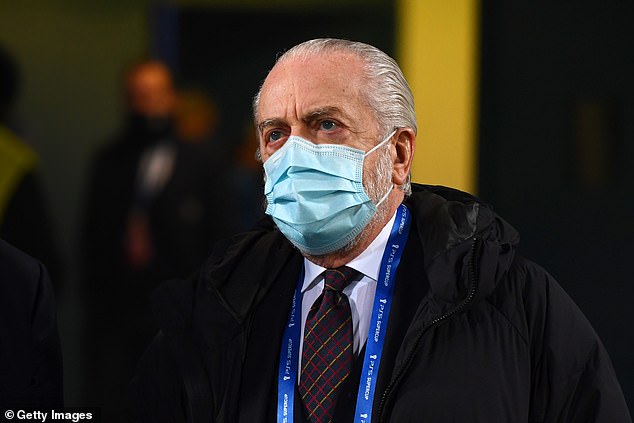 So much so that, following a board meeting at the end of last month, a vote of confidence was given to the manager.

It is a sure sign that his time at the Stadio Diego Armando Maradona is closer to its end, rather than its beginning. A sad state of affairs for a man that has battled against myasthenia – a neuromuscular disease that can affect the eyes and face. Some detractors have even used his condition against him when questioning his performance as coach during this campaign.

It is reported that the owner has even prepared for all eventualities – be that sacking the boss should the next two matches go awry, Or biding their time to find a replacement this summer.

There is an argument to suggest Gattuso may have brought this on himself in some small way. His reluctance to open talks on a contract renewal, be it for his health reasons or other, has alerted the club to the fact they may need to act sooner rather than later on a replacement.

But the speculation that has followed has been largely unfair on a boss who can point to a proven improvement in the 12 months or so he has been in Naples.

Despite that, names have been bandied about. In the short term, reports suggest their could be returns for Rafa Benitez or Walter Mazzarri to guide the ship should Gattuso be made to walk the plank. 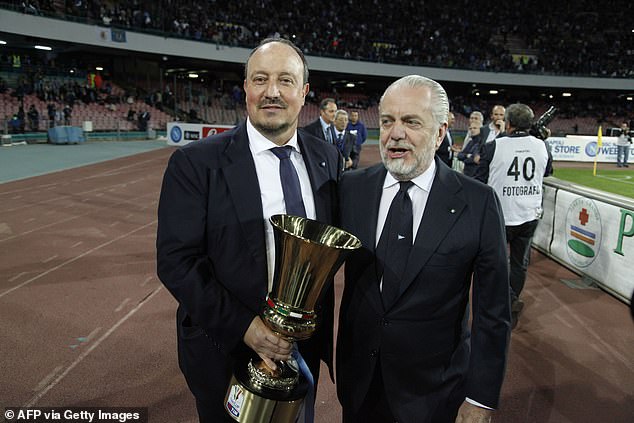 Long term, there could be moves for Roberto De Zerbi of Sassuolo. Hellas Verona coach Ivan Juric and Spezia’s Vincenzo Italiano have also been mooted after both guiding their sides to victory over Napoli this season.

It is at this point Gattuso needs a little more help from his players, with his bigger stars too often letting him down this season.

While playing incredibly well, Lorenzo Insigne is still failing to step up on the big occasions. His missed penalty in the Supercoppa Italiana clash with Juventus handed victory to Andrea Pirlo’s side. 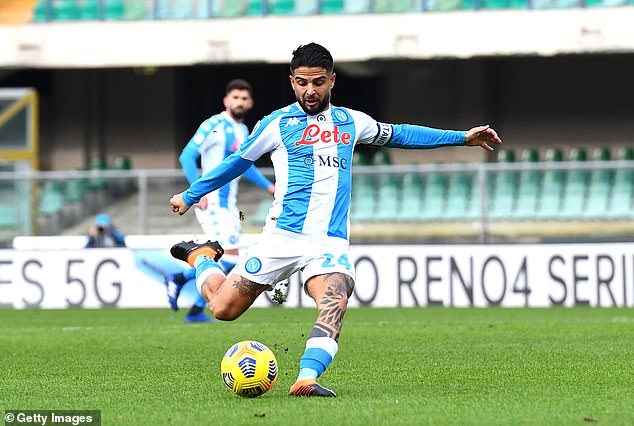 Lorenzo Insigne has starred this season, but has once again let his team down on big occasions 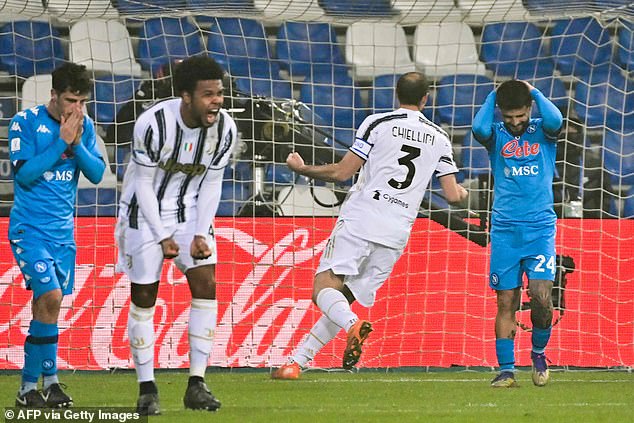 He has had to do without Dries Mertens following an ankle injury he picked up against Inter, while Victor Osimhen made few friends with his conduct over Christmas.

Returning to Nigeria, the €70million signing from Lille was pictured out partying with a mask. He subsequently tested positive for Covid-19.

The pandemic still continues to affect the squad, too. Kalidou Koulibaly and Faouzi Ghoulam have both contracted the virus and are currently out of action.

Osimhen has at least recovered and is available, having previously also been ruled out for a period this season with a dislocated shoulder.

A repeat of their cup heroics from last season could well be enough to keep Gattuso in his role for now, and they have every chance of reaching the final against Juventus following a 0-0 draw in their semi-final first-leg against Atlanta.

While last year’s final was beacon of hope for a bright future, it looks likely that any final this time around would be a swansong for the valiant Napoli boss. 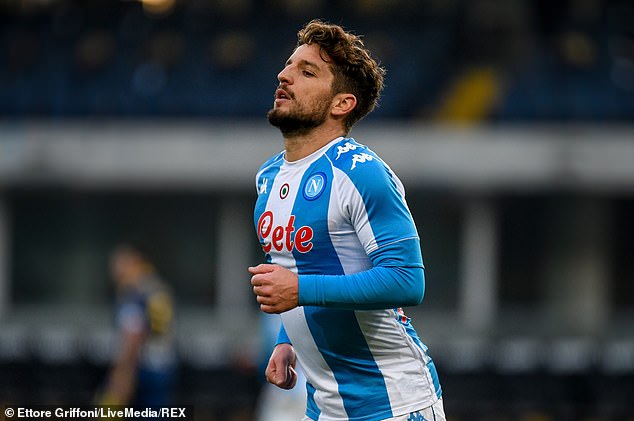 Dries Mertens, one of Gattuso’s key stars, has been out for a long stretch with an ankle injury 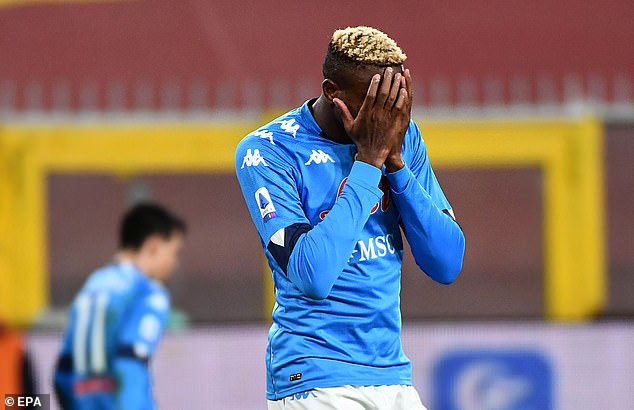