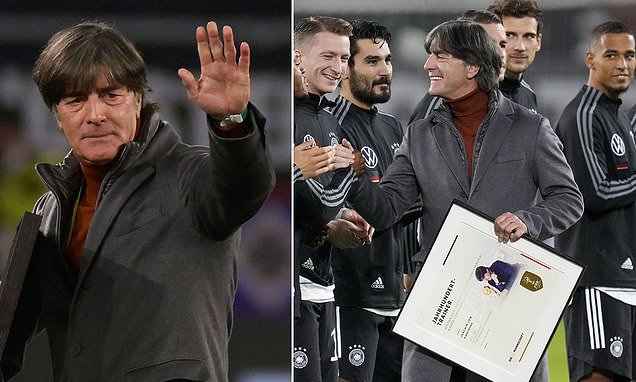 Former Germany manager Joachim Low was honoured by supporters and players before their World Cup qualifier against Liechtenstein.

Low managed the national side for 15 years before departing at the end of the European championships in the summer – with his final game coming in the 2-0 Round of 16 defeat to England.

The 61-year-old’s highlight during his tenure came in 2014 when Germany lifted the World Cup in Brazil after beating Argentina 1-0 in the final. 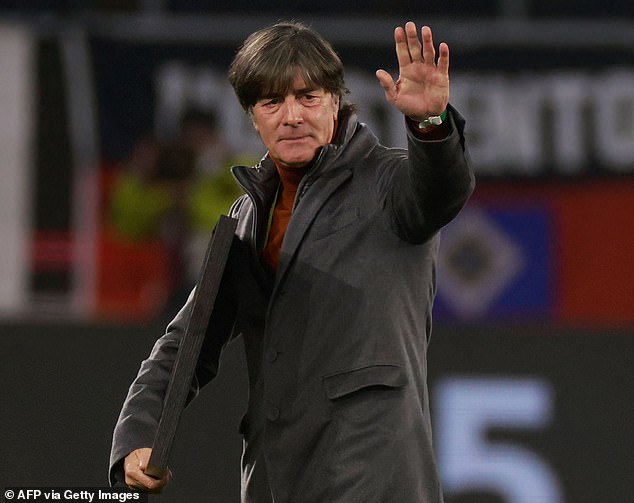 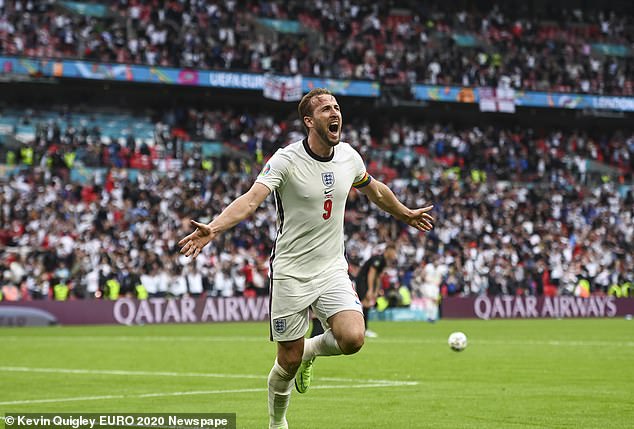 A presentation was held before Germany’s 9-0 thrashing of Liechtenstein, giving the chance for supporters and players to thank Low after his departure from the coaching staff.

Fans held up a mosaic which read ‘Danke Jogi’ as the former manager walked onto the field to applause.

He shook the hands of former players including Lukas Podolski, Sami Khedira and Miroslav Klose who were all part of the 2014 World Cup winning squad. 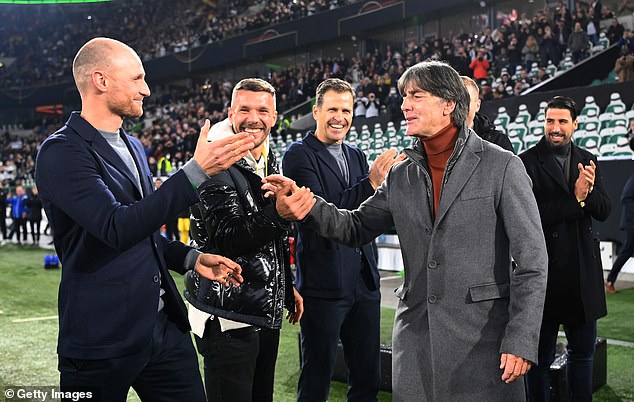 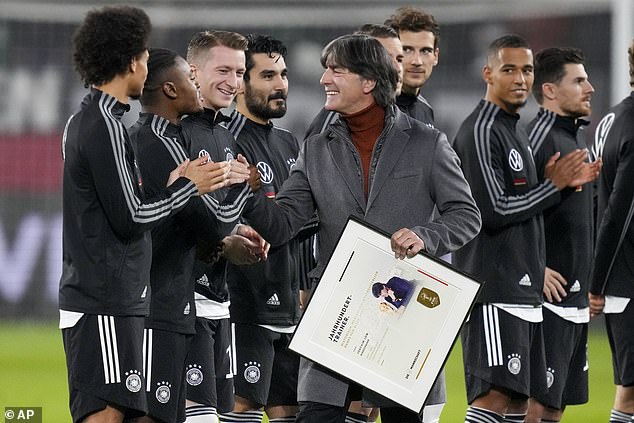 Low then received a gift before he shook the hands of the squad which played on Thursday evening.

He then walked off to big applause on a night in which Germany romped to victory.

Low, 61, took over from Jurgen Klinsmann in August 2006 and went on to guide them to World Cup success in 2014, when they memorably defeated hosts Brazil 7-1 in the semi-finals. 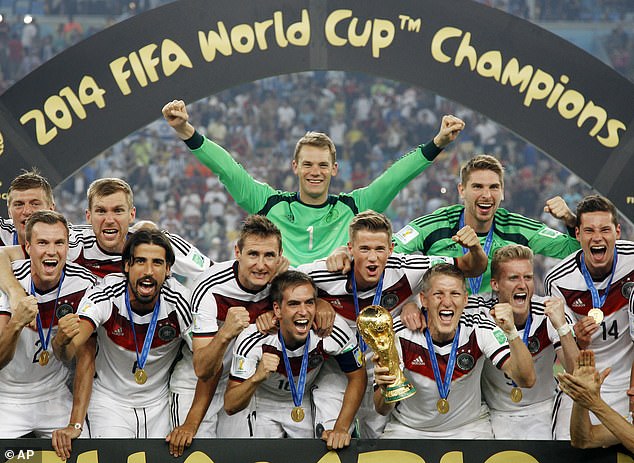 Germany reached the semi-finals of Euro 2016, losing to hosts France, but then suffered an exit at the group stage of the World Cup for the first time in 2018 while also failing to impress in the inaugural UEFA Nations League campaign.

Low, who was assistant to Klinsmann from 2004, had been contracted until the 2022 World Cup but approached the German Football Association (DFB) to request an early departure following the conclusion of the delayed Euro 2020 tournament.

He was replaced as manager by former Bayern Munich boss Hansi Flick.