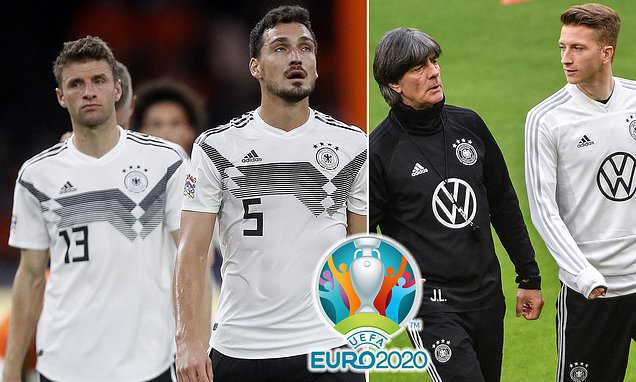 Germany are set to recall outcasts Thomas Muller and Mats Hummels to the international team ahead of Euro 2020 when the squad is expected to be announced later on Wednesday.

The duo were sensationally axed from the national side by Joachim Low less than a year after featuring in a squad that as world champions crashed to a disastrous performance in the 2018 World Cup where they were eliminated at the group stage.

According to Bild, Low watched Hummels in action for Borussia Dortmund against RB Leipzig in the 4-1 German Cup final win recently and regarded the 32-year-old’s performance as ‘strong.’ 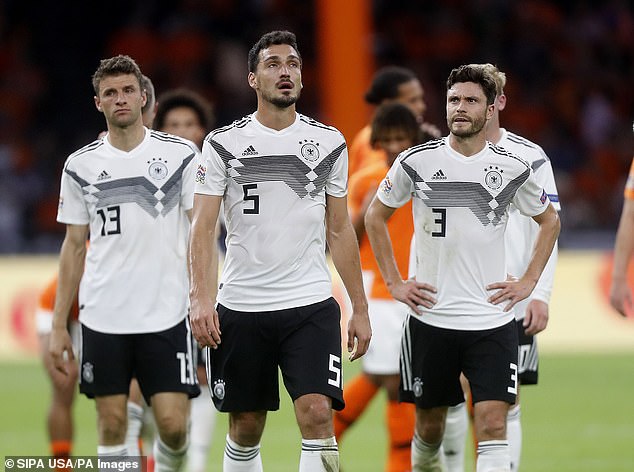 The recalls to the national side come after UEFA announced that teams would be increasing squad sizes to 26 for the tournament, opening up three more spots for Low.

Shortly after his axing, Hummels was left furious, insisting that Low change his mind, saying on Instagram: ‘[It’s] difficult to understand [this] sporting decision. Low should now revise this!’

At the start of the year Hummels admitted he was still open to a return, telling Bild: ‘I’ve already given a lot of thought to it, I’ve always been very emotional and passionate about the German national team.’ 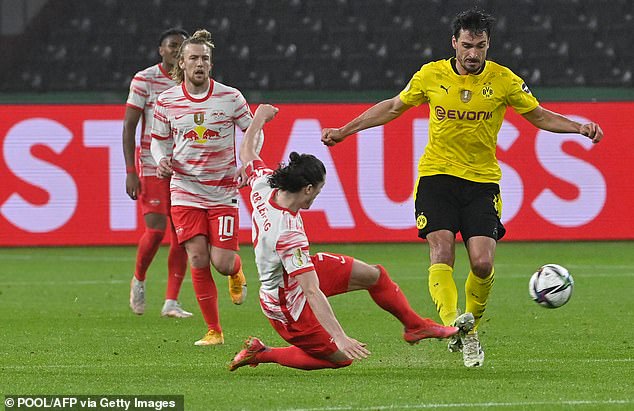 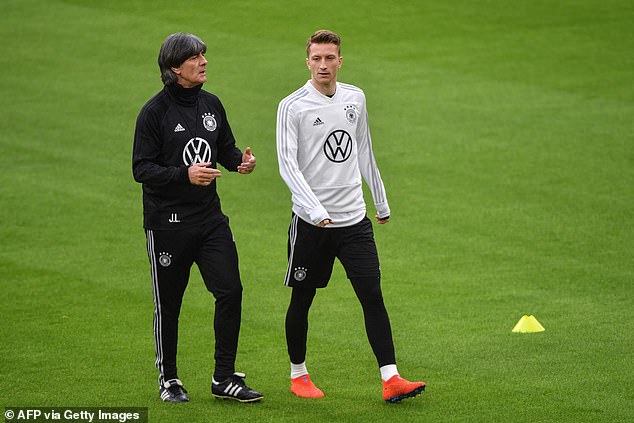 Another player who Low invited for a recall was Hummels’ Dortmund team-mate Marco Reus.

However the 31-year-old has turned his back on the national team, insisting he needs the summer to rest after a gruelling a campaign which he entered having been injured seven months prior to the start of the season.

Reus said on Instagram: ‘This decision was very difficult for me because I am always full of pride when I can stand up for my country. I have come to the decision to give my body time to recover!’

Hummels last featured for Germany by collecting a 70th cap in a 2-2 Nations League draw against Holland in November 2018 before he was dropped along with Muller and Jerome Boateng to make way for fresh blood in the squad. 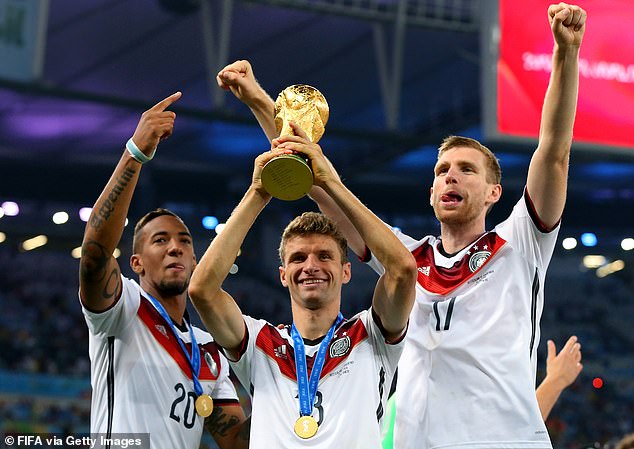 Although Muller and Hummels will now be recalled, there is expected to be no return for Boateng.

Germany’s new breed of stars have struggled in the last year. Back in November they suffered their worst ever defeat in a competitive game when they were hammered 6-0 in Spain in a Nations League clash.

They have also stumbled out of the blocks in the World Cup qualifiers too, losing their most recent match at home following a shock 2-1 defeat by North Macedonia.

Muller’s recall was first reported earlier in the month, with the 31-year-old who has 100 caps for his country, with pressure having been put on Low to recall his former stars who helped Germany win the World Cup seven years ago in a bid to get the national team back on track. 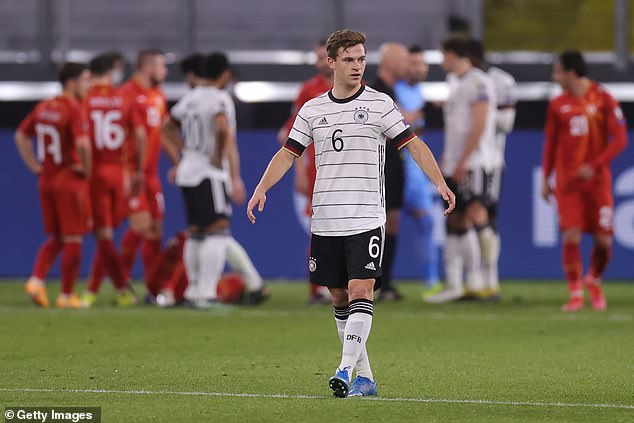 Germany’s youthful stars have struggled, losing 2-1 at home to North Macedonia in March

Low has already announced that he will be leaving his post as Germany boss following 15 years service after the European Championship.

The poor results have seen fans and even past stars urge Low to bring back his experienced stars and as recently as February, Low admitted the door was not fully closed to his veterans.

He told Kicker: ‘Special circumstances can justify an interruption in the upheaval.

‘That (the future of the trio) will be a difficult and important question, also for me. The character of Thomas Muller and Mats Hummels is that they don’t oppress others.’ 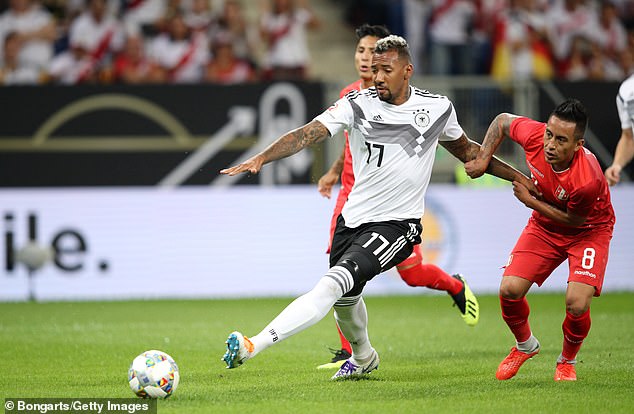 Real Madrid star Toni Kroos turned the screw further in March when he questioned Low’s wisdom to take a more youthful yet inexperienced approach with the national team.

‘I believe that in the end you have to plan a little ahead,’ he told Sky Germany.

‘I am now questioning whether the coach’s plan has worked out in the way he wanted it to be.

‘It is clear that the intention after the World Cup was relatively clear. And now you have to find the best possible team for the next tournament.’

Jadon Sancho: Manchester United will not pay more than £50m for England winger 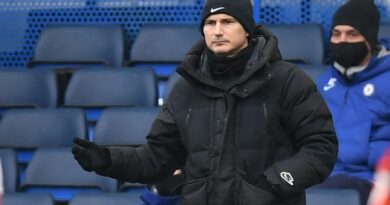