Fans are being treated to some classic Euro 96 matches due to the lack of football caused by the coronavirus pandemic. Host nation England met Germany in the semi-finals of the tournament and you can relive the action this evening.

Who won Germany vs England at Euro 96?

The Euro 96 semi-final took place at Wembley Stadium on June 26 in front of 76,000 spectators.

Unfortunately for the hosts, this is where their tournament came to an end as England were knocked out via a penalty shootout. 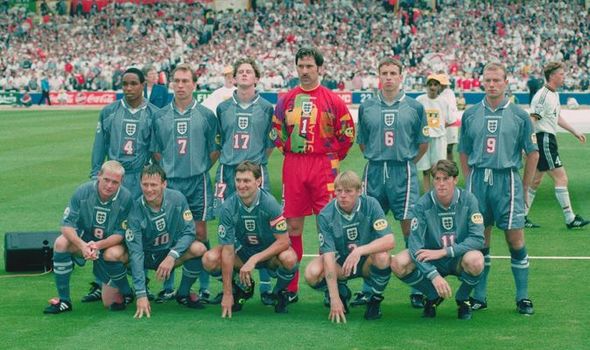 But the Germans found an equaliser when Stefan Kuntz fired home at close range on 16 minutes.

Nothing could separate the sides for the remainder of the game and extra-time was required.

Again, the score remained 1-1 after extra-time and the showdown headed to a penalty shootout. 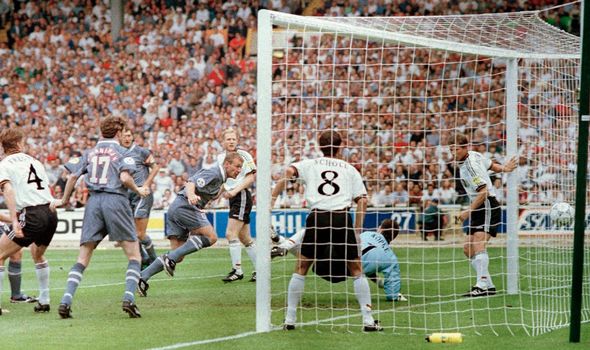 England and Germany both scored their opening five strikes as the contest went to sudden death.

Current England manager Gareth Southgate was next to step up but saw his low effort agonisingly saved by Andreas Kopke.

That handed Germany the chance to book their place in the final of Euro 96 and Andreas Moller made no mistake as he smashed his spot-kick past David Seaman.

Southgate reflected on that penalty miss in an interview with GQ earlier this month.

He said: “I carried that with me for more than 20 years.

“And although I feel like I’ve repaid a bit of a debt to the country by helping the team win a penalty shoot-out at a World Cup and reaching the semi-final, that’s of no consequence to those lads who were playing that night.

“I’m old enough to accept there were lots of other chances within the game and lots of things have happened since.

“But before I got to this stage in my life, ultimately, I felt… well, everything was on that one kick. And I failed under pressure. 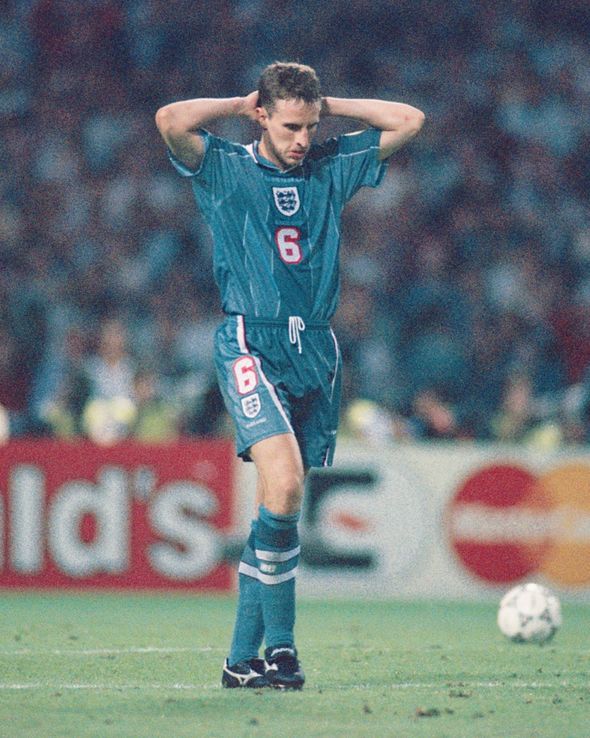 “And those guys, as well as everybody else, suffered because of that.”

How to watch Germany vs England Euro 96 match

Fans can relive the classic encounter through ITV.

Live streaming is available via the ITV Hub and on the broadcaster’s website.