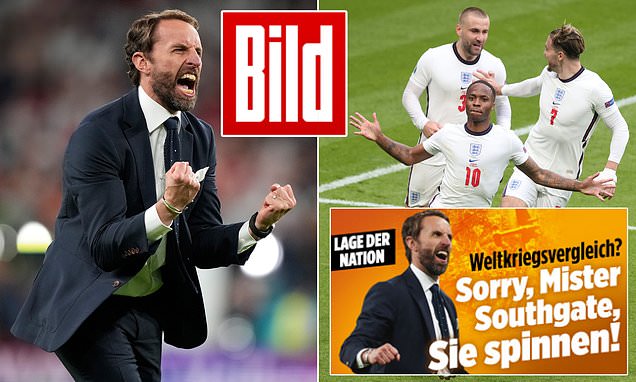 ‘Sorry Mister Southgate, you’re crazy!’: Germany’s biggest newspaper slam England’s manager for ‘watching too many Churchill films and wanting to be the second greatest Briton of all time’, after he suggested memories of World War II helped inspire Euro 2020 run

Gareth Southgate has been slammed by Germany’s biggest newspaper for suggesting that memories of the Second World War helpd inspire England’s Euro 2020 run – including their last 16 victory over Joachim Low’s side.

The Three Lions beat Germany 2-0 to reach the quarter-final and wins against Ukraine and Denmark have ensured their place in today’s Euro 2020 final with Italy at Wembley.

England’s only triumph in a major tournament came in 1966 when they beat Germany 4-2 in extra-time and Southgate highlighted the historic significance of reaching another Wembley final. 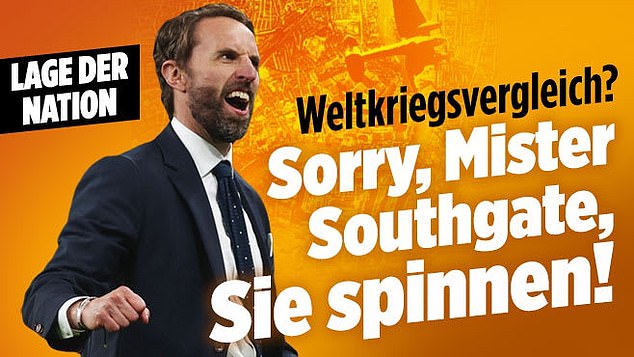 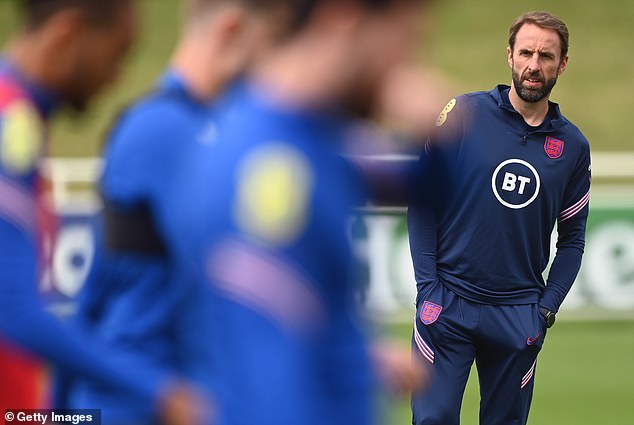 The manager referenced England’s wartime spirit as he urged supporters to be proud the country’s achievements on and off the pitch.

‘I think there are historic things that we should be proud of,’ Southgate said on Friday.

‘There are different aspects to it, but at heart I go back to the values that my parents gave me and treating people as you would want to be treated, and just respectful really.

‘But also people have tried to invade us and we’ve had the courage to hold that back. You can’t hide that some of the energy in the stadium against Germany was because of that. I never mentioned that to the players, but I know that’s part of what that story was. 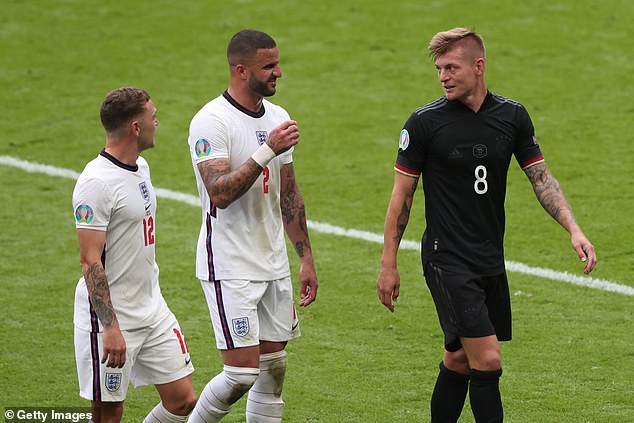 HOW DID SOUTHGATE RILE THE GERMANS?

When speaking about England’s motivations, the manager said on Friday: ‘People have tried to invade us and we’ve had the courage to hold that back.

‘You can’t hide that some of the energy in the stadium against Germany was because of that. I never mentioned that to the players, but I know that’s part of what that story was.’

‘We have so many things here that we should be proud of that we probably underestimate, that maybe if we were living in other countries we always see what’s good about them, but we are always looking at the negatives of our own country.

‘Yet we have got so much to be proud of. For an island our size, we’ve got an incredible influence on the world and we’ve got to keep that in a positive way.’

German newspaper Bild did not take kindly to Southgate’s comments and launched a tirade of criticism.

Referencing Southgate’s remarks, they wrote: ‘It is correct: Nazi Germany unleashed an air battle over England in 1940/41 and wanted to bomb the island to surrender. The iron will of Prime Minister Winston Churchill not only saved his own country, but also helped to liberate Europe from Nazi criminals.

‘He was rightly voted the greatest Brit of all time on a TV show a few years ago. As a reminder, Mister Southgate: Churchill’s enemies were Hitler and Göring – not Thomas Müller and Manuel Neuer.

‘Hardly any of the spectators at the round of 16 at Wembley Stadium saw the end of the war 76 years ago.

‘The English press, which used to like to get the old ghosts out of the box, has long since let it go. They last appeared at the European Championship in 1996, when the English superstar Paul Gascoigne was shown wearing a steel helmet. Next to the headline: “Caution, surrender”, “Caution, surrender”. 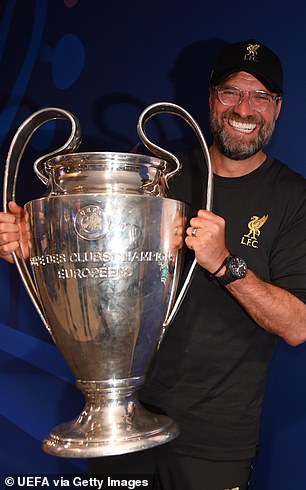 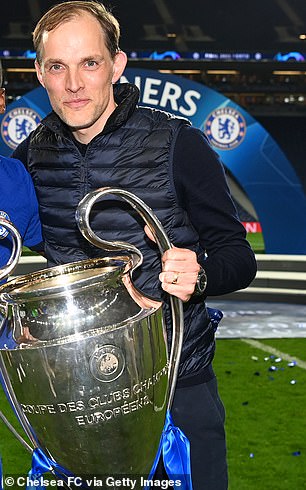 ‘After a storm of indignation in England, the world war is no longer a story in football. Since then, “wars” have only been waged with towels on Mallorca.’

The outlet went on to reference the success of German managers in English football before branding Southgate as ‘crazy’ and suggesting he had watched too many Winston Churchill films.

‘The German coaches Klopp and Tuchel ensured the last triumphs of English football in Europe. Why not? We live in 2021, not 1945,’ they continued.

‘What drove you to make these statements? Have you watched too many Churchill films in training camp and now want to become the second greatest Briton of all time? Has the national intoxication seized you? Did you think of your grandfather, who served in the Navy under Churchill?

‘We Germans, who were rightly eliminated, should look forward to a great final. If England wins, it’s up to Sterling and Kane, not the war.’ 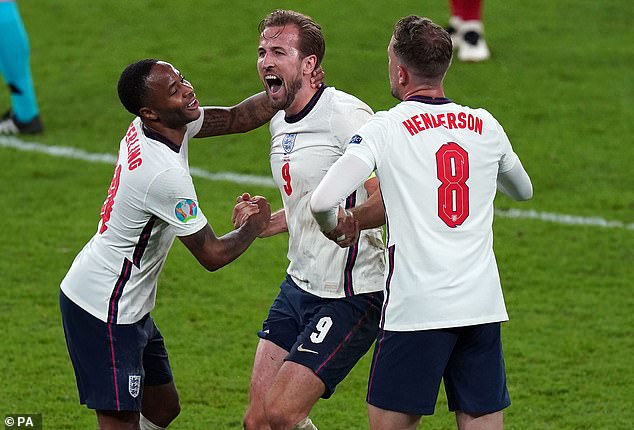 Bild said England’s chances in the final will be determined by Harry Kane and Raheem Sterling, not the war 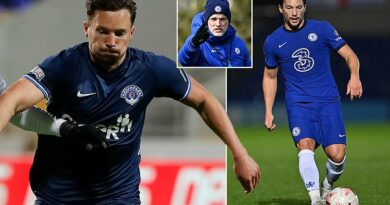