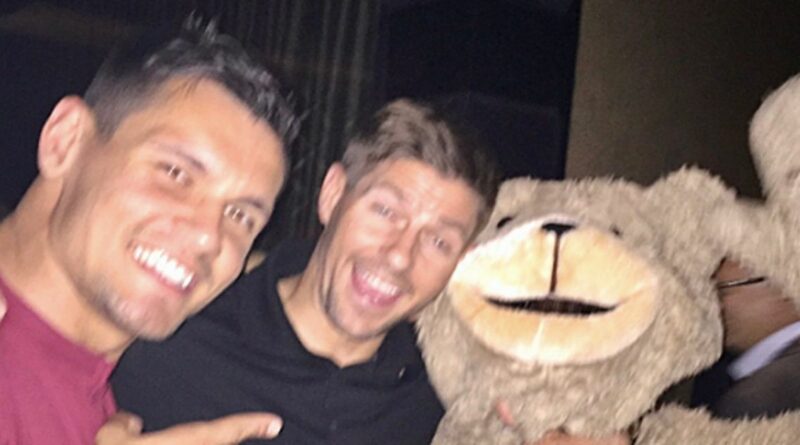 Champions League winner Dejan Lovren has posted an image with a bleary-eyed Steven Gerrard for the former Liverpool stars 41st birthday on May 30.

Gerrard, who has just guided Rangers to an undefeated season in the Scottish Premier League, turned 41 over the weekend, and his former teammates were quick to wish him a happy birthday.

His triumph at Rangers was Gerrard's first silverware since the 11/12 League Cup.

And Lovren – who is notoriously active on social media – shared an image of himself, a bleary-eyed Gerrard, and a teddy bear appearing to be waving at the camera on his Twitter feed.

The Croatian spent one season playing alongside Gerrard before the Englishman left for LA Galaxy in 2015.

Lovren, on the other hand, only left Anfield last summer, and in the time between his departure and Gerrard's, the 31-year-old kitted out his trophy cabinet with success in the Champions League and Premier League.

But in their short stint together, the pair appear to have struck up quite the relationship.

They were exchanging words on Instagram earlier this year when Borna Barisic joined Lovren's new side, and Gerrard requested he 'take care of him'.

Lovren is winding down his playing days at Zenit St Petersburg, and he's already won the Russian Premier League and the Russian Cup on the Baltic Sea.

However, he is showing no signs of contemplating retirement as he continues to rack up appearances in Russia.