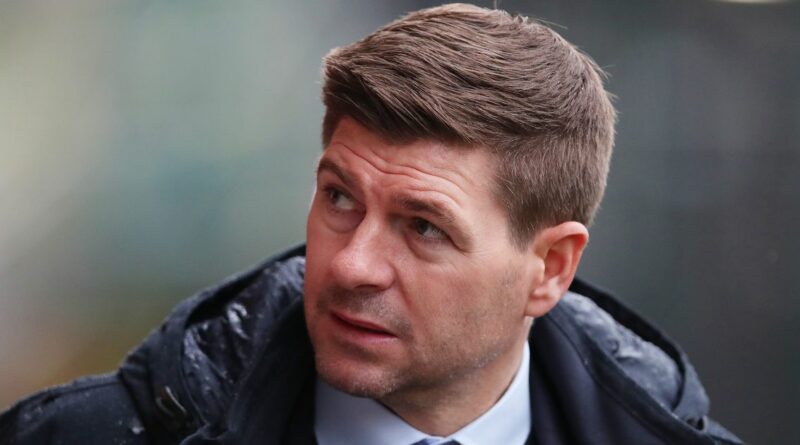 Steven Gerrard would be risking his chances of one day managing Liverpool if he leaves Rangers to join Aston Villa, says Ibrox legend Ally McCoist.

Villa have reportedly identified Gerrard as one of their top targets to replace Dean Smith, who was dismissed by the club on Sunday amid a run of five straight Premier League defeats.

As a result, Villa are exploring the possibility of hiring him as their new boss, with the Daily Mail claiming they are set to make a formal approach for his services.

But McCoist has warned Gerrard that his hopes of becoming Liverpool manager in the future could be shattered if he heads to Villa and fails.

The ex-Rangers player and manager said on talkSPORT: "He wants the Liverpool job, right? What if he goes to Aston Villa and it doesn't work out?

"He's got a better chance of success at Rangers than he does at Aston Villa if he wants the Liverpool job.

Do you think Steven Gerrard should leave Rangers for Aston Villa? Let us know in the comments section below.

"So [if] he goes to Aston Villa and it doesn't work out, he's not gonna get the Liverpool job.

"If he stays at Rangers, they won the league this year, retain the league, straight into the Champions League, great success and he's got a better chance of [getting] the Liverpool job."

Gerrard is not the only coach being linked with the vacant post at Villa Park, nevertheless.

Belgium manager Roberto Martinez is also understood to be on their radar, while Denmark boss Kasper Hjulmand is another potential option.

Yet, Gerrard reportedly leads the way as Villa's No.1 target, and former Celtic striker Chris Sutton disagrees with McCoist's stance.

"Eventually Gerrard will come down south and of course the talk is he is going to end up at Liverpool," Sutton said on BBC Radio 5 Live.

"I don't want to call Aston Villa a stepping stone – they are an enormous club – but he needs to maybe learn his trade at a club like Villa, not at a club who are going to compete at the very top of the table.

"I think it will suit him – Gary McAllister, his assistant, spent time there with Gerard Houllier, so there's a link there.

"In truth you manage Rangers, you manage Celtic, it has a shelf life and I just wonder if Gerrard has come to the end of his shelf life. If he's offered the job I'm pretty sure he'll take it."

Liverpool stars get back to business after Champions League heroics

Norwich are going down with a whimper having spent little