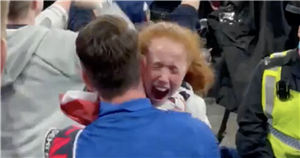 A 10-year-old girl who was filmed crying tears of joy after Mason Mount gave her his shirt has revealed she "bunked off school" to watch England beat Denmark in the Euro 2020 semi-final.

She broke down in tears of happiness after the Chelsea midfielder topped off an already incredibly night by jumping into the crowd and handing over his number 10. shirt.

As he walked back to join his team-mates, footage showed Mount grinning from ear-to-ear as the young girl stared open-mouthed and was hugged tightly by her dad.

The beautiful moment was caught on camera and has already been viewed over 5million times. It has also been retweeted 11.5k times and received an incredible 65.7k likes.

Before the match, Belle told ITV News that she had "bunked off school" to attend the match.

She told the broadcaster she was "11 out of 10 excited" for the match and predicted a 3-0 win for England.

Belle wrote on social media today: "Had the best day ever at Wembley. Thank you Mason Mount."

Did you ever bunk off school to attend a sporting event? Let us know in the comments section.

The youngster, whose own shirt also had the number 10. on the back – the same as Mount's – is a child model who has posed for high-profile brands such as Burberry.

England will now face Italy in Sunday's European Championship final as Gareth Southgate's side look to win the competition for the very first time.

Speaking after the match, the Three Lions boss said: "This group of players have been fantastic to work with, their togetherness, those not in the team supporting their team mates, they deserve what's happening.

"They've been a joy to work with. We have one more step against a fantastic team who are unbeaten in however many matches we know the size of the task, we know they have those two warriors at the back who have seen all this before.

"But what a brilliant moment for us." 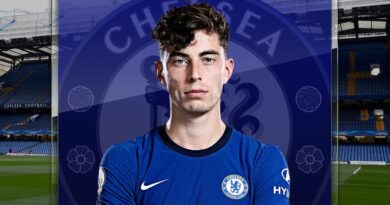 Kai Havertz exclusive: Chelsea forward reflects on his own form, playing as a false nine, and must-win matches 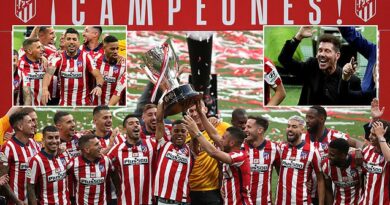