Gomez was subbed off at half-time in a 1-1 draw against FC Midtjylland, which Gasperini said was because he ‘wasn’t satisfied with his performance’.

But reports in Italy have suggested that Gomez’s refusal to follow orders was behind the substitution. 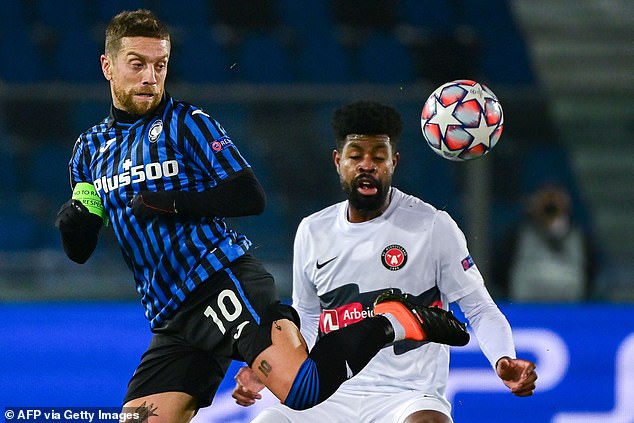 La Gazzetta dello Sport reported that shortly before half-time, and 1-0 down in the Champions League Group D fixture, Gasperini asked the 32-year-old to stay on the right of a 3-4-3 formation rather than cutting inside to a more central position.

Gomez replied: ‘No.’ It was a response, the paper states, that couldn’t be missed given the game was played behind closed doors at the Gewiss Stadium.

After he was replaced by Josip Ilicic, Gomez didn’t come back out with his team-mates who were on the bench. 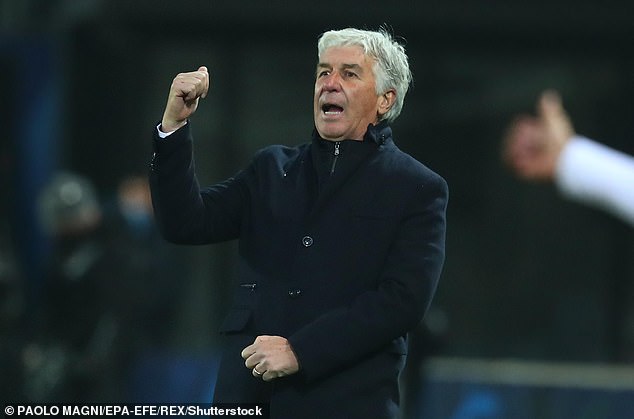 The 1-1 draw capped a frustrating evening for Gasperini, who is under pressure to help Atalanta rediscover the type of form that saw them finish third in Serie A and reach the quarter-finals of the Champions League.

The 1-1 draw against FC Midtjylland left Atalanta second in Group D, a point above Ajax in third who they face in their final group fixture.

Atalanta are off the pace in Serie A in 8th position, nine points behind league leaders AC Milan.