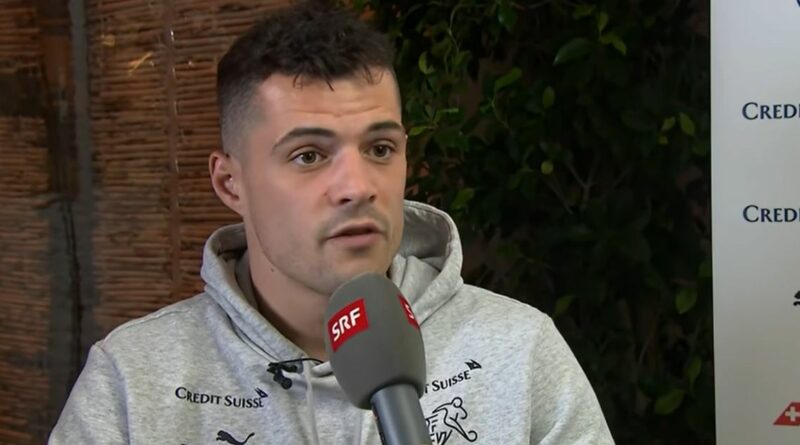 Arsenal star Granit Xhaka has admitted he had his suitcases packed and was ready to leave the Gunners following a tirade of abuse from fans.

Xhaka has struggled to keep fans onside since his arrival from Borussia Monchengladbach in 2016 in a deal that cost Arsenal £30million. And he has now exclusively revealed to The Players' Tribune that he came close to quitting the club three years after his arrival.

The decision to leave the Emirates Stadium came after a now-infamous game against Crystal Palace. Xhaka had been made captain but was subbed off as the Gunners threw away a two-goal lead.

The Swiss international was roundly booed as he made his way off the pitch, which Xhaka responded to by cupping his ear and throwing his shirt to the ground. That incident led to the midfielder coming close to calling it quits on his Arsenal career.

"My bags were packed. The passports were out. I was done with Arsenal. Finished. There was a contract on the table from another club, and all I had to do was sign. I had talked with my wife, Leonita, and we had decided to leave," he told The Players' Tribune.

"I was just going to say goodbye to Mikel, and then we would board the plane. This was in December 2019. Two months earlier, well … you know what happened. I want to make it very clear that I love Arsenal. I will give everything for this club until the day I leave.

Where do you think Arsenal will finish in the Premier League this season? Let us know in the comments section…

"But that day against Crystal Palace, things went over the line. I was taken off after about an hour. I had barely begun to move when I heard the boos. And it was not just a few guys in the corner — it was a lot of people. I was shocked.

"When I got close to the tunnel, I looked up at the fans sitting there — and this is the part that I will always remember. When I close my eyes now, I can still see their faces. I can see their anger. This is hate. Pure hate."

Xhaka insisted that he has no issue with being criticised for his performances in an Arsenal shirt. But the intensity of the abuse towards at the Palace game left him feeling like he needed to react.

"I have never had a problem with criticism. Was Xhaka s*** today? O.K. No problem. But to be booed by your own fans? As captain? That is different. That is about respect. This word has always been huge for me, ever since I was a kid," he added.

"I talked back, I cupped an ear, and when I got off the pitch I threw my shirt on the ground and went down the tunnel. Was I wrong to do what I did? Yes. But would I do anything differently if it happened again tomorrow? Honestly, I don’t know."