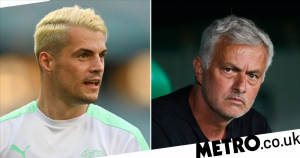 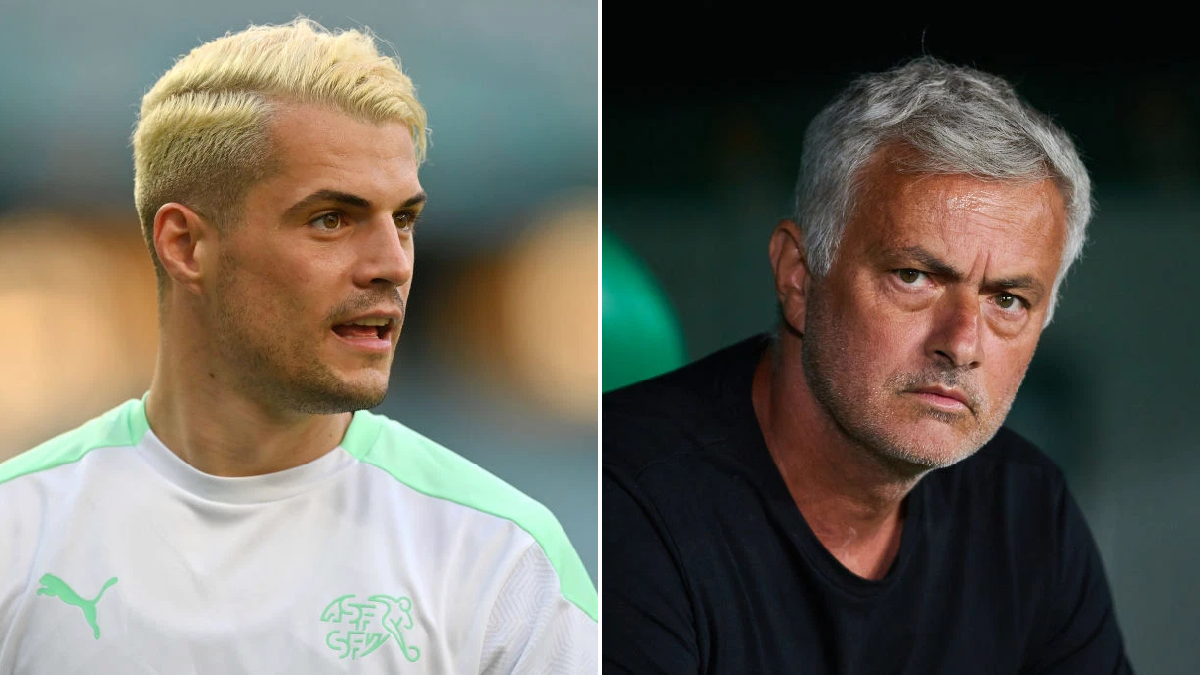 Granit Xhaka has responded after Jose Mourinho urged him to get the Covid-19 vaccine – just days after the Arsenal midfielder tested positive for coronavirus.

Xhaka – who was sent off in his last appearance for Arsenal, a 5-0 Premier League defeat to Manchester City – missed Switzerland’s 2-1 friendly win over Greece on Wednesday after testing positive for Covid-19.

The Swiss FA have confirmed Xhaka opted not to take the coronavirus vaccine despite being offered one, with research conducted by The Telegraph revealing almost a third of English Football League players have decided not to get jabbed.

Roma manager Mourinho, who tried to bring Xhaka to Italy earlier in the summer, has urged the Arsenal star to look after himself and get the Covid-19 vaccine.

The former Tottenham, Manchester United, Chelsea and Real Madrid boss said: ‘Get the jab Granit and be safe.’

After missing Switzerland’s victory over Greece, Xhaka has also been ruled out of the crucial World Cup qualifiers against Group C rivals Italy and Northern Ireland.

Swiss football chief Adrian Arnold said: ‘Granit Xhaka was not vaccinated. He’s a player who isn’t vaccinated. We left this up to each player, it’s a personal decision of each player – just like any other person in Switzerland.

‘We have issued a recommendation that everyone vaccinate. But he decided for himself personally. And it is also his right not to be vaccinated.’

Xhaka was sent off during Arsenal’s most recent match, the 5-0 thrashing at the hands of Man City at the Etihad.

‘With the Premier League people often talk about English toughness. I hit the ball 100 per cent and got a red.

‘The pictures weren’t checked by the VAR. I’ve seen tougher tackles that weren’t even assessed as a foul.’

Lampard wants to 'freshen up' Chelsea, targeting Werner and Coutinho