Arsenal boss Unai Emery has confirmed Granit Xhaka has been stripped of the captaincy.

The Switzerland international told fans to f*** off after being booed during Arsenal’s 2-2 draw with Crystal Palace.

Xhaka released a statement to explain his actions, claiming he’s received death threats from Gunners fans over a dip in form which led to a boiling point.

Arsenal supporters demanded the midfielder was stripped of the captaincy, with some wanting him to leave the club.

I needed to take a decision and now it is closed

Xhaka has been left out of a third consecutive Gunners squad since his bust-up with fans at the Emirates.

And Emery has confirmed his decision to remove Xhaka as club captain, with the Spaniard saying Pierre-Emerick Aubameyang will take the armband.

Speaking at his pre-match press conference ahead of Arsenal’s Europa League clash with Vitoria, Emery said: “I had a meeting with him and told him he is now longer in the captain’s group.

“I needed to take a decision and now it is closed. 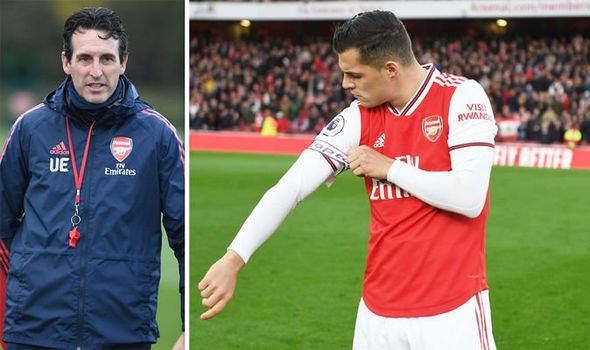 “Granit is finished as captain. His future with us is coming in the next months.”

Arsenal fan favourite Aubameyang will replace Xhaka as club captain at the Emirates.

The striker has been the Gunners’ main man this season, netting nine goals in all competitions under Emery.

Emery was also asked whether Xhaka has a future at Arsenal after losing the captaincy.

However, the Spaniard remained coy on the issue, hinting the club is more important than Xhaka. 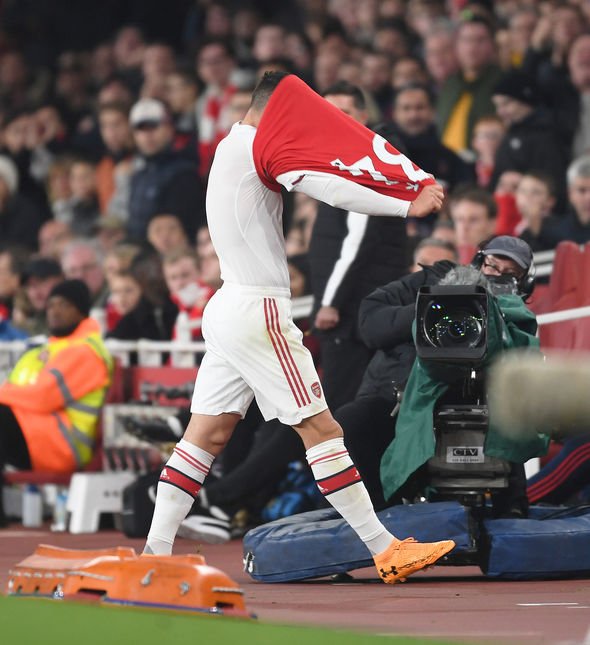 He said: “The future is Arsenal’s future. We have a very important match on Saturday.

“We need to take some decisions… My focus is for tomorrow.

“He is our player, we want to respect him.”

Arsenal face Vitoria in the Europa League on Wednesday afternoon.

The Gunners will then turn their attention to the Premier League, with Emery’s men facing Leicester in the late kick off on Saturday.