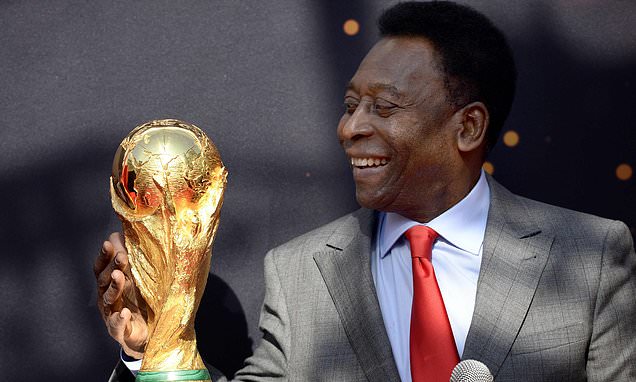 The Premier League has paid tribute to Pele, with Pep Guardiola hailing the Brazilian’s ‘eternal’ legacy.

Pele died aged 82 on Thursday following a long battle with colon cancer, and clubs in the top flight and EFL will honour his memory this weekend with black armbands and a minute’s applause before games.

The football icon’s death sparked a huge outpouring of affection and respect in Brazil and around the globe, with monuments in his homeland – including Rio de Janeiro’s Christ the Redeemer statue and Sao Paulo’s Neo Quimica Arena – lit up in his honour. 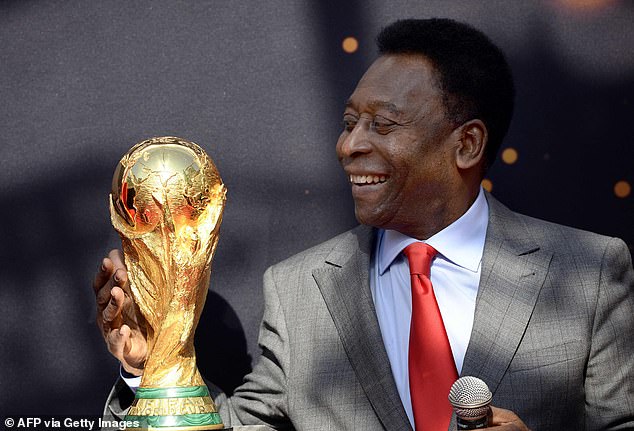 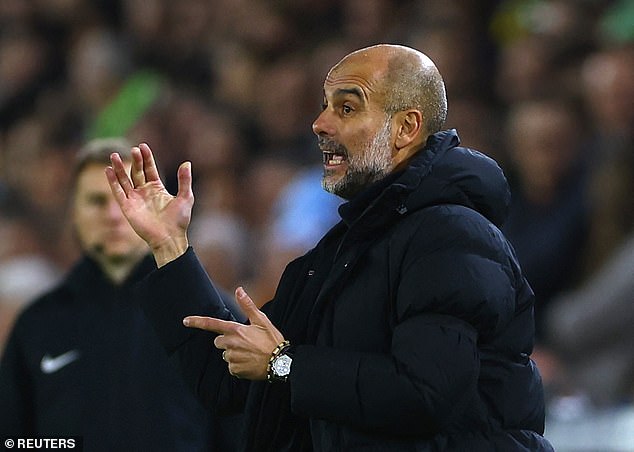 ‘I think Pele, Diego Maradona, Johan Cruyff, Lionel Messi, Franz Beckenbauer, Cristiano Ronaldo — these type of players will be for ever, they will be eternal.’

Tottenham manager Antonio Conte revealed how he learned all about Pele from his father. 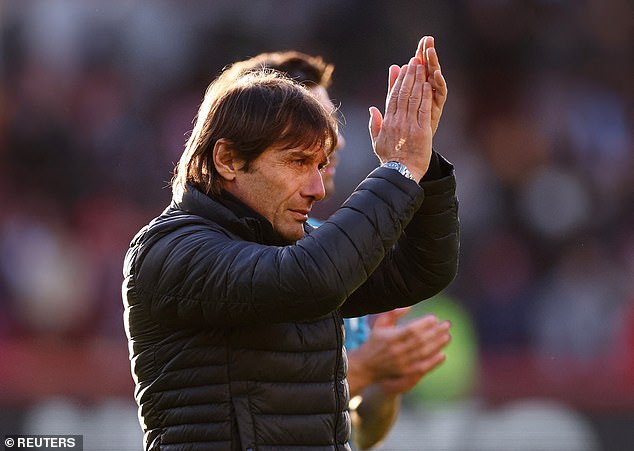 ‘My father was in love with Pele because for him, he was the best player in the world. Then I watched the final of the World Cup and it was incredible what he did with the ball,’ said Conte.

‘If I have to compare Pele with Maradona, it is different because with Pele I listened, I had my father and I watched through the TV his quality and that he was an amazing player.

‘With Maradona, I had the opportunity to play against him. Then to see and to touch his ability.’

Pele’s wake will take place on Monday, after the inauguration of president-elect Luiz Inacio Lula da Silva, on the pitch at the stadium of Santos, his hometown club.

On Tuesday, a procession carrying his coffin will pass through the streets of Santos, ending at the Ecumenical Memorial Necropolis cemetery, where he will be buried in a private ceremony.