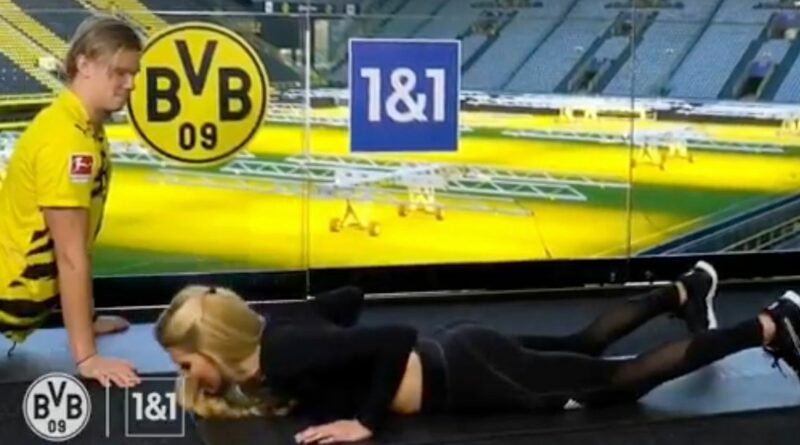 Fans think Erling Haaland has been spotted enjoying a workout session with a jaw-dropping German model a little too much.

Users on Twitter were sent into a meltdown after old footage re-emerged of the clinical Borussia Dortmund man “checking out” blonde fitness model Pamela Reif. In a YouTube video uploaded to Dortmund’s channel last season, the stunning social media influencer showed Haaland some of her stretching exercises.

At one point in the video, Reif performs an upward-facing dog pose for Haaland to copy. But the Norwegian ace appeared to enjoy the view as his eyes wandered down and he pulled a look of approval.

Fans unsurprisingly voiced their amusement after coming across the video, with one Twitter user saying: “Dortmund knows how to keep their young lads happy.”

Another wrote: “They caught my guy in 4K.”

And a third added: “At least we know he’s not a robot now.” Haaland is reportedly set to join Premier League leaders Manchester City on his way to becoming English football’s highest earner on £500,000-per-week. Pep Guardiola’s side are understood to have agreed terms with the striker, who has a sensational record of 82 goals in 85 matches for the Bundesliga juggernauts.

The Norwegian phenom’s €75m (£62m) release clause becomes active in the summer, putting all of Europe's top dogs on red alert. And it appears City are now in pole position in the race to trigger his release clause and make Haaland their star striker. According to The Daily Mail, he is considered 'likely' to sign a five-year deal with City before the end of this season. If Haaland does sign on with City, it will bring an end to Guardiola's long search for a striker.

The report claims City hope to wrap up a deal in time for Haaland to take part in the club's pre-season US tour in July. Guardiola's side are expected to play two games during that tour, meaning Haaland could make his debut long before next season begins. 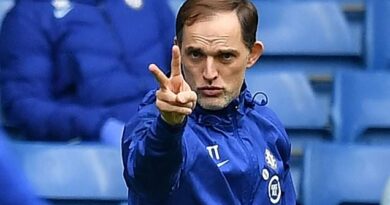 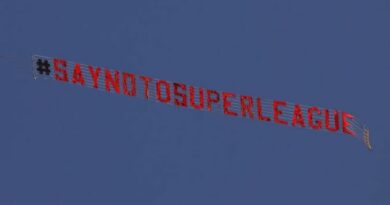