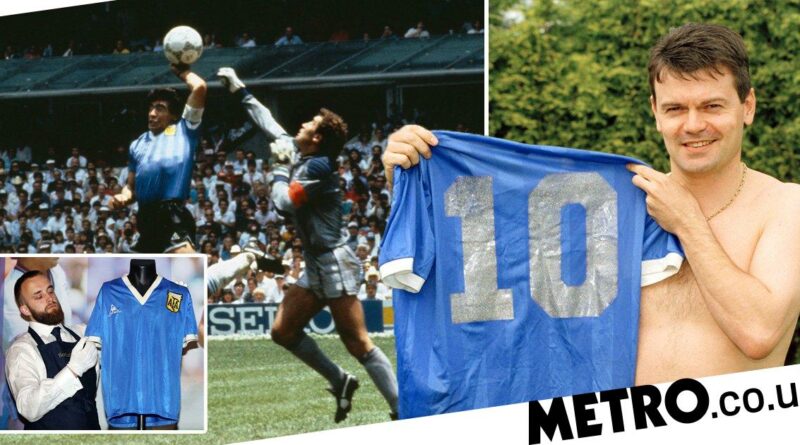 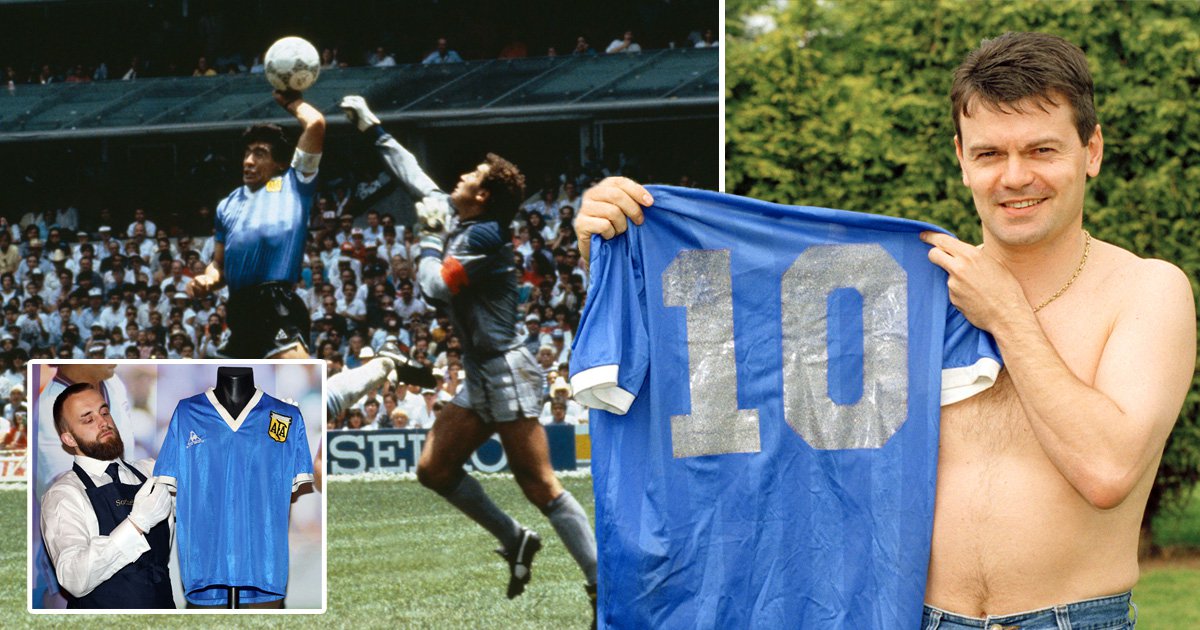 Nottingham Forest legend Steve Hodge has banked over £7million after selling the ‘Hand of God’ shirt worn by Diego Maradona when he sent England out of the World Cup in 1986.

Nearly four decades ago, football icon Maradona scored two legendary goals for Argentina as they beat the Three Lions in the World Cup quarter-finals in Mexico.

The first one was the famous ‘Hand of God’ goal as the playmaker punched the ball into the net with his fist beyond Peter Shilton, while the second was a dazzling run which began inside his own half and is known as the ‘Goal of the Century’.

Following the match, former England international Hodge swapped shirts with Maradona and has kept ownership of it ever since, loaning it to the National Football Museum.

But in April, the 59-year-old decided to sell up and let the historical piece go under the hammer at Sotheby’s, with the auction taking place on Wednesday where the winning bid came in at £7,142,500 – the highest figure ever paid for a match-worn sports jersey.

Hodge said: ‘I have been the proud owner of this item for over 35 years, since Diego and I swapped shirts in the tunnel after the famed match. It was an absolute privilege to have played against one of the greatest and most magnificent football players of all time.

‘It has also been a pleasure to share it with the public over the last 20 years at the National Football Museum, where it has been on display.

‘The Hand of God shirt has deep cultural meaning to the football world, the people of Argentina, and the people of England, and I’m certain that the new owner will have immense pride in owning the world’s most iconic football shirt.’

In a late twist, the Argentina FA reportedly sent Hodge a request not to give up the shirt at auction and rather sell the piece to them but their appeal fell on deaf ears.

Following the victory over the Three Lions in the quarter-finals, Maradona led Argentina to World Cup success as they beat West Germany 3-2 in the final.

In later years, the legendary footballer suffered with health issues and passed away after a cardiac arrest in November 2020. Hodge was approached about selling the jersey at the time but felt it would be in poor taste. 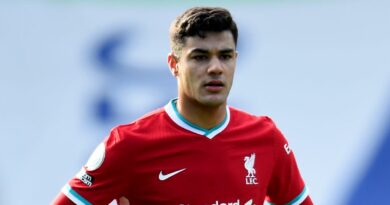